A visual guide to your Happn encounters.

A simple map for actually finding someone you met on Happn. 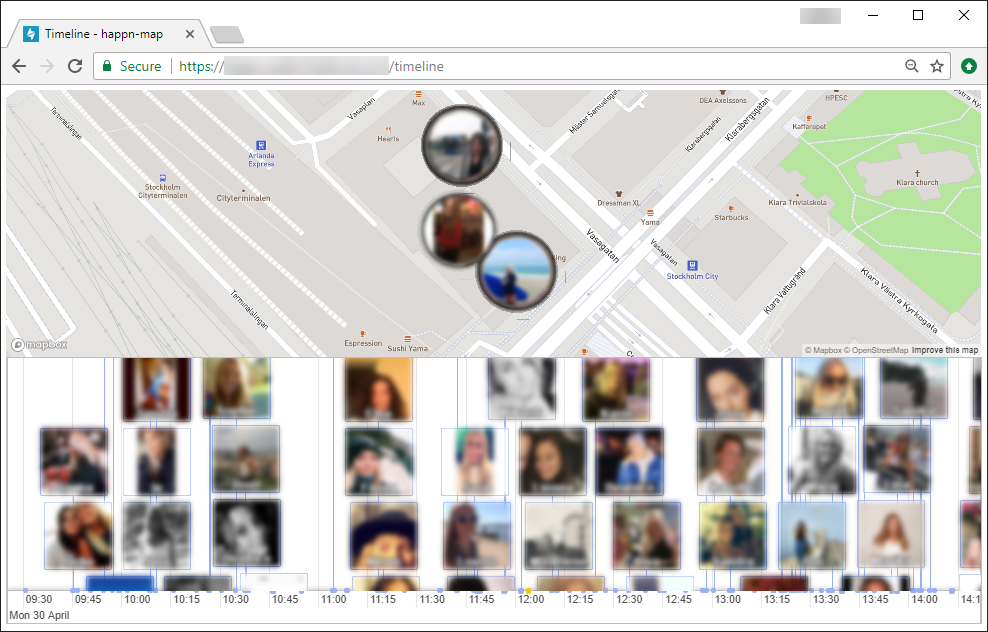 Happn is a great idea. The premise is that you go about your day and see someone you fancy. Maybe you exchange smiles on a bus, maybe it's the cute person in front of you at the supermarket, who knows? The point is, you're supposed to encounter anyone that also has the app and has been in the same area as you at the same time.

The catch, however, is that the UI for Happn is essentially a clunky version of Tinder, meaning you only see one person at a time. While you can scroll through your matches, in reality it's not a feasible way to find that person you saw on the subway. Imagine how many people you pass every day, and if only one in twenty has Happn installed, you'll soon find your self scrolling at the same rate you pass by new users.

happn-map is built with the following tools, and you'll probably have to deal with at least one of them if you want to hack away. If that's your cup o' tea, send me a pull request!

An honorary mention goes out to hfreire for his awesome happn-wrapper.

A visual guide to your Happn encounters.