Tools for managing your warframe servers. 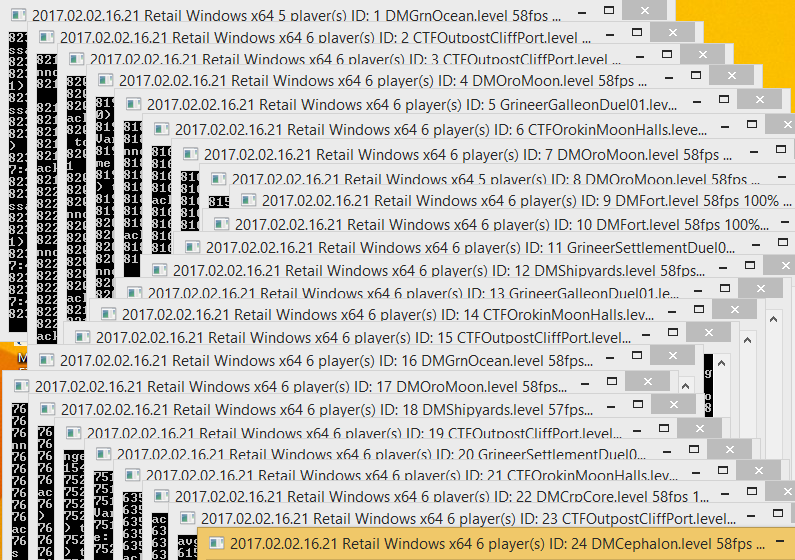 Start and manage your Warframe PvP servers with these tools! Currently there are two tools, the Config Manager and the Allocator.

The config manager is a simple tool to set up and run Warframe dedicated server instances. The most noteworthy features are

The allocator is a tool that automatically handles starting and stopping servers for you. The more players are playing a game mode, the more server instances will be started for that mode. The most popular game mode will automatically get the most instances.

The allocator can also send info about what is running to a Discord bot (for now, it is required to provide your ip to have your servers included), allowing people to get an idea of server activity per region. This is completely optional.

Both tools need Java 8 to be installed. You can find the tools in the Release folder. The estimated minimum requirements are:

To have your servers log in under your account, you have to tell it what email to login with. You can simply log into warframe once and quit to have this set up for you. To do this manually, go to %localappdata%\Warframe and edit the EE.cfg file and modify the LotusDedicatedServerAccountSettings as follows:

Run it like any other java program. If java is installed properly, double clicking the .jar file should do.

Some steps are needed before you can run the allocator.

If you get errors running the servers, ensure that "VC Redistributable 2015" is installed. The allocator doesn't work with the steam version, get the warframe installer from https://www.warframe.com/download. Some VPS providers are banned from warframe due to attacks on warframe servers. Dev: "that's why we can't have nice things". Maximum server estimates can be (very) broken somtimes, especially in virtual environments.

Tools for managing your warframe servers.