Want to run this app with GitHub Actions? Click here

A GitHub app built with Probot that automatically deletes a branch after it's merged. That's it, enjoy!

Wait, do you really need this?

You may not need this app as GitHub recently added this feature natively to their platform. It allows you to automatically delete the head branch after a merge. If you need more advanced controls and configuration settings, this app is still well suited for the job.

This GitHub app listens to the pull_request.closed webhook. If a pull request is closed and the connected branch is merged, it will delete the branch.

The optional app configuration YAML file should be saved as .github/delete-merged-branch-config.yml. At the moment it supports the following options:

CI (Travis) is in charge of releasing new versions of the GitHub Application to Now. On every new commit to master we run semantic-release to determine whether the major/minor/patch version should be incremented. If so, we update the version running in production.

This app is compatible with GitHub Actions. You need to create a workflow that is triggered on the pull_request event for this. Then, you use this repo for the action. (SvanBoxel/delete-merged-branch@master). Don't forget to check the GITHUB_TOKEN secret. That's it. 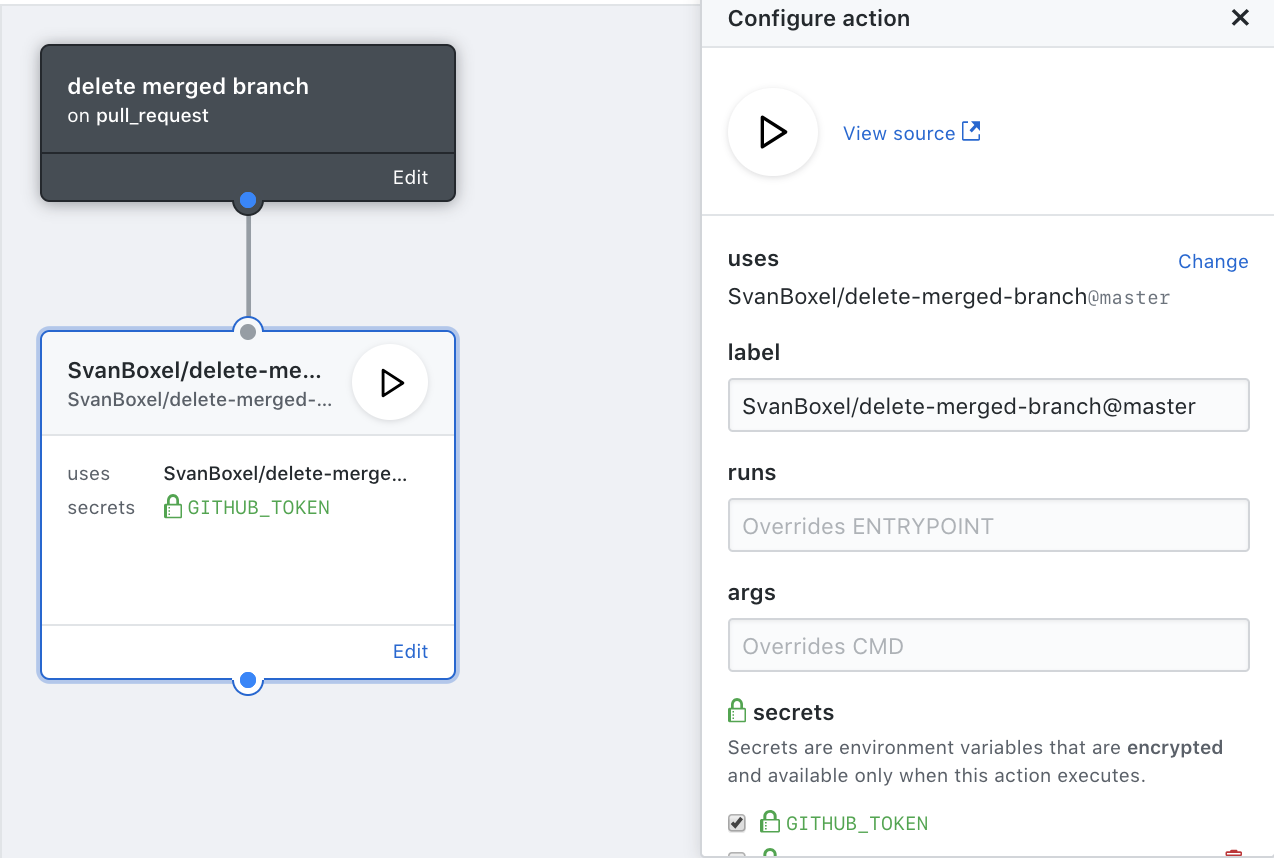 If you have suggestions for how this GitHub app could be improved, or want to report a bug, open an issue! We'd love all and any contributions.

For more, check out the Contributing Guide.