OysterKit is a framework that provides a native Swift scanning, lexical analysis, and parsing capabilities. In addition it provides a language that can be used to rapidly define the rules used by OysterKit called STLR 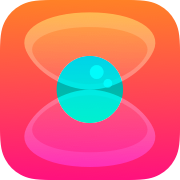 A Swift Framework for Tokenizing, Parsing, and Interpreting Languages

OysterKit enables native Swift scanning, lexical analysis, and parsing capabilities as a pure Swift framework. Two additional elements are also provided in this package. The first is a second framework STLR which uses OysterKit to provide a plain text grammar specification language called STLR (Swift Tool for Language Recognition). Finally a command line tool, stlr can be used to automatically generate Swift source code for OysterKit for STLR grammars, as well as dynamically apply STLR grammars to a number of use-cases. The following documentation is available:

Please note all development is now for Swift 5.0 and beyond only. If you wish to use the last Swift 4.1 compatible release please use the swift/4.1 branch

Creating a rule and tokenizing a String

OysterKit can be used to create and use grammars very quickly and simply directly in Swift. Here are are few simple examples

Instances CharacterSet, String, and NSRegularExpression can all be used as rules directly. To make a rule produce a token just use the parse(as:TokenType) function of a rule. A grammar is simply an array of rules, and you can use that grammar to tokenise a string.

A choice rule is simply one where any of the rules contained can match to satisfy the choice. In this case the punctuation rule can be one of a number of strings. We can then tokenize

You don't always want to create tokens for everything. You can chain modifications to any rule together as rules have value based semantics... you don't change the original.

We use all three of our different rules to tokenize "Hello, World!", but notice that we call skip() on the space rule. That means no token will be created (and when we get to more complex parsing later... it also means that if this rule forms part of another more complex rule, the skipped rules at the beginning and end won't be included in the matched range. But more on that later). You'll only get letter and punctuation tokens iun this example, but you'll still match spaces.

You can also tell a rule how many times it must match before generating a token. Here we create a word token which repeats our letter rule one or more times.

There are standard ones for one,noneOrOne, noneOrMore, and oneOrMore but you can also specify a closed or open range (e.g. .require(2...) would match two or more.

Rules can be made up of sequences of other rules. In this example we create a properNoun rule which requires an uppercase letter followed by zero or more lowercase letters. Note that we create a new rule from our previous word rule that generates a different token (other). Then we make our new choice generate the word token. We've just created a little hierarchy in our grammar. word will match properNoun or other (our old word rule). You'll see why this is useful later. When you stream you'll just get word (not properNoun or other).

Tokenizing is great, and there are many applications where it's enough (syntax highlighting anyone?), but if you are going to attempt anything like building an actual language, or want to parse a more complex data structure you are going to want to build an Abstract Syntax Tree. OysterKit can build HomogenousTree's from any grammar. Wait! Don't go. It's not that bad! Here it is in action.

Here we use parse() instead of tokenize(). We need to wrap it in a do-catch block because whereas with tokenization we just stopped streaming when something went wrong, we can get a lot more information when we parse including errors. This code simply tries to parse (note this time we are creating a single rule grammar, but that single rule is a choice of all our other rules) the same string as before, but this time it produces a tree. Here's what would be printed out

Now we can see our word classification.

I know... I did it again... jargon. It's pretty simple though. Homogenous means "of the same kind", so a Homogenous tree is just one where every node in the tree is the same type. That's what the parse function creates. build can create heterogenous (data structures populated with different kinds of data) of data structures, such as Swift types. OysterKit uses the power of Swift make this really quite simple.

Out of the box you can Decode and Decodable type using an OysterKit grammar (and if you think this is powerful, wait until you've had a look at STLR and auto-generated the Swift source code instead of doing all of the typing you are about to see!).

First, let's declare some data structures for words and sentences.

Fairly straightforward (if inaccurate... you can normally have more punctuation than just at the end). Now we define a grammar that produces tokens with names that match the properties of our types, and OysterKit (and Swift) will do the rest.

Instead of parse() we build(). We need an extra parameter here; you need to tell build what you want to build it as.

That tree we saw in the previous example can be exactly matched against our data-structure.

But what if I want a Heterogeneous Tree but don't want to go to all that effort?

Luckily OysterKit comes hand in hand with STLR which is a language for writing grammars. You can either dynamically turn this into Swift in memory (perfect if you just want to parse) or use the final member of the trinity stlrc to generate the Swift not just for the rules, but the Swift data structures too. You can read full documentation for STLR here, but I wanted to leave you with an example of the STLR for the grammar we finished with, and the Swift it generates, but not before showing you the only Swift you'll need to write to use it

The only code you'll have to write

All you need to do is build an instance of the generated type...

It's really that simple. OK, here's where it came from

Yup. That's it. Here's the Swift that was generated. There seems to be a lot of it... but remember, you don't even need to look at it if you don't want to! When you do though, you should see all of the things you've learned in there

We can now use stlrc to compile the STLR into Swift. This simple command will do that

The above command will generate a Sentence.swift file in the current directory. You should see what it does if you change -l swiftIR to -l SwiftPM... but that's another story. Here's what's in Sentence.swift

There are some interesting (and I think rather clever) things in there. Note that for the Word type STLR has been clever and determined that there are only a couple of possible values and that both of those are just Strings, so it's created an enum instead. It's done that for Punctuation as well, but that's a little easier as it was just a choice of simple strings. It's also determined that it doesn't really need to create a new type for Words, it can just use a typealias.

I mention this because you will be interacting with this data structure, so I've spent a lot of time making sure it genertes easy to use Swift, that's strongly typed. This is going to make it easier for you to work with once building is complete.

You will notice there are some warnings in this build. You should not be concerned by these as they are largely forward references to further clean up that can be done now that STLR is generating the Swift code for both Rules/Tokens as well as the data-structures for itself. Deprication is in full swing now as I start to move closer to 1.0 and want to get old code out.

OysterKit is a framework that provides a native Swift scanning, lexical analysis, and parsing capabilities. In addition it provides a language that can be used to rapidly define the rules used by OysterKit called STLR