A compliant C++14 compiler is required, or at least one that implements just the C++11/14 features I use (I don't have a list of required features though). GCC 4.9+ or Clang 3.4+ should definitely work, I haven't yet tested on the VS2015 CTP but I'll update this note when I do.

The project should build easily with CMake and if you aren't building the live previewer will download the minimal dependencies it requires. I also strongly recommend compiling in release mode to avoid the ray tracer being incredibly slow.

The live previewer lets you optionally open a window and see the render update live as the image is computed. This is useful if you're trying to get some objects positioned correctly or just don't want to have to open a separate image viewer. To build the live previewer you'll need SDL2 and when running CMake should pass -DBUILD_PREVIEWER=1 to build it.

tray accepts a few options to specify some parameters for the render, eg. the number of threads, scene file, output image file and so on. Information about the options can be printed at any time by running with -h and are listed in detail below.

Scene files are in XML and should have the following structure:

Some example scenes can be found under scenes and detailed documentation about the supported objects, materials and so on can be found under doc where files are titled by the section they cover, eg. Objects.md discusses the object types supported by tray and their usage.

Below is a sample render of the classic Cornell box scene rendered with tray's path tracer integrator using 128/2048 adaptive sampling for each pixel. 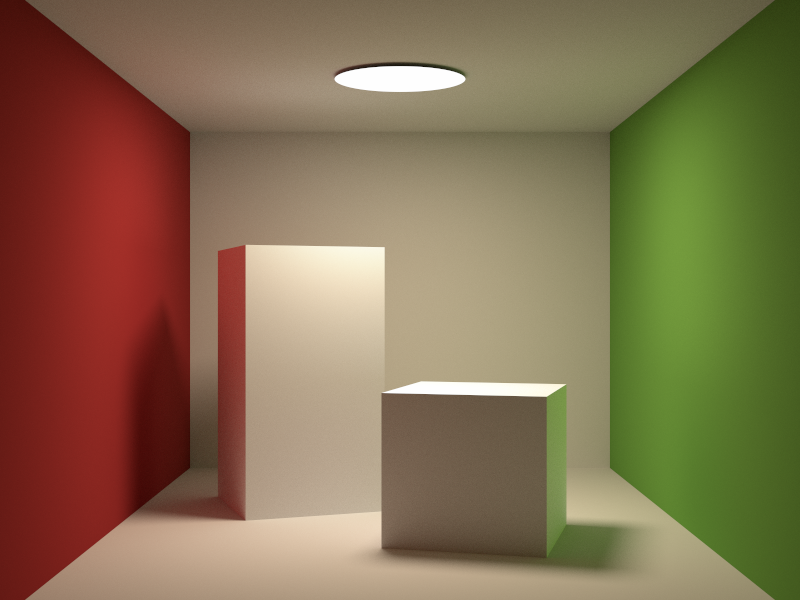