Why would you want this plugin in your Podfile?

Apple introduced dynamic linking on iOS 8 alongside with Swift. Shortly after, this was adopted by CocoaPods as a requirement to use Pods that contain Swift, because Xcode can't use static libraries with Swift.

Apple advises to use about half a dozen dynamic frameworks in an app. Hard to achieve with external & internal deps. -- from Twitter

This is hardly an option for some. If you think you might be in that group, then continue reading.

What is this plugin doing?

This plugin is based on dyld-image-loading-performance. In a nutshell, it copies all symbols of your CocoaPods dependencies into your main app executable, so the dynamic linker doesn't have to load the frameworks. You can verify this yourself by enabling 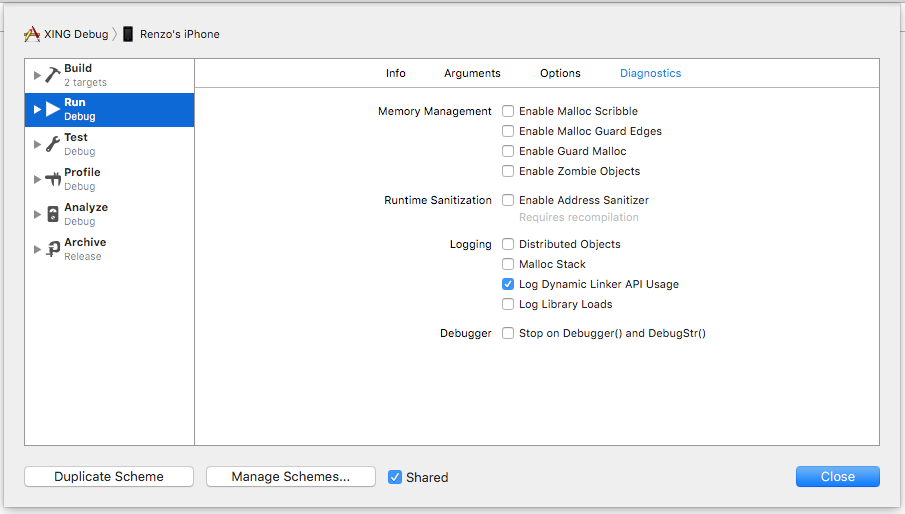 and looking at the log output you shouldn't find any dlopen call of your CocoaPods frameworks.

Currently this plugin has the following limitations:

Add the following to your post_install hook: