This is Very Sleepy, a polling Windows CPU profiler with a wxWidgets-based GUI. 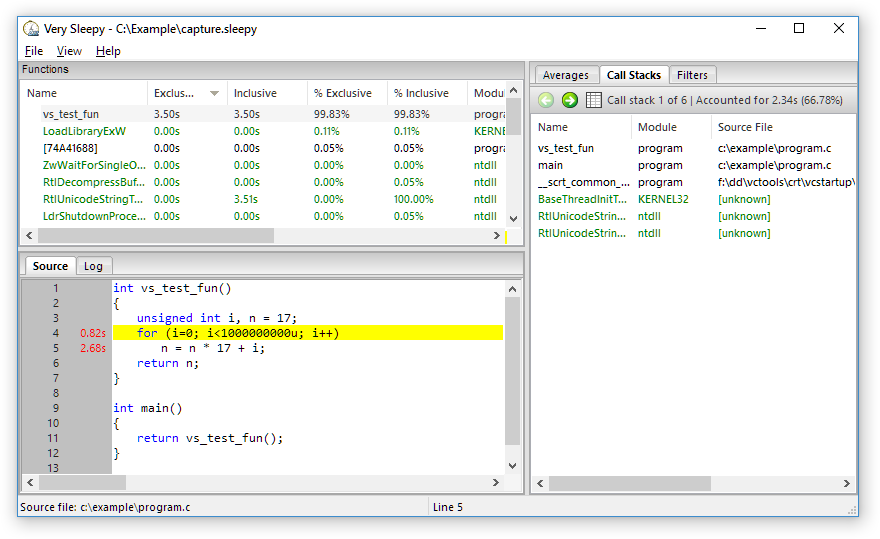 Very Sleepy documentation is available on the GitHub project wiki.

Official releases can be downloaded from the project's website, or from the GitHub releases page.

For the latest development version, you can download the latest AppVeyor artifact.

Changes before this repository's creation can be found on the project's website.

Third party dependencies are registered using git submodules, so you will need to either clone with the --recursive flag, or run git submodule update --init after cloning.

The build.cmd batch file will attempt to build Very Sleepy and its dependencies.

Alternatively, you can build Dr. MinGW using the thirdparty/drmingw_build_mingw.cmd batch file, then use the Visual Studio solution file (sleepy.sln) to build everything else.

If you'd like to contribute a patch, please open a pull request. I'll try to review and merge it as soon as my time will allow.

Bug reports and feature requests are welcome as well -- please file them as GitHub issues.