ViewTouch is a registered trademark in the USA.

With the availability of ViewTouch source code under the GPL and the arrival of the Raspberry Pi Foundation's computers a restaurateur can automate one's own restaurant at virtually NO EXPENSE! Android tablets and smartphones can be used as mobile POS devices by using a QR Code scanner at http://viewtouch.com/nc.html to install the ViewTouch Android X Server on them. The most recent ViewTouch Raspberry Pi image is also available at this link.

An important link at the top of this page is the Wiki link. It contains a page with build instructions and an 'Announcements' page with the latest news.

Restaurateurs who are clients or customers of ViewTouch and who wish training and 24/7 support need only contact Gene at http://www.viewtouch.com/contact.html

ViewTouch is released under the GNU Public License, version 3. 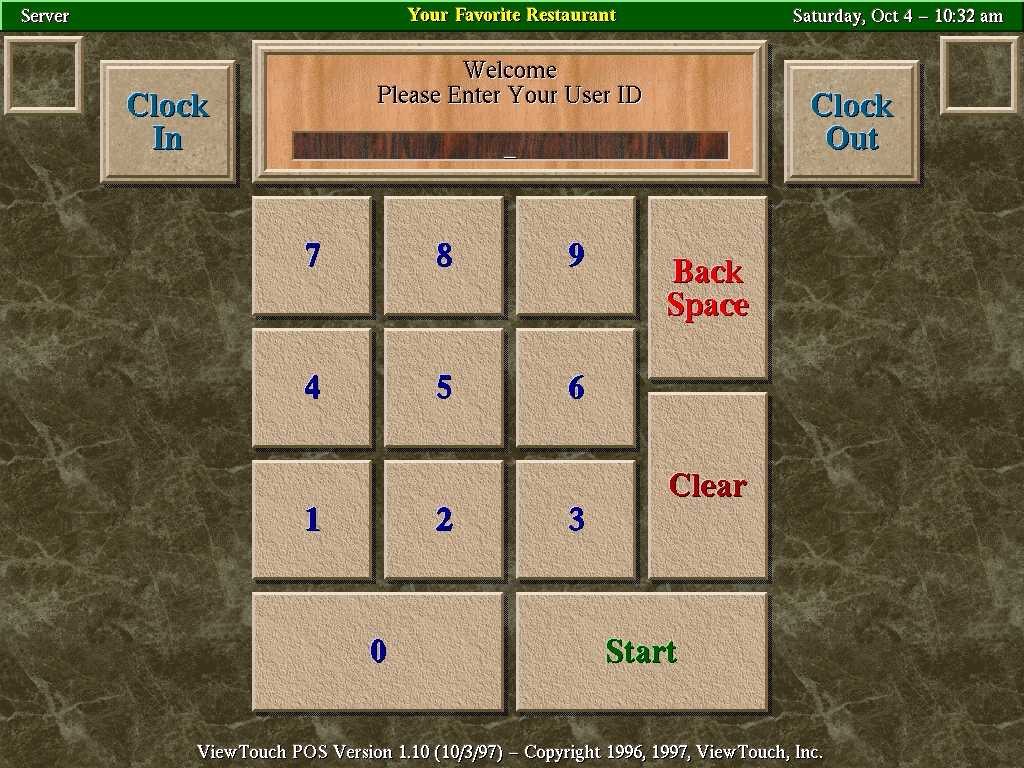 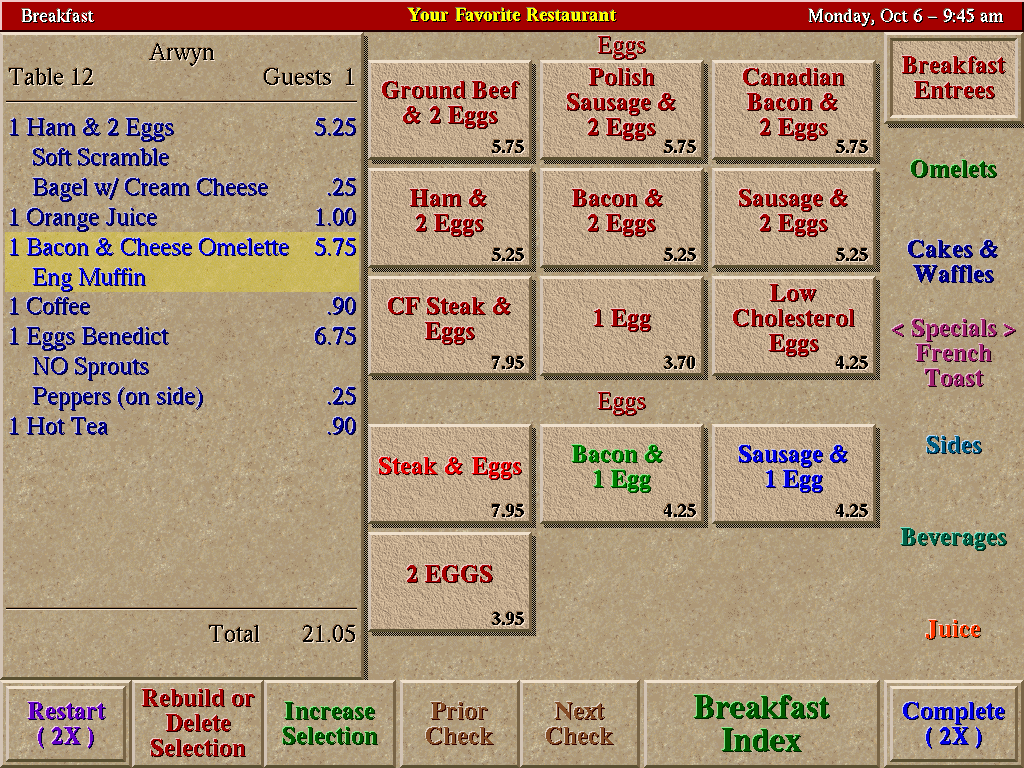 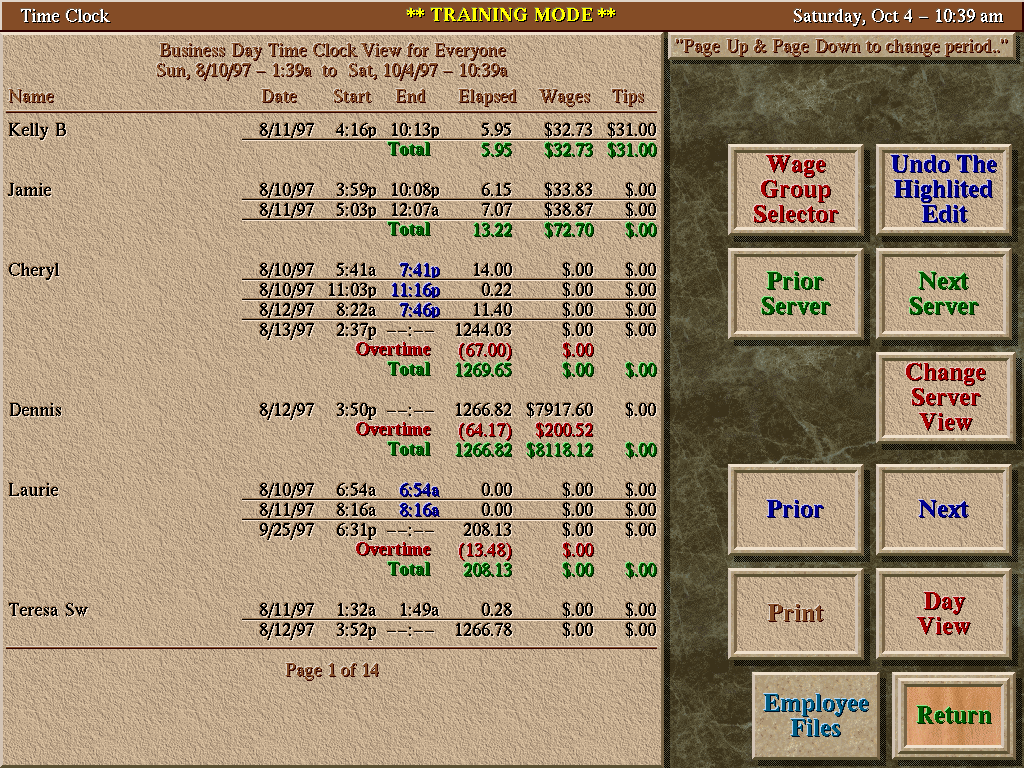 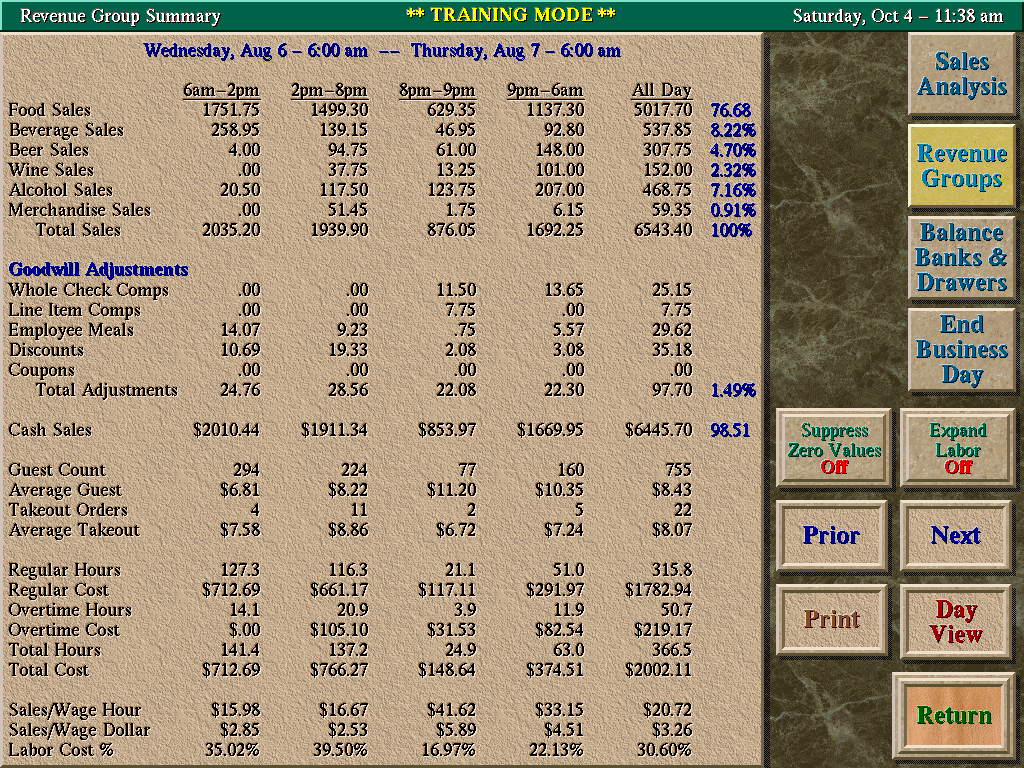 ViewTouch doesn't just store all of your data for you - it keeps your entire transaction history in RAM. Rely on ViewTouch for the report data you need with perfect accuracy and lightning speed. Auditors can see compliance across every period. Control NON CASH revenue adjustments and labor costs, including non-intuitive details. The only way you can run a business is 'by the numbers' and here are the numbers you need, Shift By Shift, Weekly, Monthly, Quarterly and Yearly.

ViewTouch first ran as a C program on the Atari ST computers in 1986. The Atari ST was a very exciting platform under Jack Tramiel from 1985 until 1993/4. In 1995 development of ViewTouch under UNIX began. At that time we were using Power Computing (i.e., Power PC) computers manufactured by The Computer Group at Motorola and the operating system was IBM's version of UNIX, (AIX). When computer manufacturer Atari ceased operations, in 1993, if one didn't want to use Microsoft DOS or Apple computers, UNIX was one's only choice, and MIT's X Window System was the only practical choice with which one could build tools which could then be used to create a network transparent graphical interface. This is precisely the decision which was made for ViewTouch in early 1995. In 1997 the decision was made to move from AIX on the Motorola PowerPC to the Red Hat Linux distribution on the Intel X86 platform. In 2000 a transition from C to C++ and from Red Hat to Debian took place. ViewTouch remains on Debian as the default distribution and features the XFCE desktop. Since 2016 the default hardware platform for Viewtouch is the family of Raspberry Pi computers. ViewTouch production POS computers provide a desktop icon which compiles and installs the latest version of the code from GitHub. ViewTouch Point of Sale isn't just about the advantage of the power of Linux; it's also about the advantage of the remote display capability of The X Window System. To add display terminals one doesn't need to replicate either the program or data. One only needs to open additional user display terminals by adding their IP addresses to the ViewTouch page 'View & Manage Displays & Printers'.

The ViewTouch GUI has the Monetra Credit/Debit Card Verification engine integrated into it and can be used with virtually any payment processor. Visit the Monetra web site to see the certifications and the site licenses charges, which are quite reasonable, and the role they play in all this. ViewTouch does not have to play with any payment gateway at all - it's 100% optional.

ViewTouch can send a remote display/input session to any Android tablet or smartphone. The Android X Server is based on XSDL and can be downloaded from QR Codes found either on the ViewTouch desktop or from http://www.viewtouch.com/nc.html. Many thanks to Sergii Pylypenko, of Kiev, Ukraine for creating a special version of XSDL for ViewTouch !!