Sign up for free See pricing for teams and enterprises
No description, website, or topics provided.
Find file

While there have been public POCs for CVE-2019-0604, I have noticed that those POCs are not clear, extensible or flexible. Some of them only have on hardcoded (and serialized/encoded) payloads, some of them require running custom .NET code before every payload, and some would run the payload on your machine first during the serialization process. I have reversed and analyzed the simple serialization/encoding algorithm used by Sharepoint, and I have created a raw template that can be used to serialize any custom payload on the fly without having to run .NET code for each payload, or run payloads that you can't read.

Find below usage examples for Desharialize as well as a brief explanation of the serialization process.

To better utilize this tool in pentesting Sharepoint:

Better to create a virtualenv environment for the tool. Please note that using sudo with pip is not recommended.

Installing and running an older version of Sharepoint to test this tool is a very annoying and cumbersome process. Installing and configuring Sharepoint was actually the only difficult thing in the process of developing this tool. To spare you sweat and blood, you may find these resources helpful, they contain a VM with Sharepoint pre-installed. You might need to fix up some licenses issues such as rearming Windows license, configuring a Developer license for MSSQL, and so on. The links are: Sharepoint 2016 Ready made VM and Sharepoint 2013 Ready made VM

Brief Explanation of the serialization process

In my analysis of this vulnerability, I noticed that the vulnerability has been explained in depth by the authors of the awesome links you will find in the References section below. I will attempt to explain the serialization process, because this is what allowed me to create a dynamic payload you can change on the fly without calling .NET code every time.

The serialized string is a XamlReader ExpandedWrapper which contains our payload in its XML format, An example taken from this POC is:

To serialize it, .NET calls a function called Microsoft.SharePoint.BusinessData.Infrastructure.EntityInstanceIdEncoder.EncodeEntityInstanceId, which takes this string object and performs some operations resulting finally in the serialized payload which looks like "__bp123435009700370047005600d60...etc" By decompiling this function and debugging its code flow, we can see the following:

Here the function adds __ to the start of the string, then checks the number of objects sent to be serialized, here it's 1, so it adds 1 to 97 to convert the result into ascii (b ascii is 98 decimal), so the string becomes __b 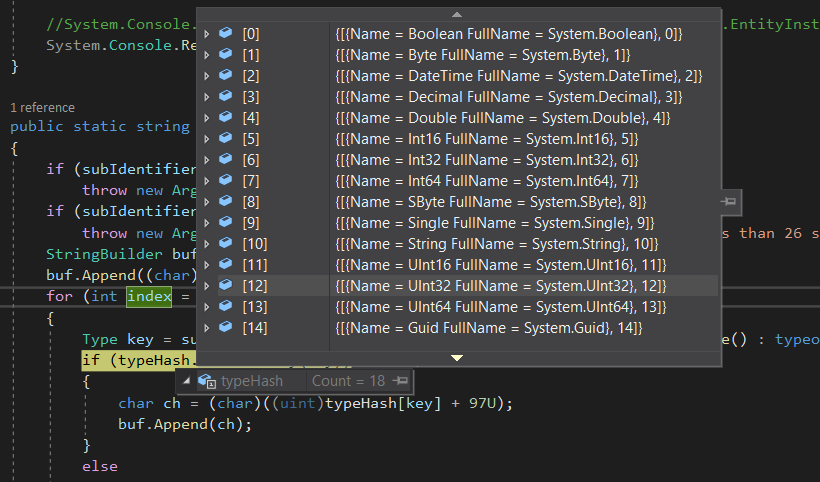 After that, the code loops on the type of the element being serialized, it's currently of type object, so it looks up a table of types and their values from an array called typeHash. 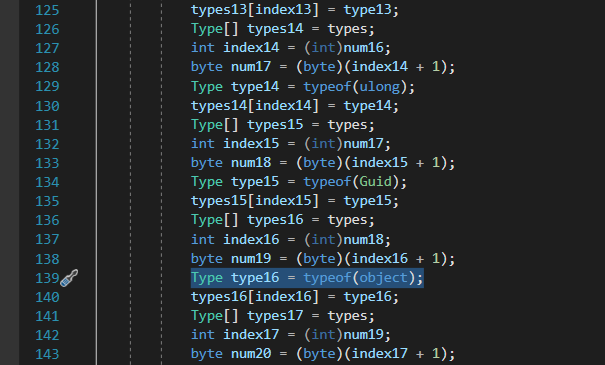 When we decompile this array, we will find that the object type is the type #16, which has an index of 15 (starting from zero!), so the code adds the value of 16 to 97 resulting in 112, which is p in decimal, now the serialized string becomes __bp

Next, we check the type of the object being sent to be serialized, which is of type object, so we enter this if statement, where it takes our input, serialized it using the XmlSerializer class of .NET, then appends in front of it the the XamlReader Assembly Qualified name + ":" plus the XML serialized payload, so it looks like this:

By using this tool, you absolve the tool author from any effect or repercussions resulting, directly or indirectly, from usage of this tool. This tool is provided as is, with no warranty or guarantee. This tool must only be used on legally authorized targets, and by using this tool you hereby declare that you have obtained proper legal permission from the tested targets, and that you fully absolve the tool author from any and all means and results, directly or indirectly, of utilizing this free open source tool.