Inspired by this Reddit post, I've finally gotten around to designing a program to easily replicate the results shown. 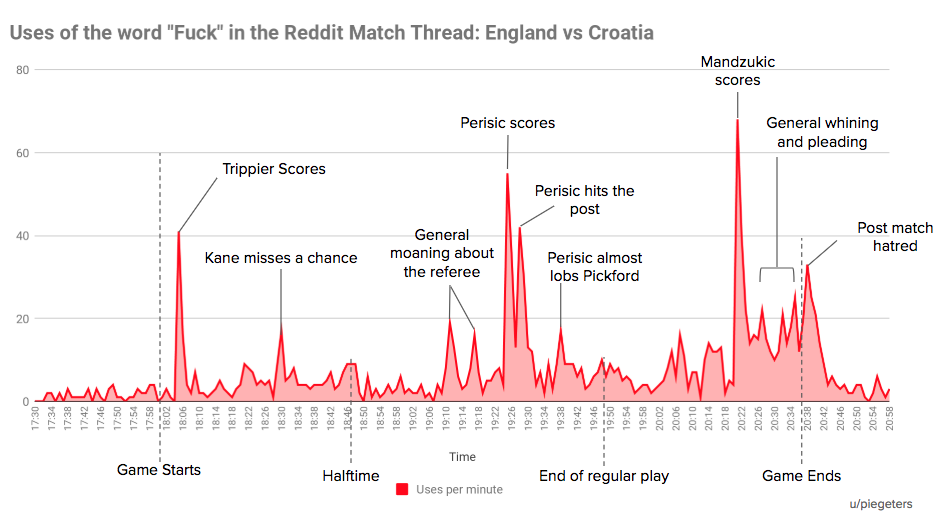 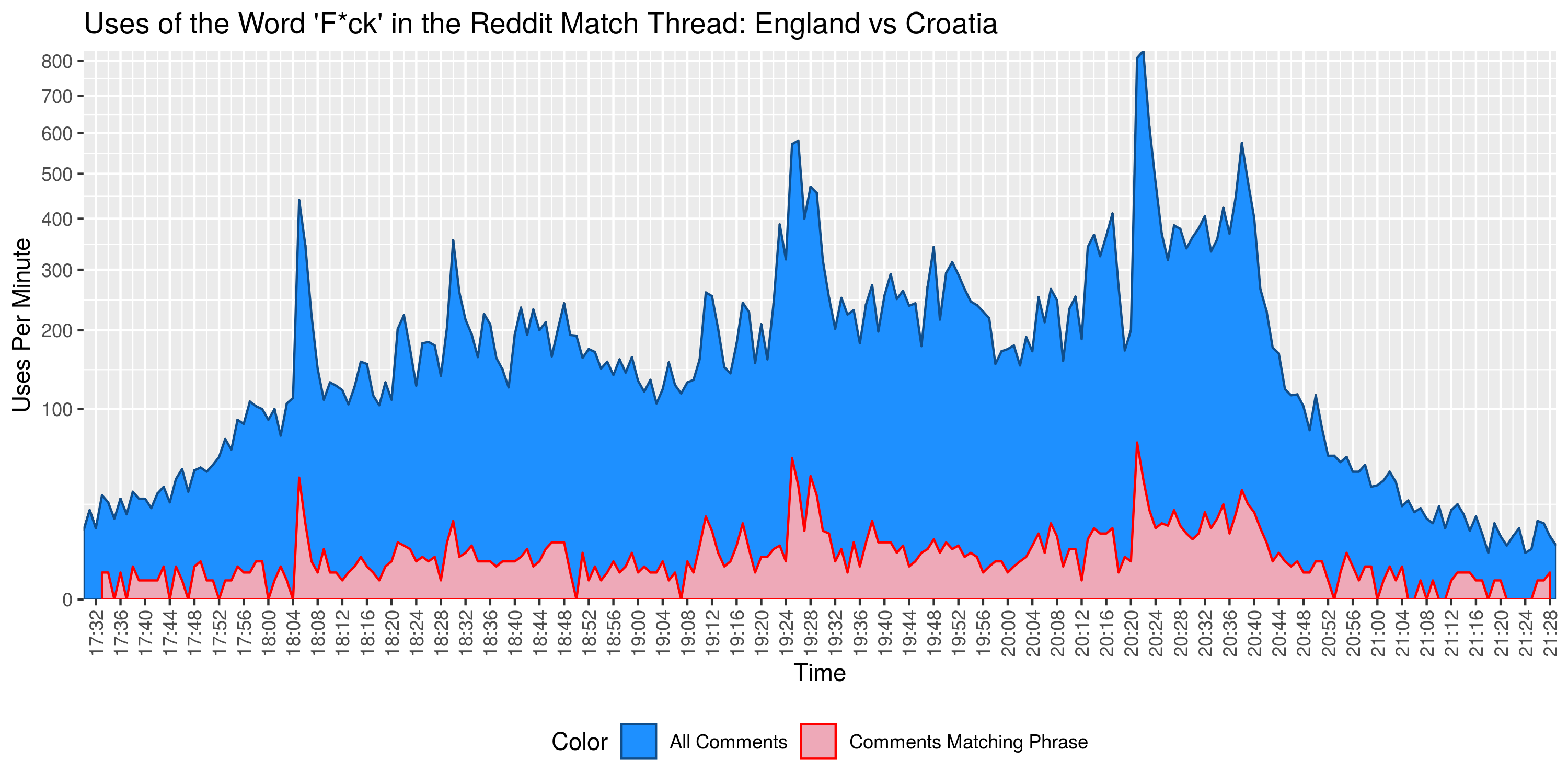 Another example from the 2019 Canadian Grand Prix: 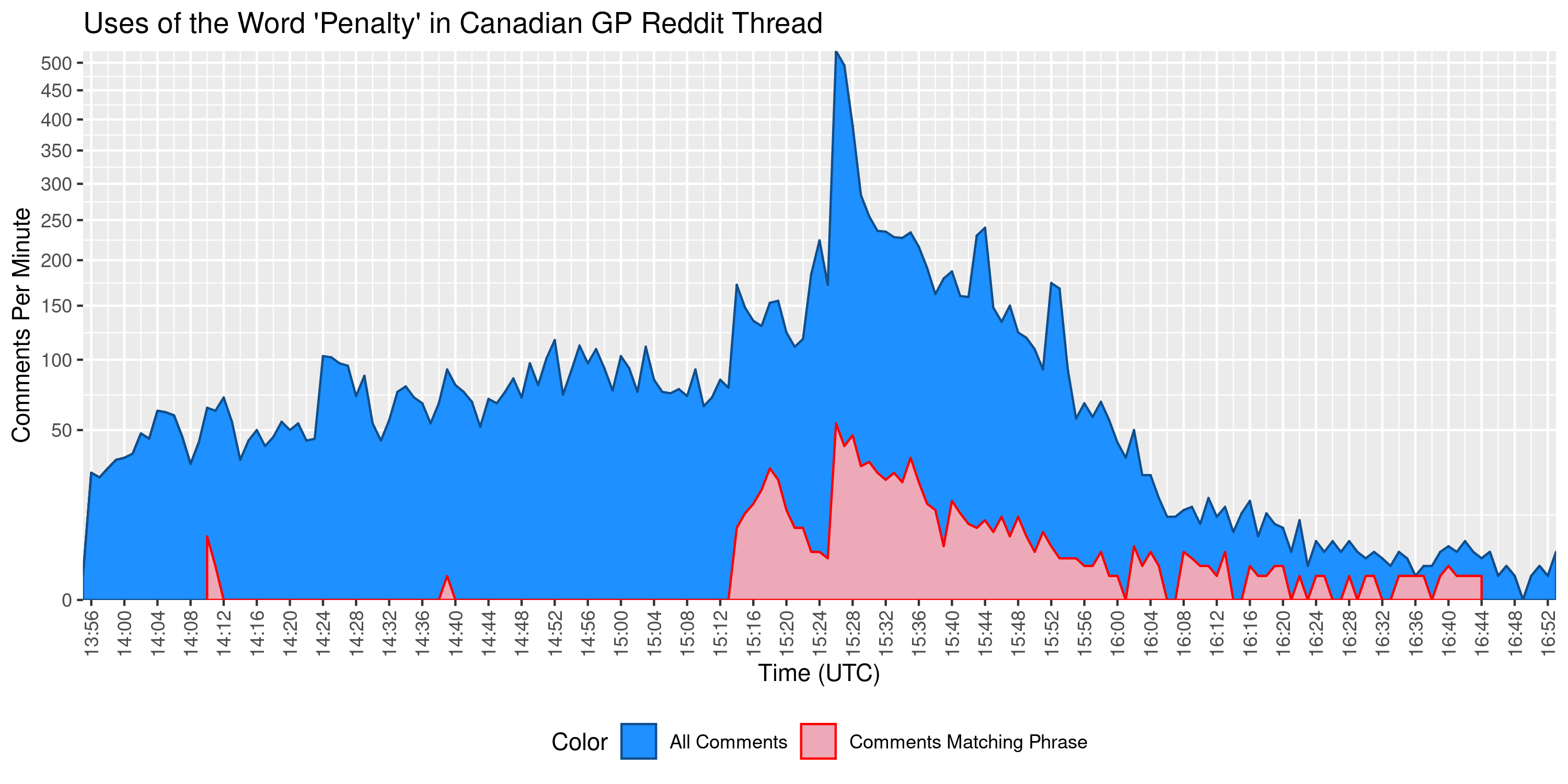 The uses of the word 'penalty' spiked due to a controversial FIA call that caused Hamilton to win the race despite Vettel finishing first.

You must have PRAW installed to run this program. Install it using pip install praw.

You must also have R installed along with the Tidyverse, anytime, and scales libraries installed.

Create a praw.ini file with the following format:

These files are used in R to create a plot of the data in the CSV file. Do this by running Rscript plot.r.

This project is licensed under the MIT License - see the LICENSE file for details.