This is a pretty simple collection of Python scripts that will take dump1090 port 30003 style stream of data (I think the official name for the format is SBS1?) on stdin, and outputs generates a (huge) HTML file with a visualisation on top of a Google Map.

There are three scripts:

Nothing too special other than geographiclib:

dotter.py still used geopy but it's not a very interesting script anyway.

First, start capturing some data from dump1090 (or similar):

(Hit Ctrl-C to abort, or you could use timeout(1) to limit runtime.

Plot all approach + departure traffic (below 10k) feet only from a stream you somehow captured at LHR T5:

Edge plot of all traffic over 10k feet: 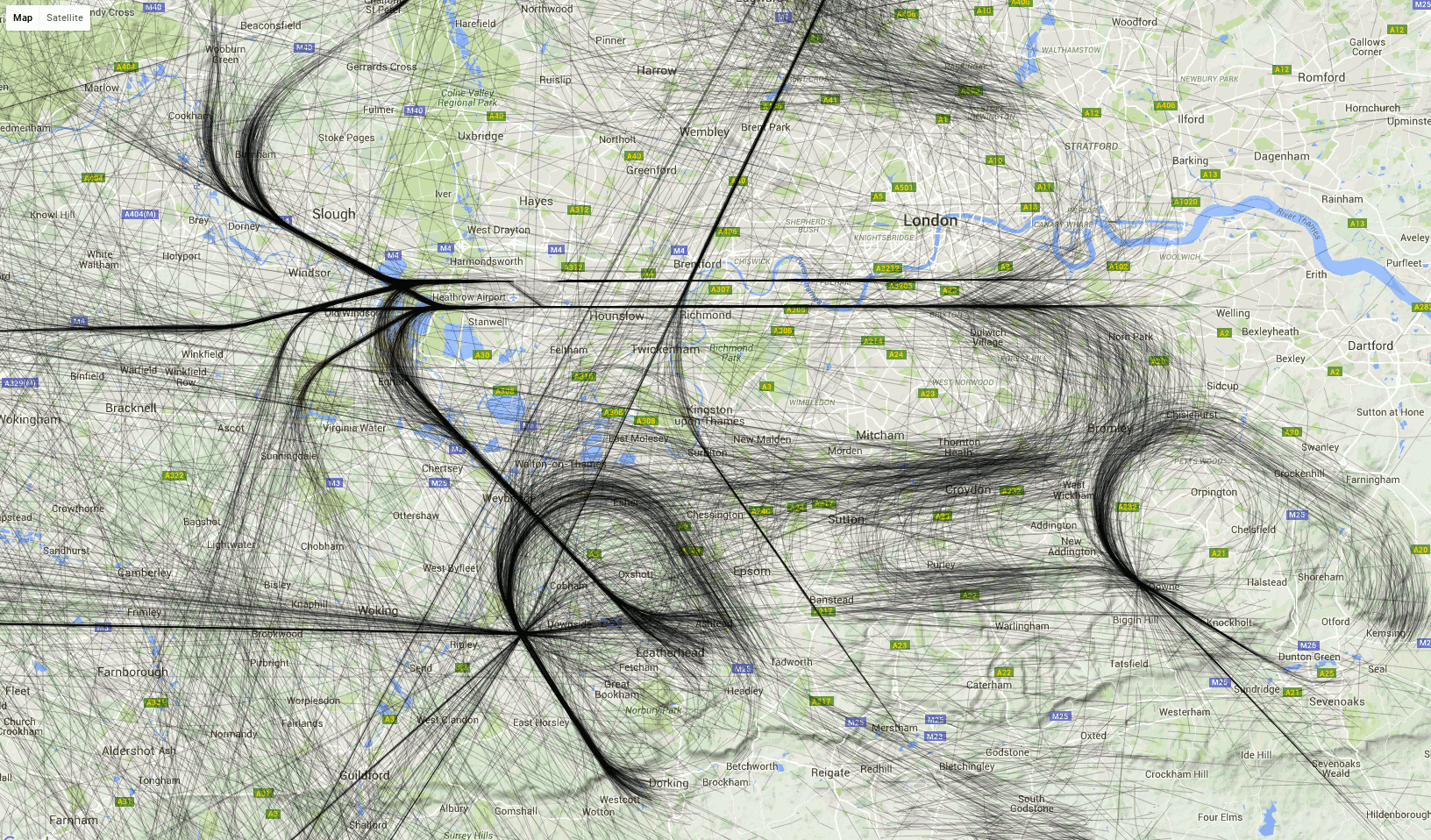