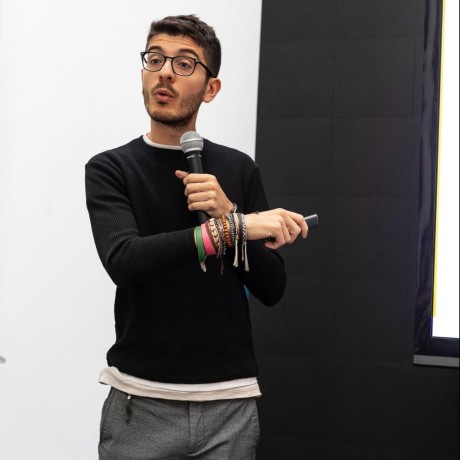 Writing the next bug in your code

Writing the next bug in your code
Follow
Sponsor
I do APIs and Clojure @Sentinel-One. Formerly @stoplightio, @LunchBadger, @oracle, @apiaryio
205 followers · 0 following · 25

My name is Vincenzo; I am a Software Developer living in Austin (Texas) focused on WebAPIs and User Interfaces.

Over the last 6 years, I've been mostly working for SAAS companies providing tools for API Developers, contributing heavily on the engineering side as well as managing small teams.

Currently, I'm working at SentinelOne, and most of the code I write is  Clojure, but in general I am always eager to learn new programming languages. I have a decent proficiency in Haskell.

I hold a BA in Computer Engineering (not too sure how useful this information is), and I have been speaking to a number of events around the world (the complete list is on my terrible website

I have been awarded the titles Auth0 Ambassador, Google Developer Expert in Web Technologies as well as Microsoft MVP in Developer Technologies.

I've also got a very long ongoing collaboration with the API Days Team. I've started by speaking at their conferences, I ended up being in the committee that reviews the CFP and organising an entire event in Barcelona in September 2019.

You can check out my Twitter Account: https://twitter.com/d3dvincent; GitHub: https://github.com/XVincentX. I also write (very infrequently) on dev.to: https://dev.to/vncz

966 contributions in the last year