Sign up
Location based chatroom service - This repo is a clone of the original development repo just found here: https://github.com/jakemedal/Chatloco
Find file

Welcome to ChatLoco - The best location based Chat Room Service around

ChatLoco is a web application that enables users to freely, and anonymously talk to other users through various chatrooms completely based off their geo location (thanks to Google's location API). 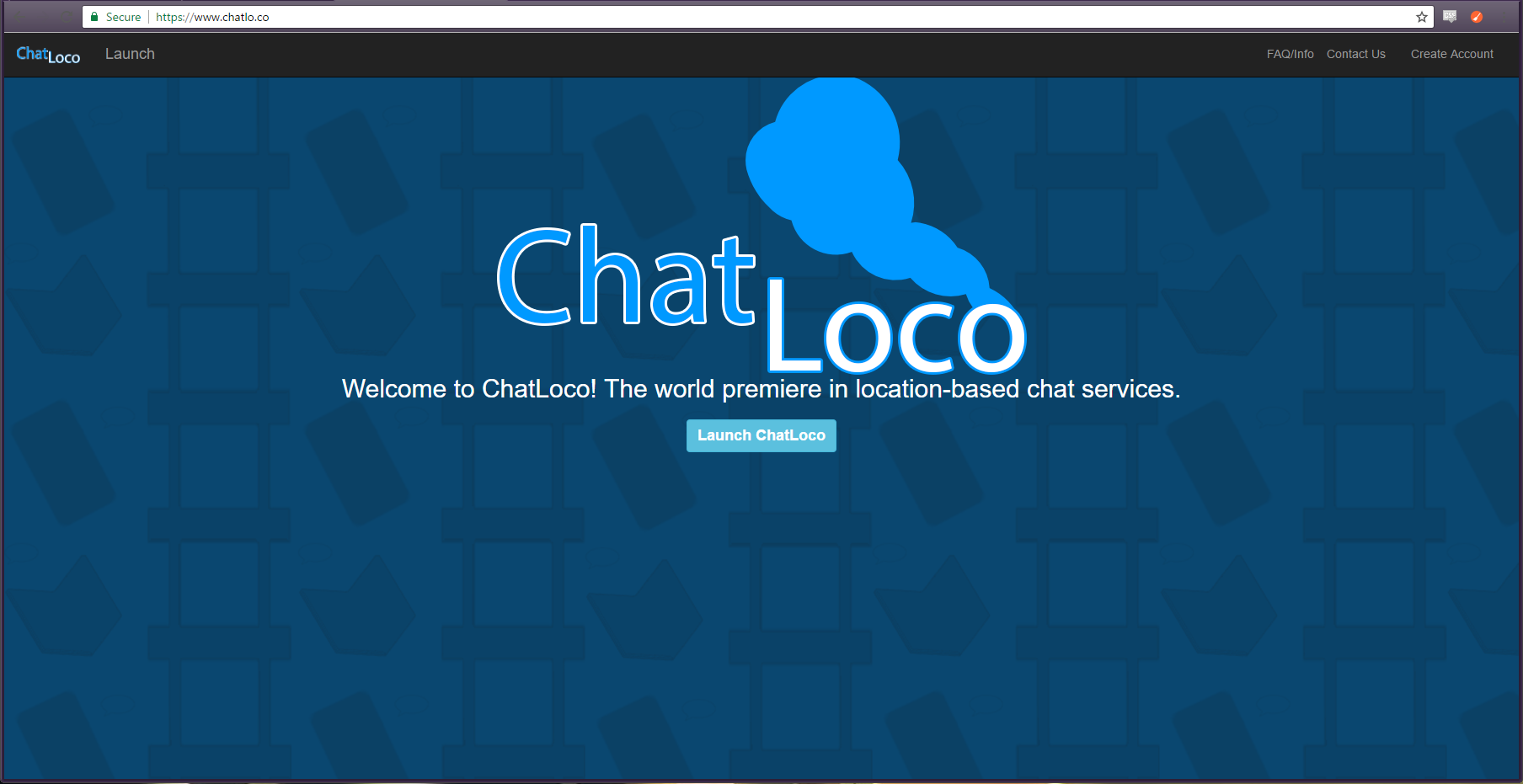 Okay...but what REALLY is ChatLoco?

ChatLoco began as 5 undergraduates capstone project in order to graduate. After developing the very beginning, we kinda took it to infinity and beyond to make a very robust and polished web application. ChatLoco utilizes the users location to determine which chatrooms are available in their area, giving them a slide bar which the user can use to grow or shrink their "search radius". This enables multiple users to be geographically in the same location, and chat with eachother in both public, and private chatrooms in an IRC fashion. Users sign up for the ChatLoco services using a username that is unique and specific to that user, but when entering any chatroom, they are allowed to pick a handle, thus giving them the option for anonymity if they so choose. Users have an various settings such as email, and the default handle that auto populates into chatrooms if they chose not to use one, which they can change at any time. Admin users have their own seperate privilages in order to promote other users to admin, block, unblock, and delete users. Lastly users can signup if they aren't already apart of the ChatLoco craze, contact the admins, and read about the application on our FAQ page. 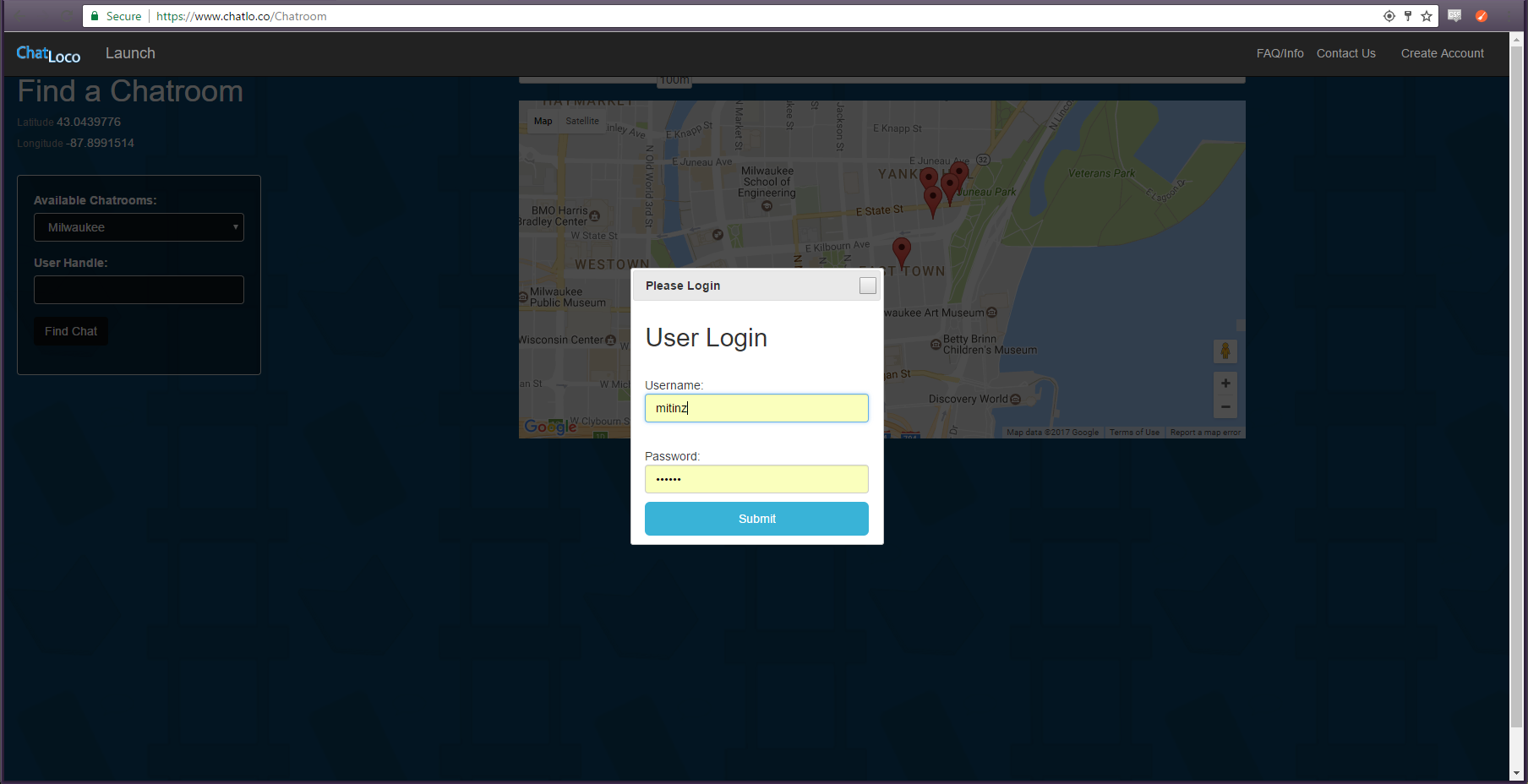 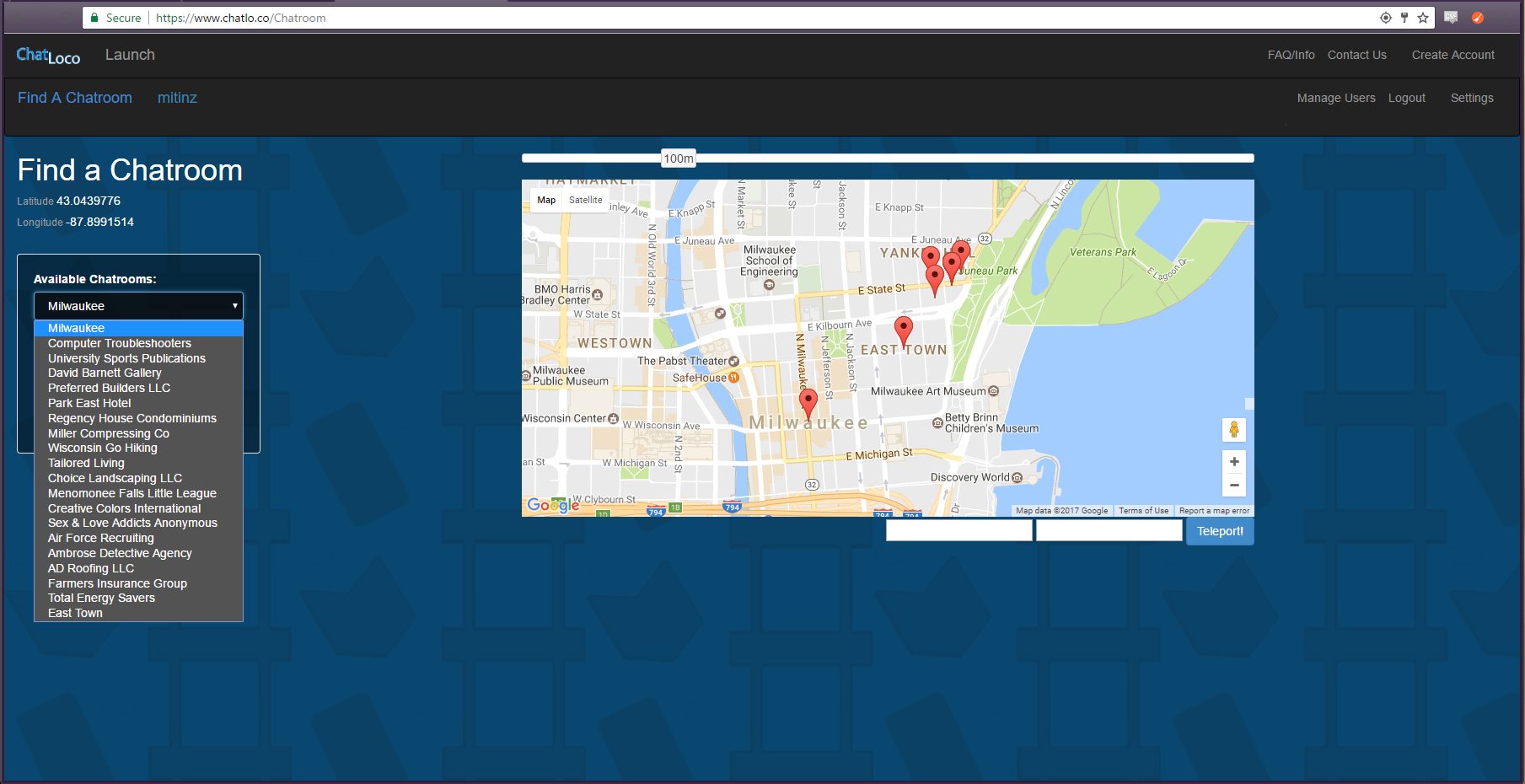 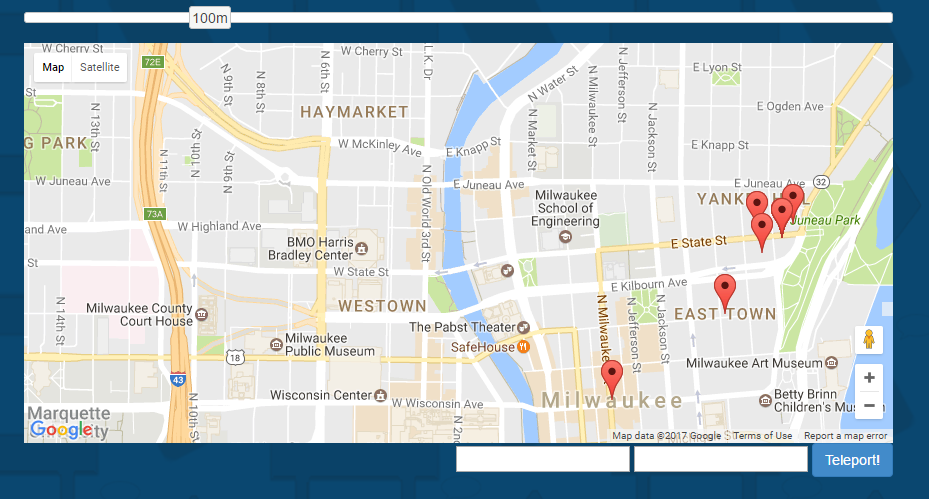 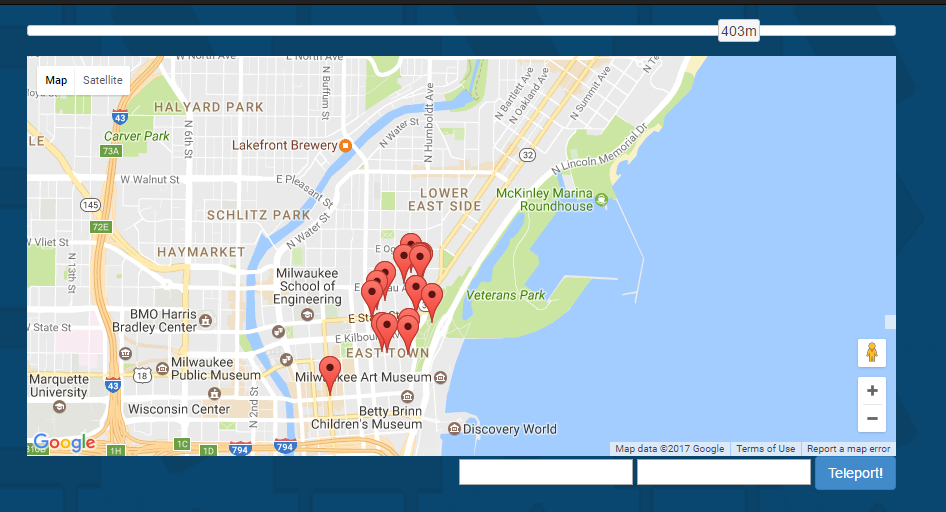 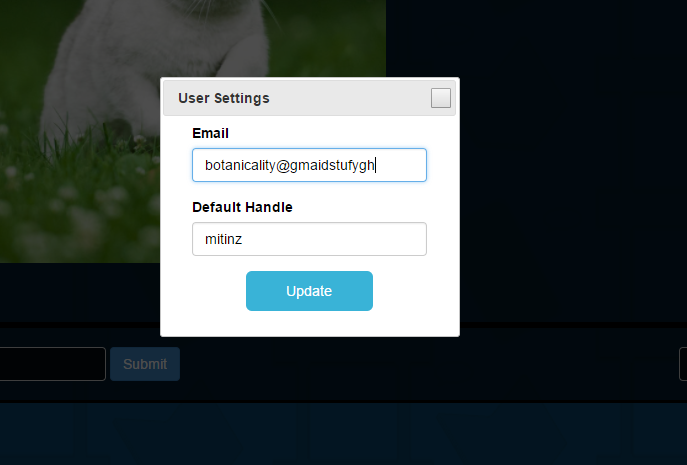 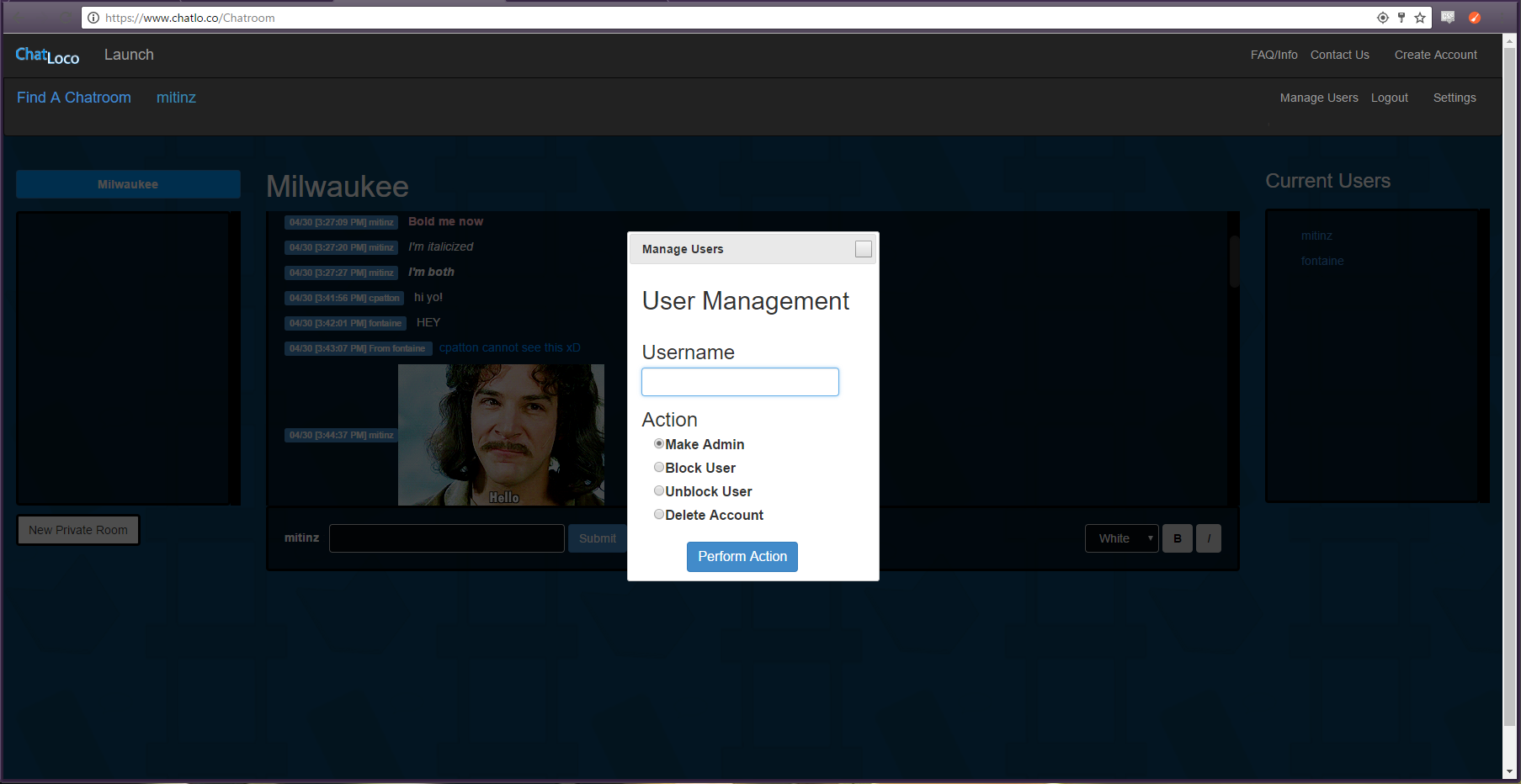 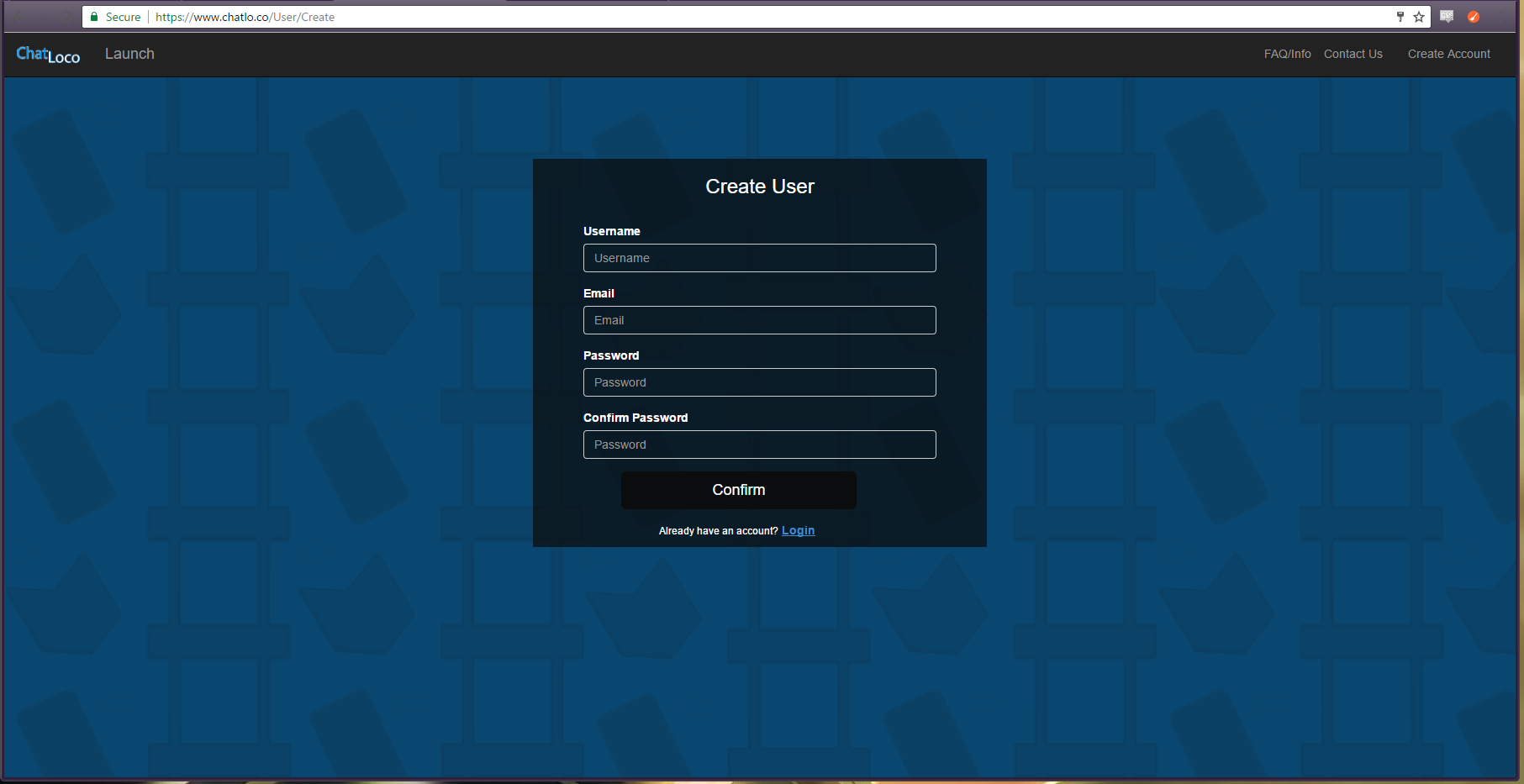 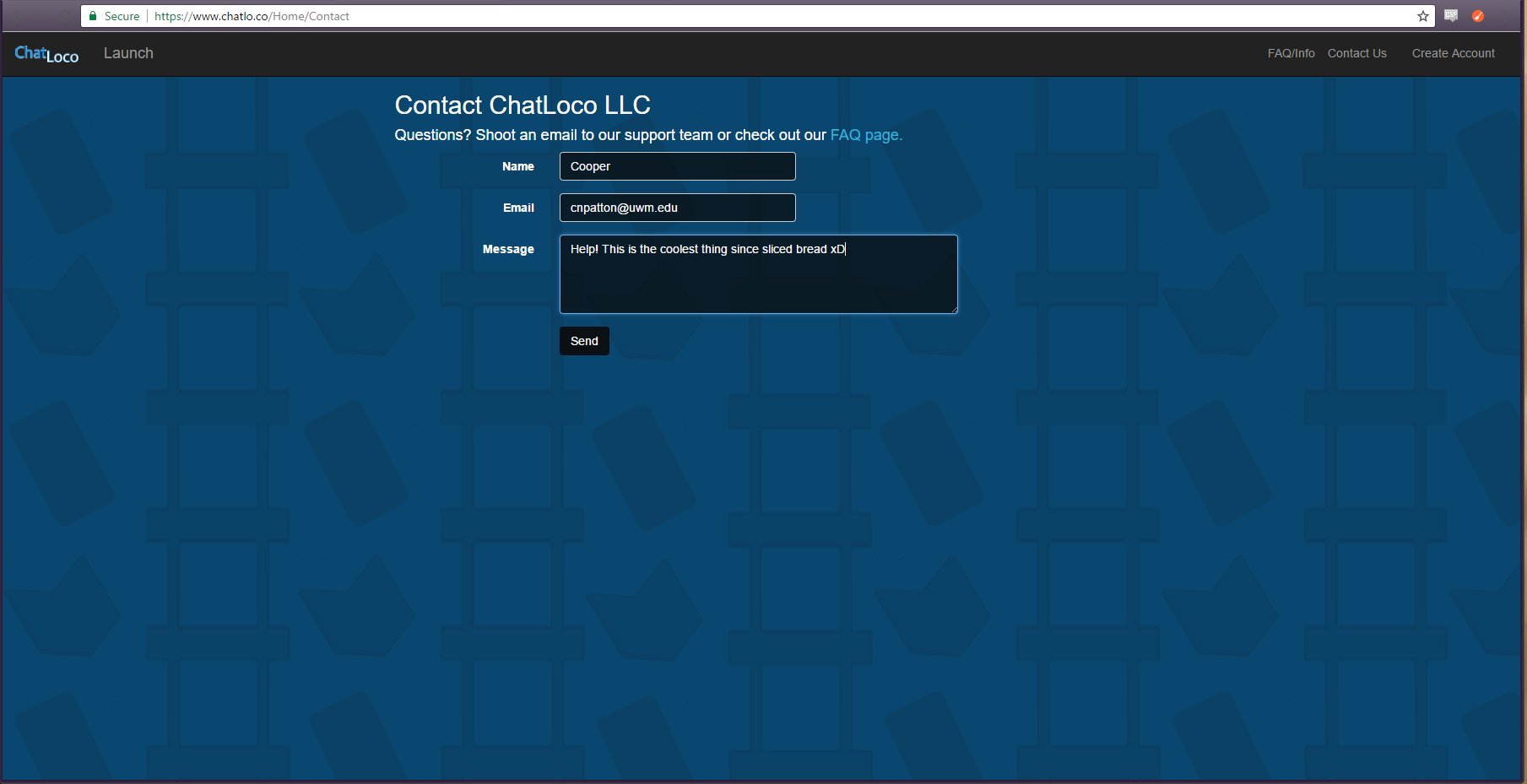 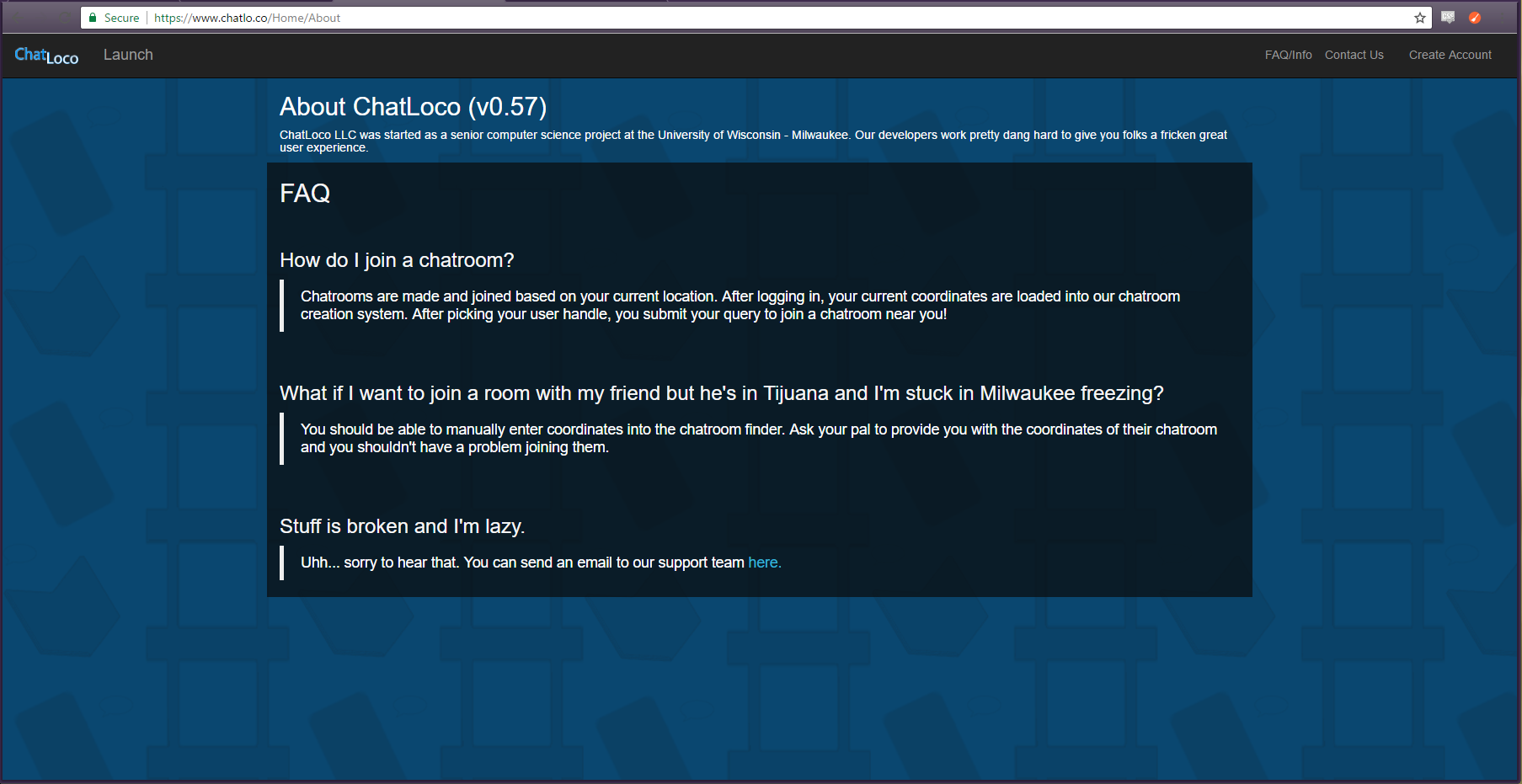 What is the difference between public and private?

There can only ever be 1 public chatroom in any given spot since the room itself is actually constructed on top of a Google "marker" which they deemed a "location". Users in the public chatroom use it similar to IRC, in that everyone can see everyones messages and there is most always (if the chatroom is populated) something going on. There is a whisper functionality which allows two users within the public catroom to talk to ONLY one another - but ill elaborate later. 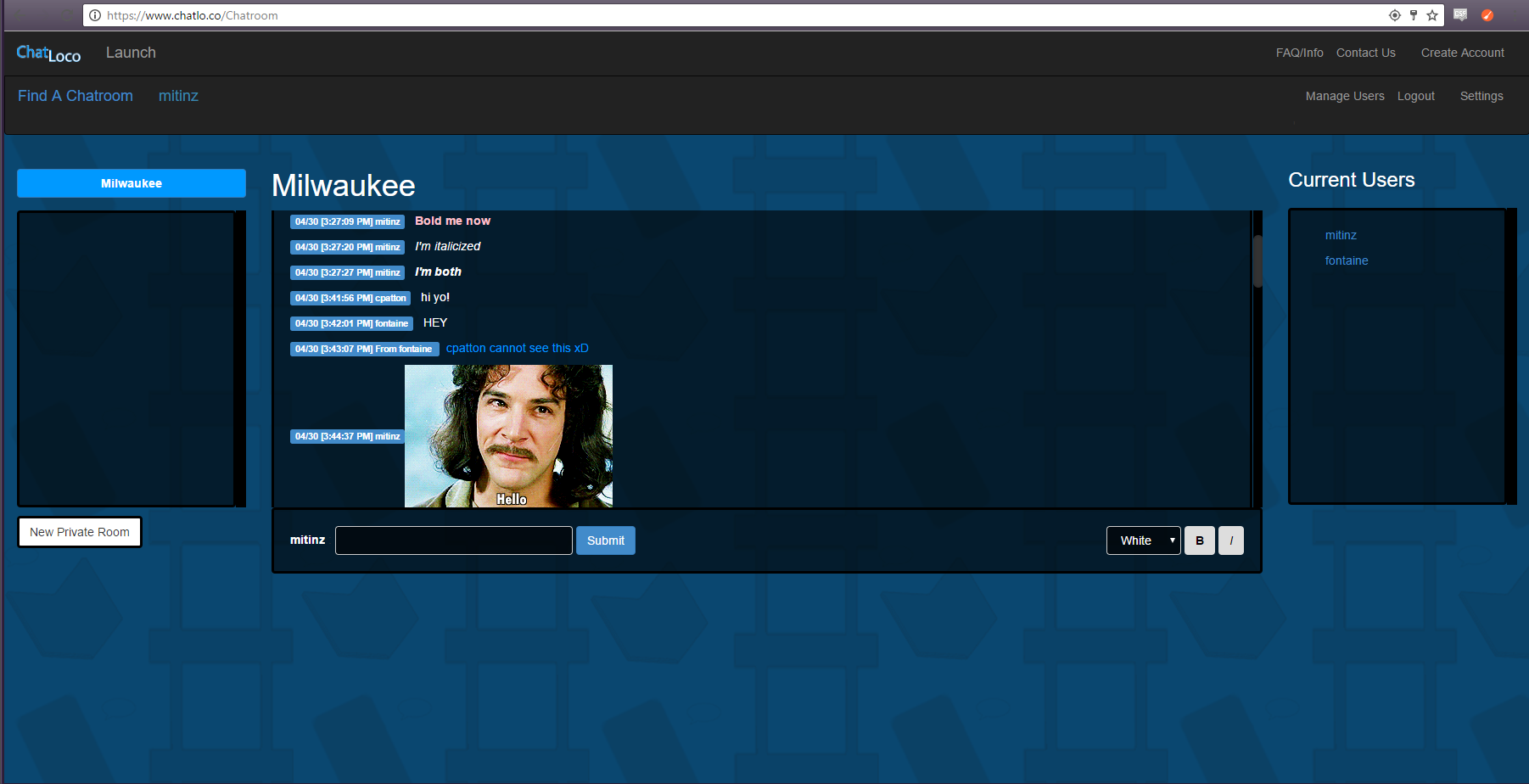 There can be any number of private chatrooms specific to one location. This is because the provate chatrooms are user created. Users can set passwords, participant capacity, and a blacklist if they wish on the room. Left toolbar in the below image depicts three private chatrooms. 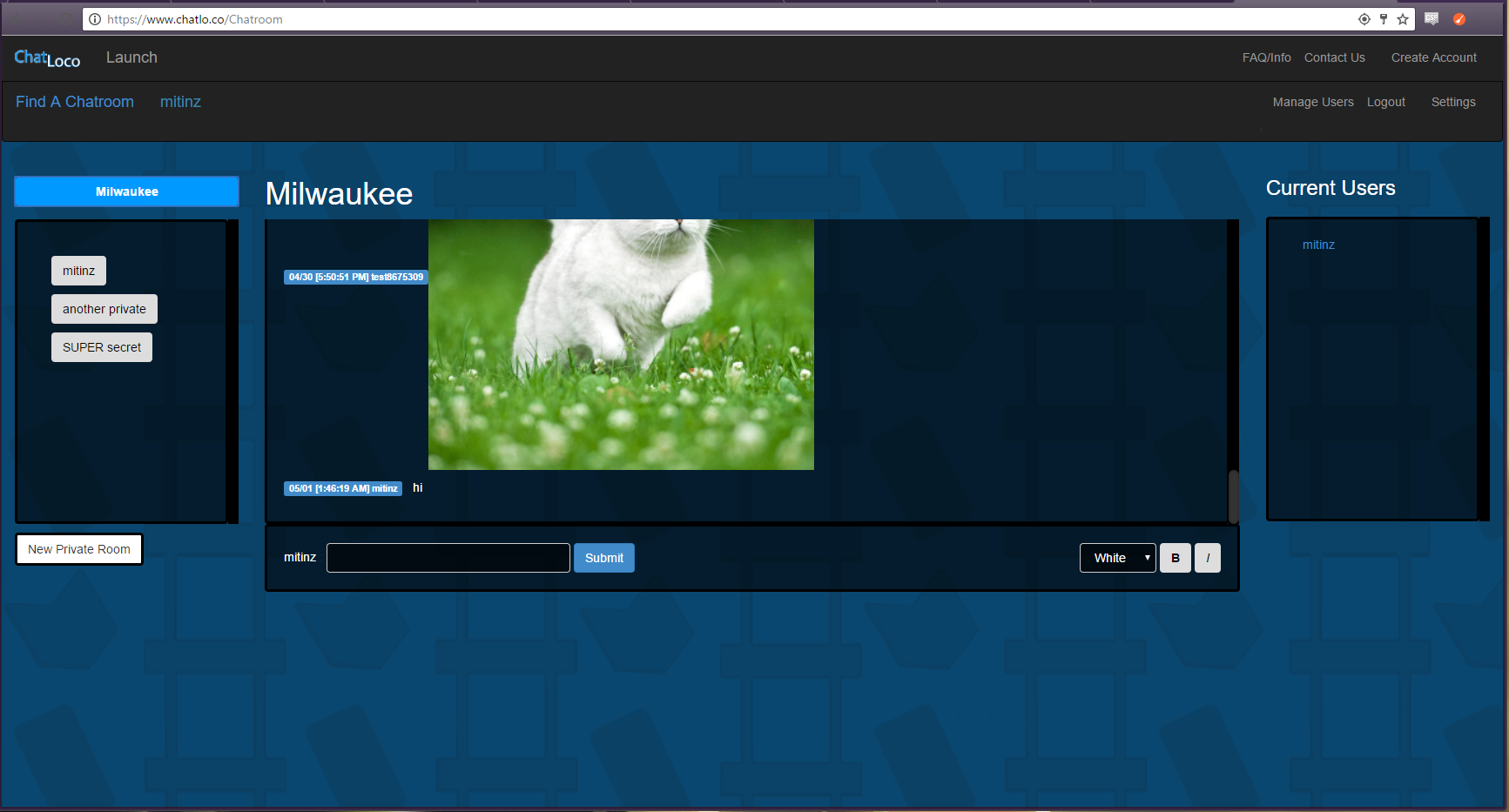 What can you do in a chatroom?

This is the fun part. So our text field allows for all standard ascii characters. We also supply a dropdown for text color selection, in addition to a bold and italics option. There are two commands that allow the user to interact a little more...awesomely...within the chatroom. 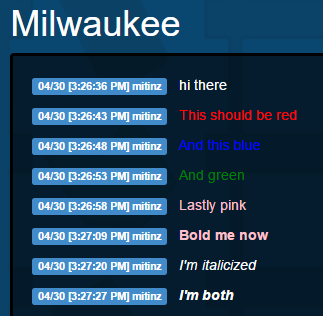 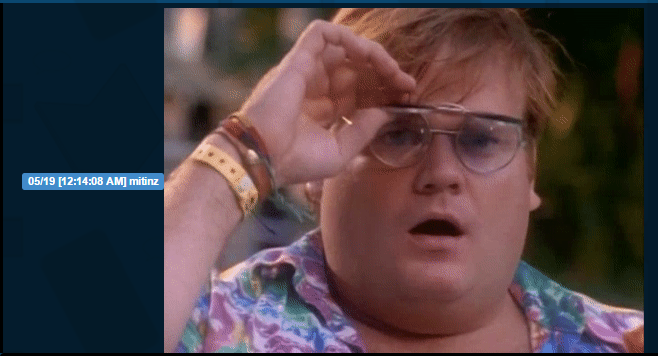 Awesome! Where can I go to access the site?

This is the reason for such a verbose README...ChatLoco So the short answer is the site is dark at the moment. This is SOLELY because of funding. We wrote the application in C# using ASP.NET MVC5, with Entity Framework for our database so when it came time to host it we used Microsoft Azure. This was fantastic as their hosting service is SO robust, however we paid a pretty penny to use it. Google also required our site use https and have an official SSL certificate from a trusted CA - which we received from Let's Encrypt. Lastly we bought the domain chatlo.co and thus need to continue payment for continued use. The big kicker was Azure, and after the class ended we (as a group) decided to cancel the monthly funding for the application. We did however decide to keep the domain so if we ever wanted to go live again, we could. So that is why ChatLoco is dark :C

That sucks...but I don't have an infinite wallet either so I understand

But there is hope! Knowing the services would be shut off we peppered this README full of screenshots of all parts of our application so you could see it in its glory days, even if the site is all but dark.

Meet the Devs - and their githubs!

Thats all she wrote boys, gg.