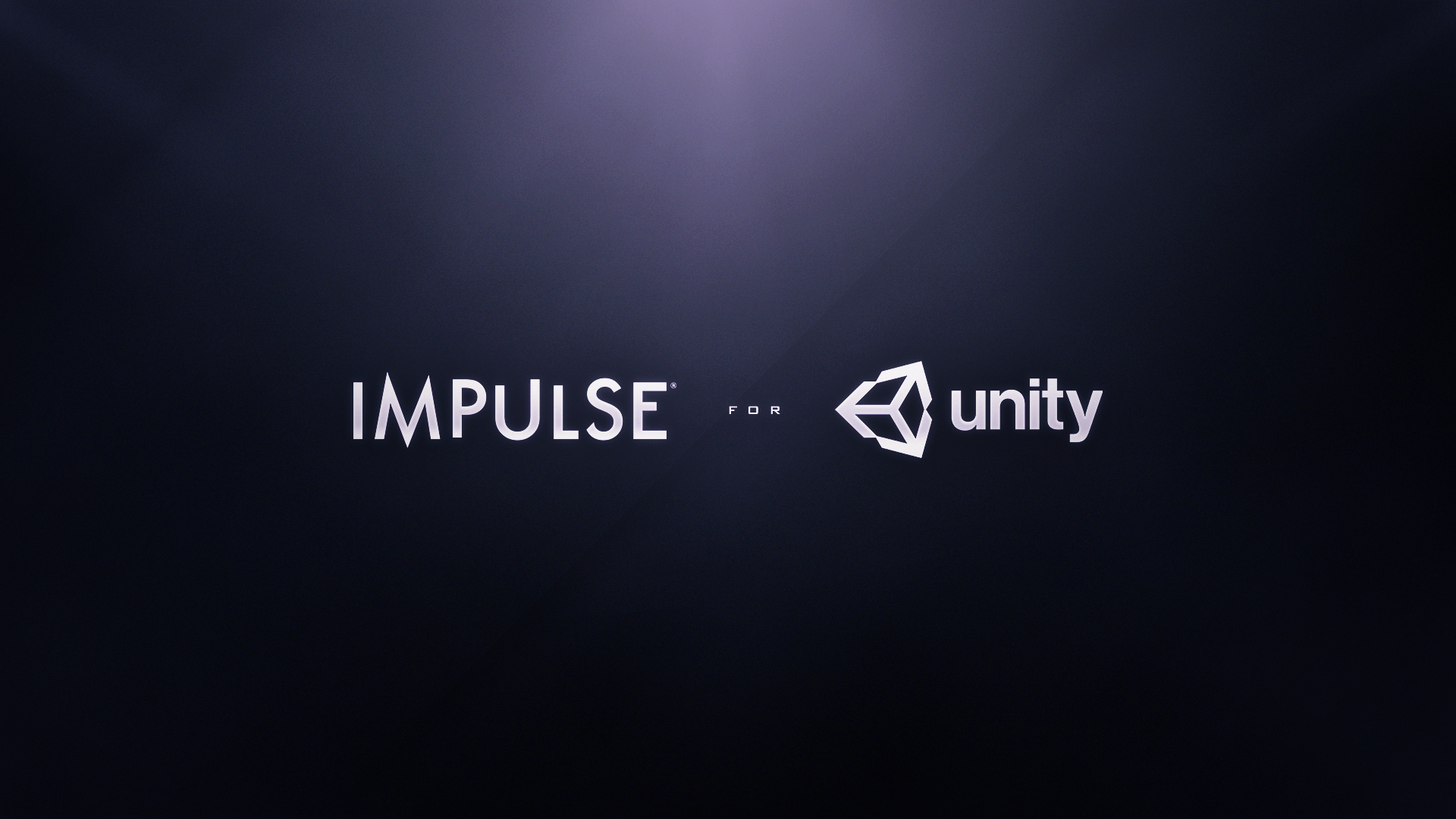 A bootstrap framework designed to expedite the creation of Unity projects. The purpose of the framework is to empower developers to focus on developing the game features and worry less about common game systems such as scene management, camera systems, etc. by providing customizable implementations out of the box.

Note about licensing : Almost everything in this framework is licensed under Unlicense and can be used for any purpose (including commercial). The exceptions are:

We, the creators, believe clean code is based around SOLID principles. More specifically, this means:

The framework, however, does not enforce any rigid programming structure. It provides several tools that just work out of the box but leaves the implementation of your game up to you.

In the Build Settings, set the Splash scene to 0 and Menu to 1. Unity preloads everything in each scene, with the exception of the first scene (scene 0). For optimal performance, you should keep your splash scene as lightweight as possible and try not to add too many objects.

The framework comes with commonly used services such as SceneService. If you want to add your own project-scoped managers, you can do so via the following:

Your singleton service prefab will now be spawned in the project scope no matter what scene you start Play mode from.

The SceneService is used for loading scenes (with or without transitions). A scene can be loaded in the following ways:

These loading methods are called programmatically - look at SceneService.cs to see the methods.

Many games have a splash image or studio logo shown before the game begins. The framework can be set up to display a custom splash image before loading the main menu.

By default, SceneService scene changes have a fade in / out time. You can change this by editing the SceneService prefab or programmatically. For the latter, the SceneService is assigned to the main system startup prefab and can be injected as a dependency into any script.

The loading screen service offers both interactive (click to continue) and automatic (starts scene once loaded) transitions. Loading screens are selected at random from a LoadingScreenConfig scriptable object. This design follows the trend in many games where a random loading screen is selected that shows gameplay tips for the user to read while they wait.

The framework provides a customizable main menu that is contained within a single scene in order to remain mobile-optimized.

Refer to the video in the section above for a video walkthrough of the main menu.

To run one of the examples in the GameExamples folder, replace Menu and the sample Level01 in the build settings with the specific menu and game scene from the example game's _Scenes folder.

A deterministic finite state machine that works with C# objects as states. It derives from MonoBehaviour to be compatible as a component on game objects that need their own state machine but can also be used for controlling overall project state. While the setup can seem cumbersome, it ensures states are properly identified by their class implementations while also allowing for mocking of states through Zenject binding a different array of test states.

The following steps must be repeated for each state machine in your game.

In the below example, we define enums for Game states and transitions (the 'Game' prefix separates these states from states for other state machines).

Create subclasses of your abstract class above for each state you want in the game. For example:

Note that your subclass must assign the _stateId for itself. This is the GameStateId we defined in the abstract class deriving from State (stateId is a protected property of the base State class). In the example above, we make this assignment in the constructor and then create a separate injection function for dependencies.

Create a new C# class deriving from MonoBehaviour that will be your finite state machine. In the Awake() method, you must pass a few parameters:

In addition, your state machine should call the base class's associated MonoBehaviour methods such as Update(), FixedUpdate(), OnTriggerEnter, etc.

We recommend copying and pasting the following, then adapting it to your needs:

Attach your derived state machine to a gameobject in the scene. Next, add a GameObjectContext and create an installer where you will assign the states list to be injected into the state machine. For example:

This is how our state machine looks in the hierarchy:

Before transitioning to a new state, you must first add the transitions by calling AddTransitions() inside the BuildTransitions() method of a State, which gets called by the state machine after a transition. For example:

You can transition to another state by calling MakeTransition([enum ID of transition]);

We put the transition after the yield statement to ensure setup completes before transitioning to the next state.

Note: Because we override StartCoroutine(), you cannot use nameof() to generate the argument, you must reference the coroutine function with curly brackets on the end, like above.

The music manager and music playlist system allow for easy playback and organization of background music within scenes.

For a video demonstration of the music manager and music playlists: https://www.youtube.com/watch?v=jQGTqGalGVw&index=2&list=PLLXw4Fw6qNw5WVLPn1hhJNEcwXjxt3b9j

This camera is best suited for 2D games.

For a video demonstration of the top-down camera: https://www.youtube.com/watch?v=DLTyrbMxytA&list=PLLXw4Fw6qNw5WVLPn1hhJNEcwXjxt3b9j&index=3

This camera is based on the camera used in many popular MMORPG games and automatically zooms in when the follow target is obstructed by an object.

For a video demonstration of the third person camera: https://www.youtube.com/watch?v=DDdnLPPZXLg&index=4&list=PLLXw4Fw6qNw5WVLPn1hhJNEcwXjxt3b9j

The framework includes an InterfaceManager that allows easy switching between interface screen (canvas) objects by setting them active / inactive. The only requirement is that each canvas object has an Interface Screen component (InterfaceScreen.cs). You can find the Interface Manager prefab in the "Assets/02_Prefabs/UI" folder.

The Interface Manager also has methods for calling the SceneService to change scenes. This is useful for games that have a main menu.

Most AI scripts in the framework are based around a Faction component that specifies what faction a gameobject belongs to. For a gameobject to be used with the AI scripts, it must have the Faction.cs script attached along with a faction specified (factions can be neutral in addition to friendly or hostile).

The waypoint system provides an easy way of generating a connected path of points, with the option to ensure it is a closed loop. The waypoints system does not use the Faction system, it simply creates waypoints that any object can follow.

The WaypointPathManager loops through each child object in its transform and generates a path through them.

These are procedurally generated cones that can be used to give a gameobject the ability to 'see' other gameobjects.

The sphere detector projects an invisible sphere around an object. The idea is other objects within this sphere are 'detected' by the object, similar to radar. This system does not actually involve AI behavior, but can be useful in setting one up.

For a video demonstration of the sphere detector: https://www.youtube.com/watch?v=1ZLkDv9OUNc&list=PLLXw4Fw6qNw5WVLPn1hhJNEcwXjxt3b9j&index=7

The framework comes with a basic data loading system that reads JSON files and turns them into .asset files with an associated prefab.

To see an example of how it works:

In actual production, you probably don't want to generate new prefabs each time the JSON files change but instead have the .asset files read at runtime when necessary. The prefab generation is included in the JsonItemExtractor functionality for demonstration purposes.

To edit which information will be managed, the developer must edit the PlayerProfile class. Be aware that only public variables will be serialized and saved.

In all cases, the developers must interact directy with the LocalPlayerProfileService singleton in order to access, load, save or reset the PlayerProfileInfomation.