This project aims to revive the PDP-6 (and later PDP-10) computers by DEC.

I started by writing a very low level emulator in C based on the schematics. Later I also wrote an accurate verilog simulation that also works on an FPGA.

Both are driven by a virtual front panel but the plan is to create a replica of the original panel. 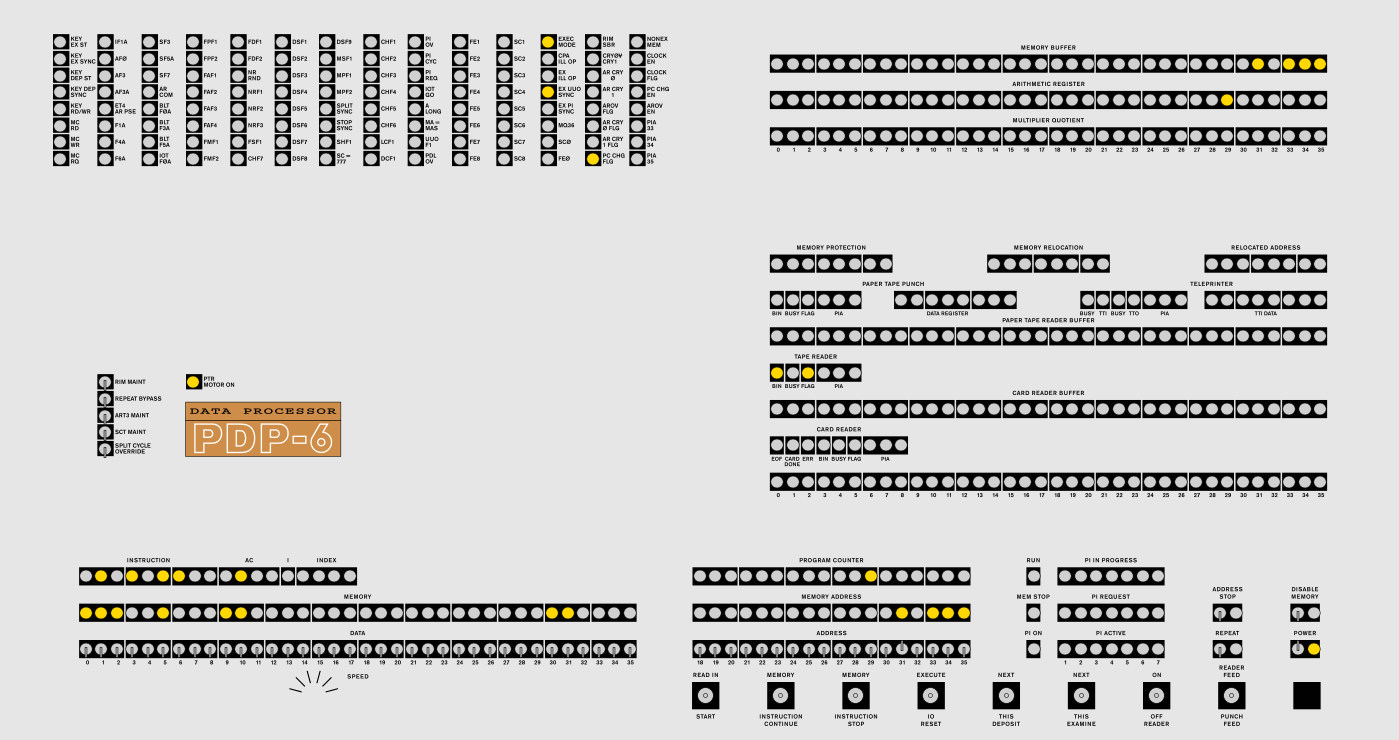 The code is more or less a transcription of the schematics into C. This means you will not understand it unless you're familiar with the maintenance manual. Pulses are represented as functions, when a pulse triggers another pulse it does so by the pulse function which queues a pulse in a list of pulses that are to happen, sorted chronologically. Between pulses that happen at different times various things are done like checking external pulses and advancing the simulation state. The timing is not yet 100% accurate but it's pretty close.

The supplied makefile assumes gcc (there are flags to silence some stupid warnings). Otherwise you need SDL and pthread.

The cpu (apr), console tty, paper tape and punch, the data control and DECtape are implemented. 340 display is also sort of working. The panel is missing the repeat delay knobs, but the functionality is implemented.

The verilog code is a very accurate transcription of the schematics as well. Since the real machine is asynchronous I had to pull some tricks to make it work on an FPGA. The real machine uses delays that are triggered by pulses and output another pulse after some time. Instead of pulses I use clock enables, and delays are implemented by a counter synchronized to the 50MHz system clock.

I'm using a DE0-Nano-SoC with has an ARM hps connected to the Cyclone V FPGA. On the ARM side runs fe6 (a DDT-like interface) which communicates with the FPGA through memory mapped IO registers. The quartus project is not yet part of this repo but the important modules are in the verilog directory.

NB: not up to date