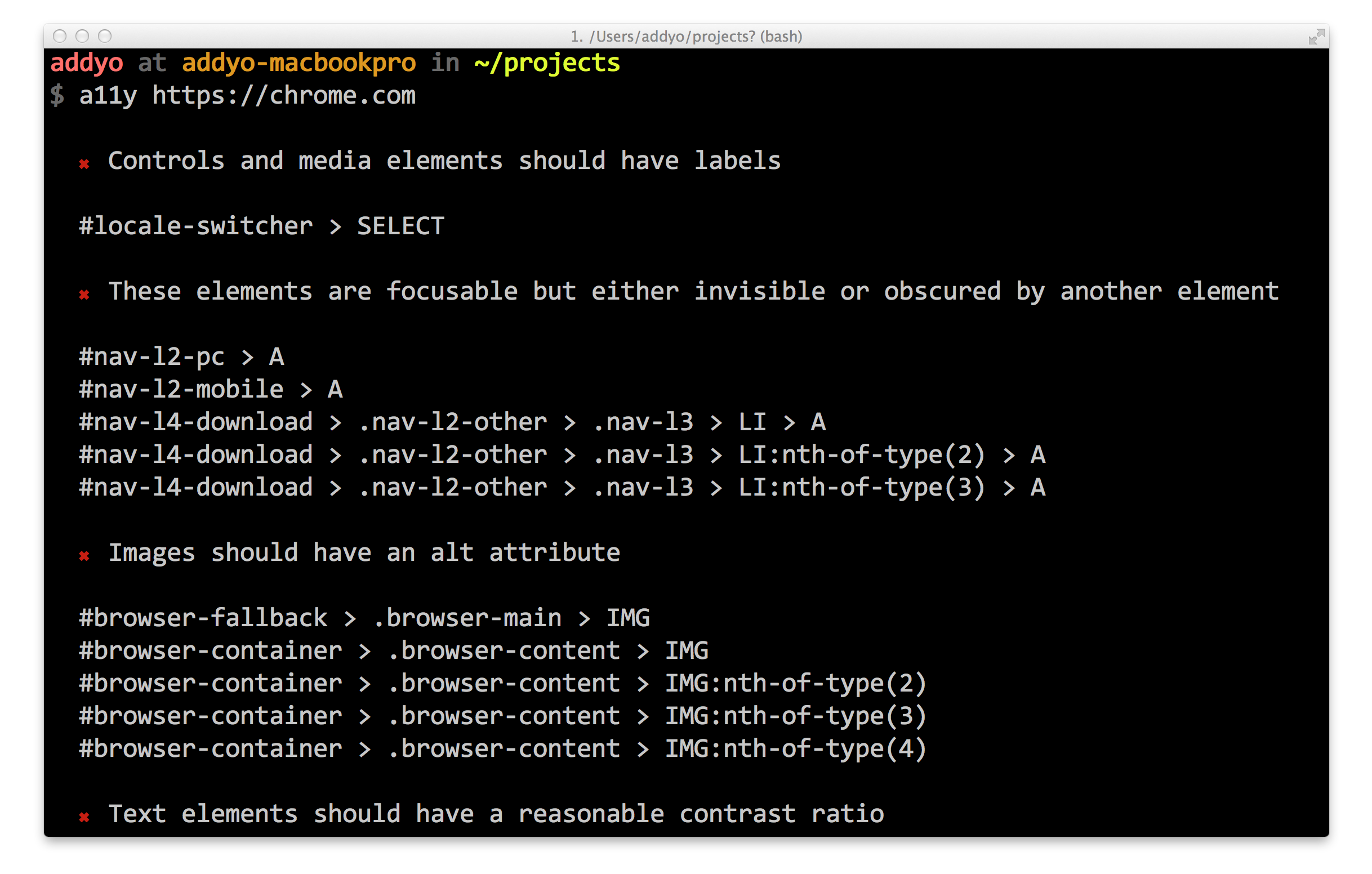 PhantomJS, which is used for generating the screenshots, is installed automagically, but in some rare cases it might fail to and you'll get an Error: spawn EACCES error. Download PhantomJS manually and reinstall a11y if that happens.

Run an audit against a URL: 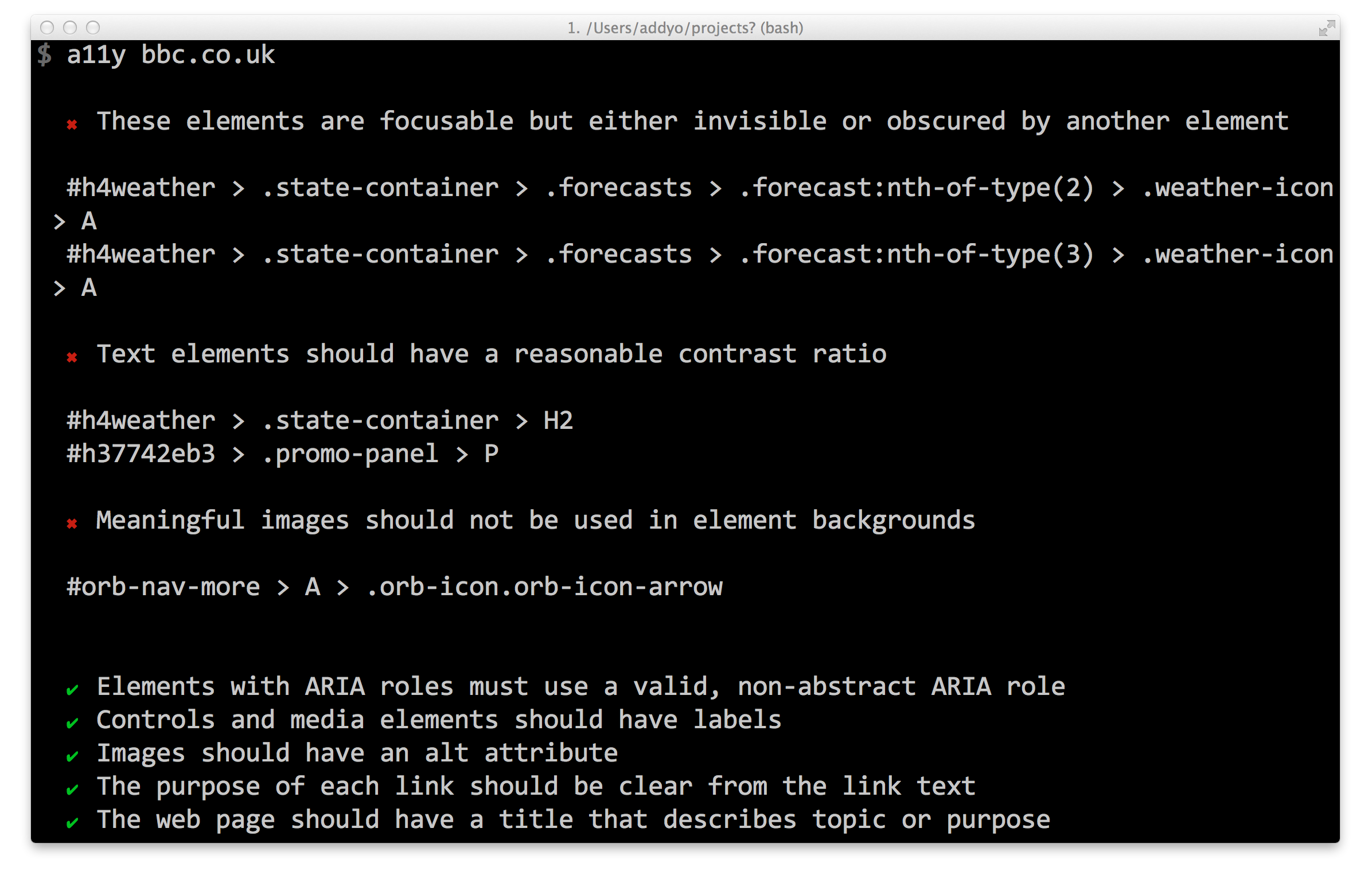 Even with glob patterns:

Set a custom delay before capturing the page

Useful when the site does things after load that you want to capture.

Audit a remote URL and generate an accessibility report:

Work with the output of reports.audit:

Currently, the only suported option is:

To interpret how to fix individual issues in an audit, see the Audit Rules section of the Accessibility Developer Tools project.

Per the Accessibility Developer Tools, the results in an audit may be one of three types:

If you use Grunt, grunt-a11y is a task by João Figueiredo that uses a11y under the hood.

At this time, this module should be relatively reliable when auditing for accessibility issues in static sites.

We are actively working on exploring support for complex web-applications, including those using JavaScript libraries such as Polymer, Angular and React/Flux. We hope to bring this work to the main master branch once it is considered stable.