This is a partial port of LibBWEntrainment and SINE. It can play .sin presets using the Web Audio API.

This port can ONLY PLAY presets, and it works in a completely different way than the original Java version. Sound synthesis is provided almost entirely by the browser, so sound quality varies with the browser you're using, and it sounds slightly different from the PC/Android version. That said, I tried to make it sounds as similar to the original as possible. All other capabilities of LibBWEntrainment were sacrificced in this port. There is absolutely no modularity: all it does is load a .sin file via AJAX, and render it as Isochronic tones. As a result of these limitations, it is very small and relatively lightweight. No libraries or frameworks were used.

Note: Some browsers will not let the player access the .sin file from the hard drive, so you must load your entire site to a server and and access it from there. Also, for security reasons, .sin files can only be loaded from the same domain. 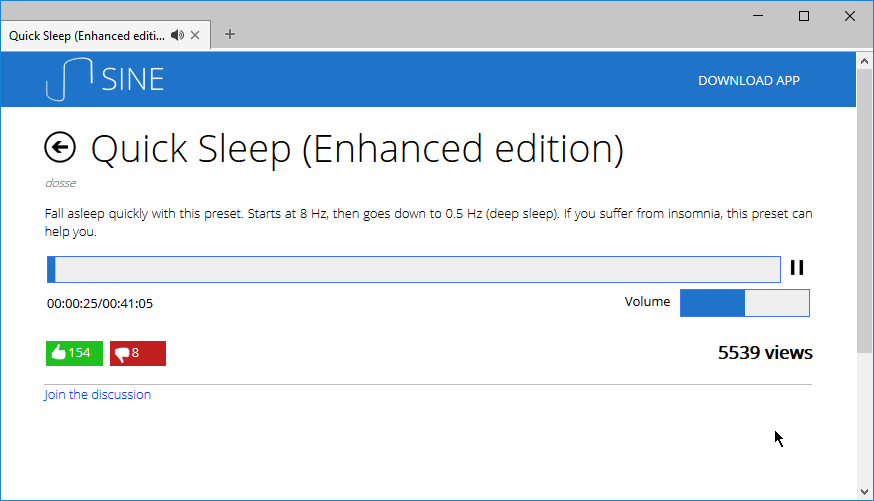 You should have received a copy of the GNU General Public License along with this program. If not, see http://www.gnu.org/licenses/lgpl.