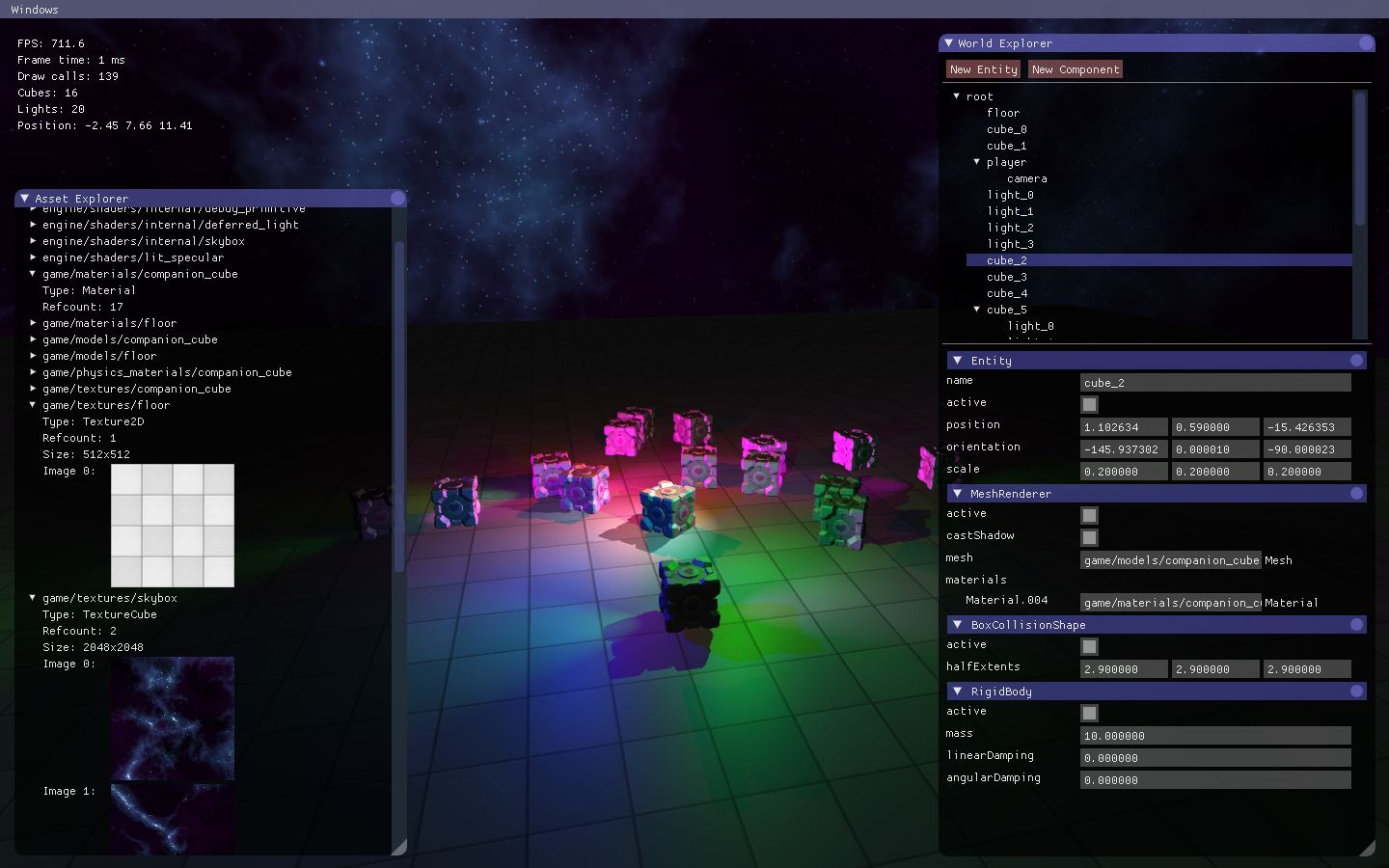 Orion is licensed under the ISC license, see license.txt for details.

You must also install the following requirements (including their development packages):

Building on Windows requires Visual Studio and SCons to be installed. All other library dependencies are pre-built and included in the repository. SCons needs to be added to your PATH.

Currently, SCons (2.5.1) does not properly support VS2017. However, it works if you run "vcvarsall.bat x64" from the Visual Studio developer command prompt.

To build Vulkan support, the LunarG Vulkan SDK must be installed.

After cloning the repository you first need to clone submodules containing some external libraries:

You can then build by running SCons:

And finally run the test game (Cubes) with:

A number of options can be passed to SCons to configure the build, which will be saved until the next time they are specified. The following options are supported: