The purpose of this new software application is to track complaints from the public against police officers as well as have the ability to create new records of complaints, update these records, assign them to different investigators, close them out, and other related features.

It is intended to be a full-featured internal affairs case management system. The deliverables include:

This software will be built using Window Forms and C#.
It will be delivered as a desktop application, with MS SQL Server as the database hosted in Azure.

The target audience for the elevator pitch is police administrators.

In conjunction with a tenured police chief and other police leaders, we've developed a software product that will enhance the level of professionalism within your progressive police agency. The software will enable your staff to intake, document and investigate complaints against police officers. This is an important tool that will build greater community trust and accountability within your department. The software will also feature "early warning" reports helping you identify problems early.

An administrator can view a complaint any time after it is generated, but cannot assign a discipline until the investigator has assigned a disposition. An administrator is the only one who can assign discipline (none, letter of reprimand, suspension, demotion, termination). Once discipline is assigned the case is now considered closed, and cannot be further edited by anyone. The administrator will also be able to generate the reports, as described in the user stories.

After a case has been closed, an officer can view a list of all cases in which he or she was the subject of an investigation – except the officer will only be able to view the name of the citizen, but not any of his or her contact information.

As a Supervisor, I want to:

As an Investigator, I want to:

As an Administrator, I want to:

As an Officer, I want to:

As the System Administrator, I want to: 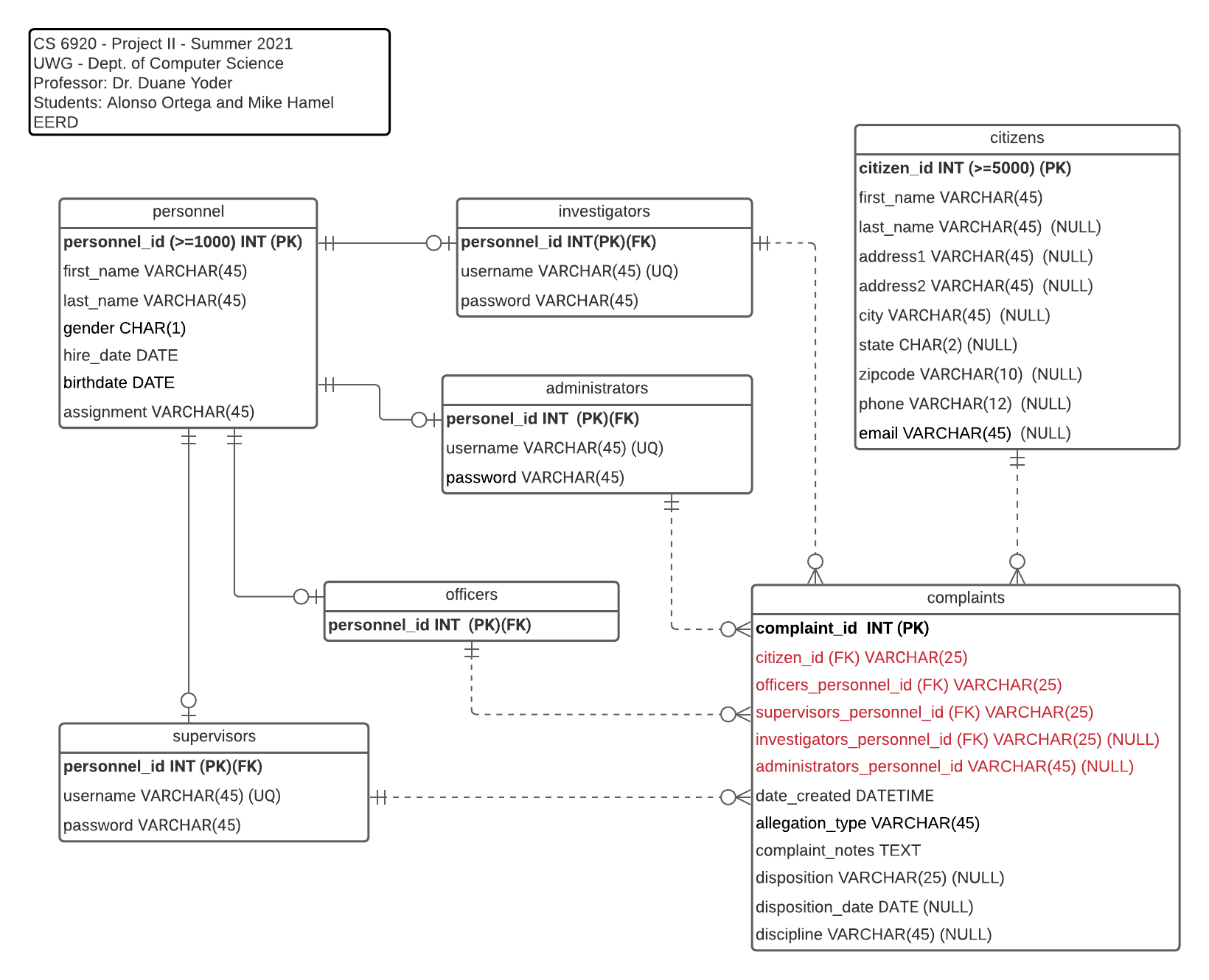 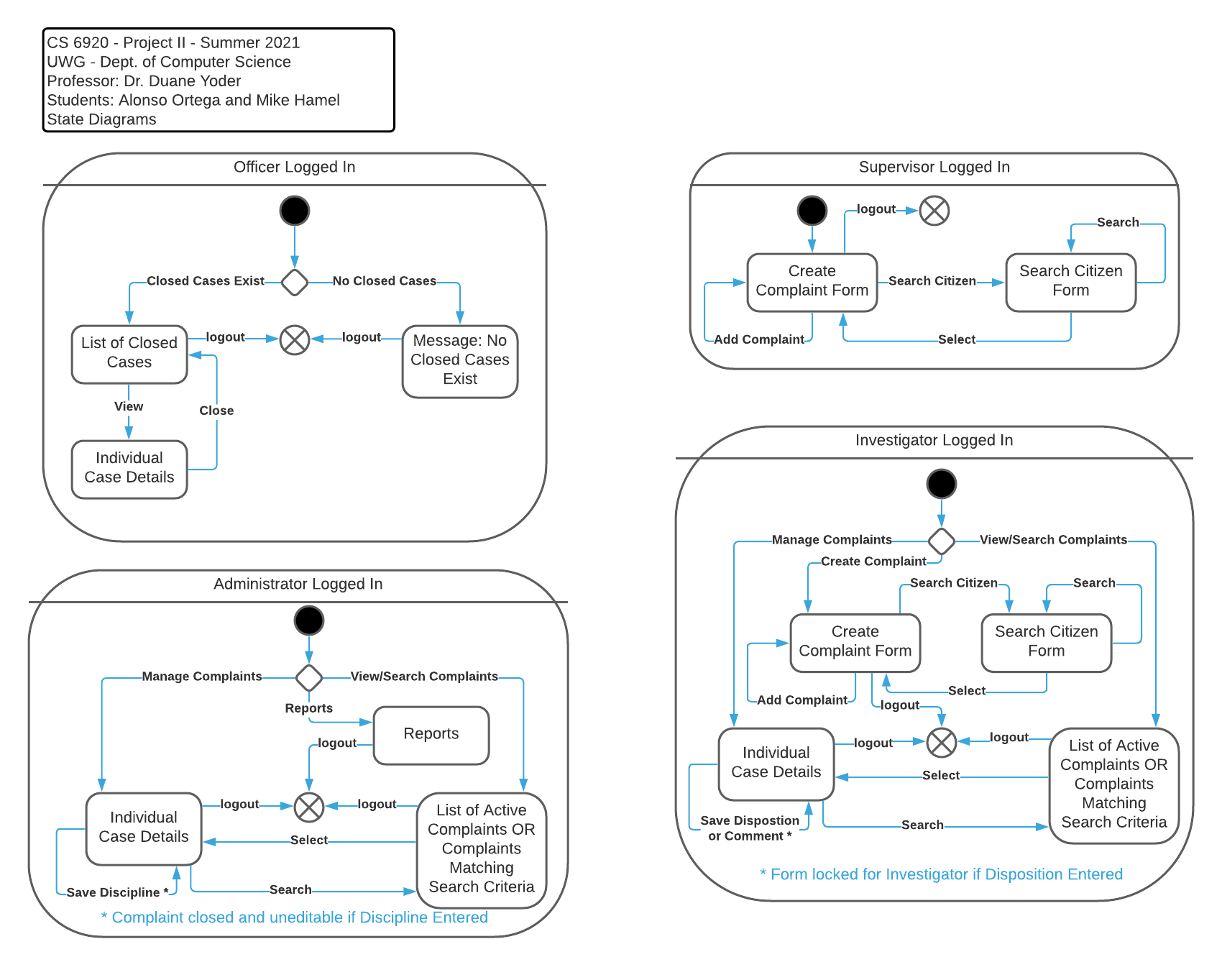