To evaluate the maximum performance capability of TheRouter number of test were conducted. Performed tests tried to cover dirrent types of ipv4 traffic and a load that the router might face in a real network.

To generate test traffic PktGen software was used. PktGen is a DPDK based stateless packet generator capable of creating traffic with different parameters practically on wire speed. Main traffic parameters that were covered by tests are:

Also, different TheRouter configurations were tested and differed by: 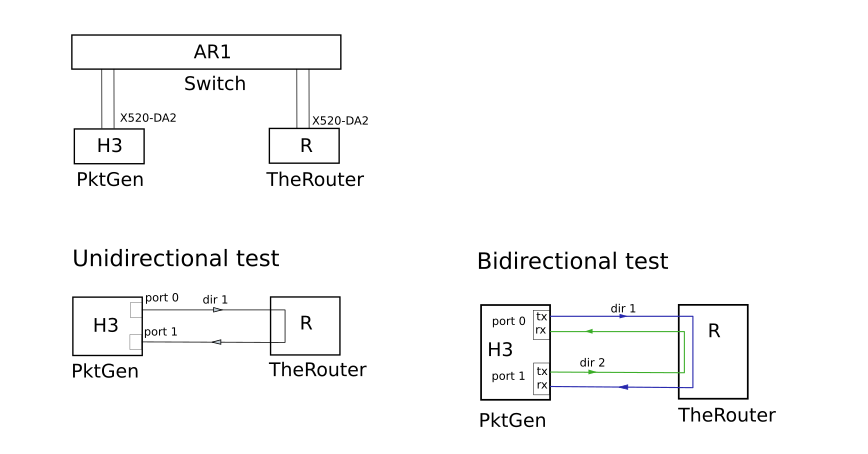 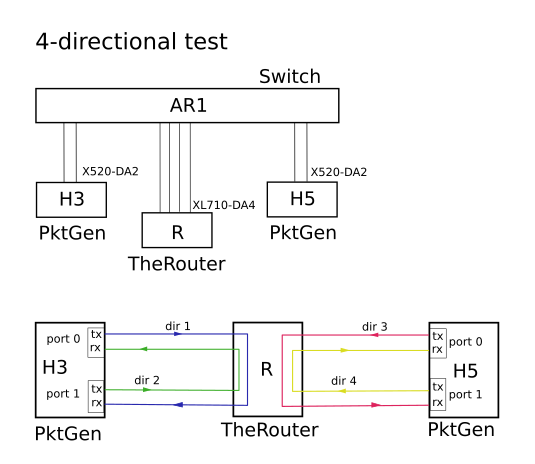 Tests have showed that TheRouter is capable of forwarding up to 32Mpps traffic of 64 bytes packets with 0 packet loss (test 14.3 in the table with full results below).

In more complicated test scenario when router was configured with LACP bonding port and 800k routes were installed into its FIB it showed result of 23 Mpps with zero packet loss (test 17.1 and 17.7)