For my engineering class at school I built a simple wireless weather station using two Arduino boards. It currently measures temperature, humidity and pressure, and transmits this data over 433 MHz for displaying on an LCD display. For more details on this project, read the report I wrote for school over here - http://bit.ly/1RBwYhi. 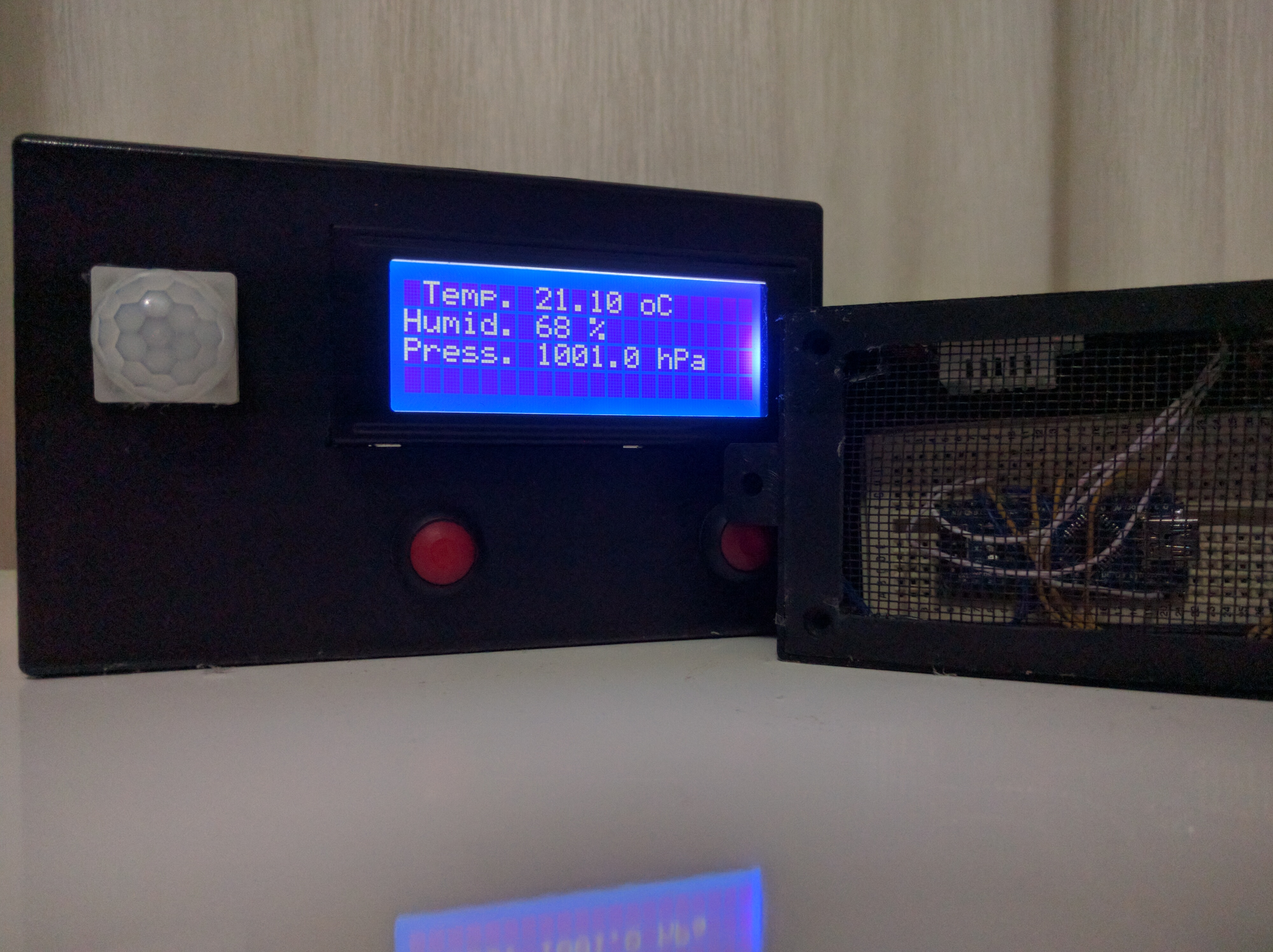 The code is heavily commented so it's not too hard to see what each bit does. However, here is a short description of how it works.

The transmitter uses some different libraries for the sensors:

Here is a short description of the code:

This project is an original idea but was inspired by this Instructable tutorial. Credits to developers of all the libraries - Mike McAuley (VirtualWire), Visuino (LCD Display library), Arduino community (Wire), Adafruit (DHTxx library).

Thanks also to my engineering teacher, Mr. Wayne Young, and to Alan Patterson for help on this project.