Learn how to use AC3 for local and remote state management

Apollo Client 3 is a GraphQL client that allows you to easily query the exact data you need from a GraphQL server. In addition to fetching and mutating data, Apollo analyzes your queries and their results to construct a client-side cache of your data, which is kept up to date as further queries and mutations are run, fetching more results from the server.

We have found that it can be challenging for developers coming from another state management library (like Redux) to fully grasp the AC3-way of doing things.

This repo contains several versions of the same Todo app, both Apollo Client and Redux examples, to demonstrate best practices on using Apollo Client to build applications using solely local state in addition to the real-world remote state use case. 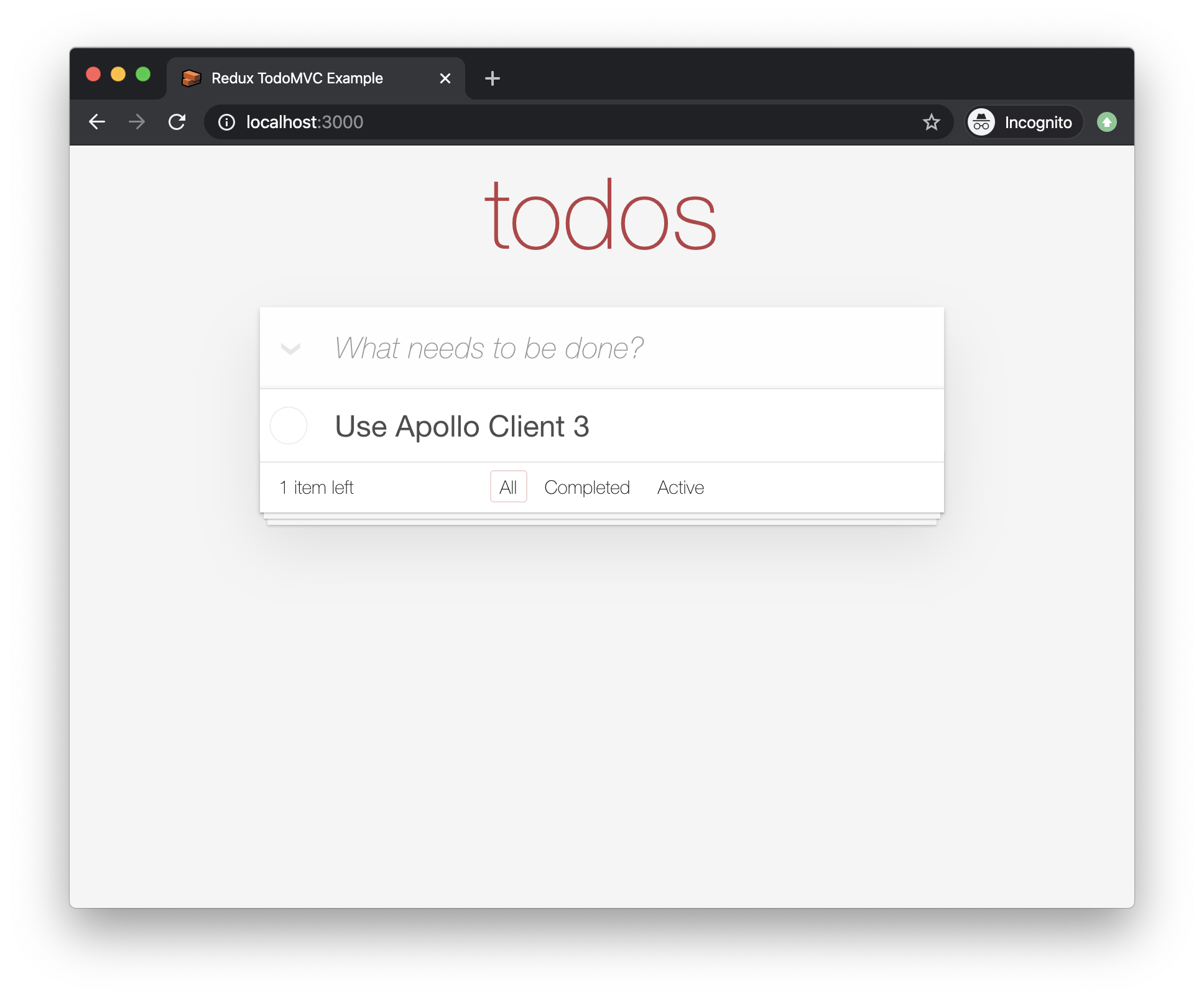 Check out the local state example.

Summary: Hooking Apollo Client up to a remote GraphQL API, the client-side cache is smart enough to automatically update the cache after most mutations successfully complete. For mutations that perform interactions against arrays or have additional client-side side-effects, we can help the cache decide what to do next by writing our update logic in the useMutation's update function. This approach uses the writeQuery and readQuery APIs which are recommended for those starting out with Apollo Client.

Check out the remote state example

Summary: This example is the same as the previous remote state example, except that this time, we're using the new AC3 cache manipulation APIs: cache.modify and cache.evict. This approach is recommended for users who are comfortable with how cache normalization works in Apollo Client and who want direct control over the cache.

Summary: This example is the same as the previous remote state example, except that it doesn't use a Relay-style GraphQL schema. This is mostly used for presentations to keep code succinct.

Summary: The Redux architecture provides us with a well-defined mental model for how to update state in an immutable way. We've provided this example in order to compare how to accomplish the same tasks in AC3 and in Redux.

Check out the local state (with Redux) example