dictoon released this · 1138 commits to master since this release

These are the release notes for appleseed 1.9.0-beta.

This release is the result of four intense months of work by the incredibly talented and dedicated appleseed development team.

Many thanks to our code contributors for this release:

And to our internal testers, feature specialists and artists, in particular:

Artem Bishev was one of our Google Summer of Code participants last year. He took up the rather intimidating project of implementing volumetric rendering in appleseed, and did an admirable job. Make sure to check out his final report for a detailed account of the features he implemented during the summer and the results he obtained.

Artem did not stop contributing once the summer was over. Instead, he kept pushing forward and implemented the much anticipated "Random Walk Subsurface Scattering", a more accurate method of computing subsurface scattering that actually simulates the travel of light under the surface of objects.

The results are nothing short of amazing, especially since Random Walk SSS appears to be as fast or sometimes faster than diffusion-based SSS (the traditional, less accurate method). Here are a couple renders showing Random Walk SSS in action: 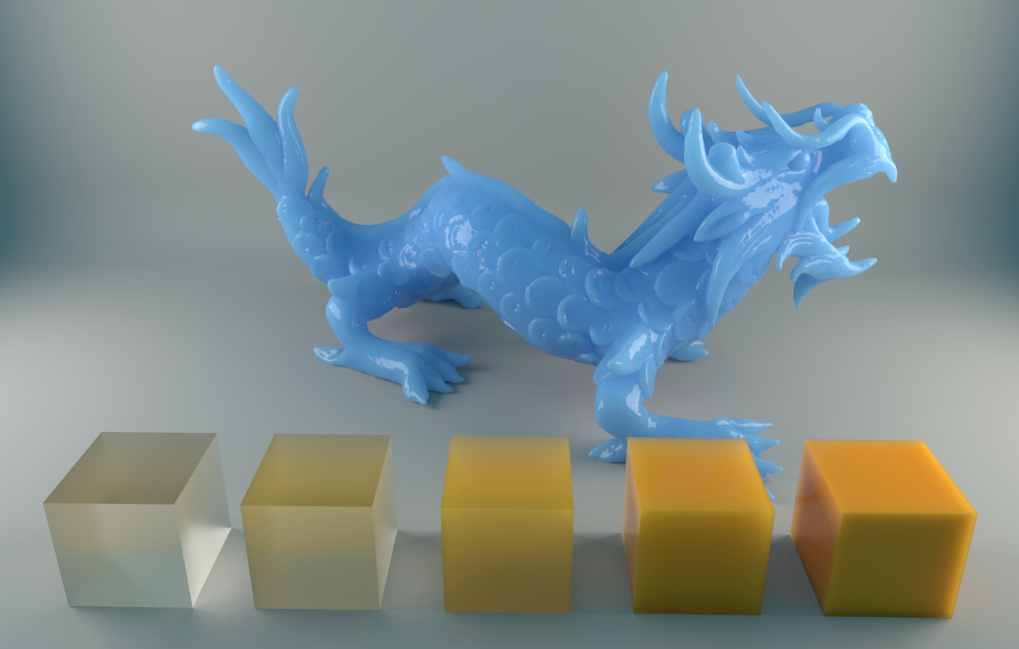 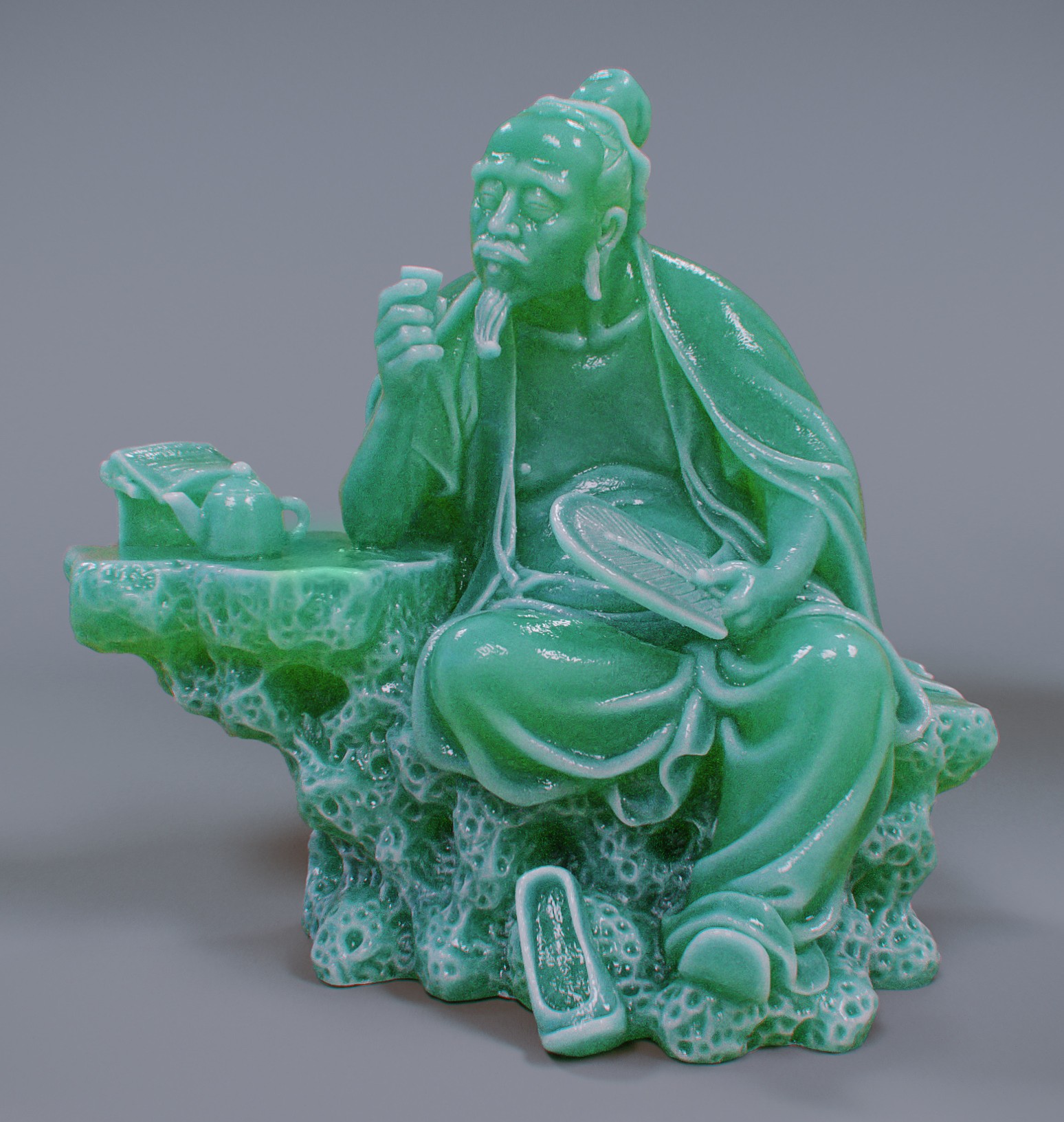 (Statue of Lu-Yu by Artec 3D, render by Giuseppe Lucido.)

Esteban integrated the BCD denoiser in appleseed. BCD stands for Bayesian Collaborative Denoiser: it's a denoising algorithm designed to remove the last bits of noise from high quality renders rendered with many samples per pixel (unlike other denoising techniques that basically reconstruct an image from a very small number of samples per pixel).

Here is the denoiser in action (click for the original uncompressed image): 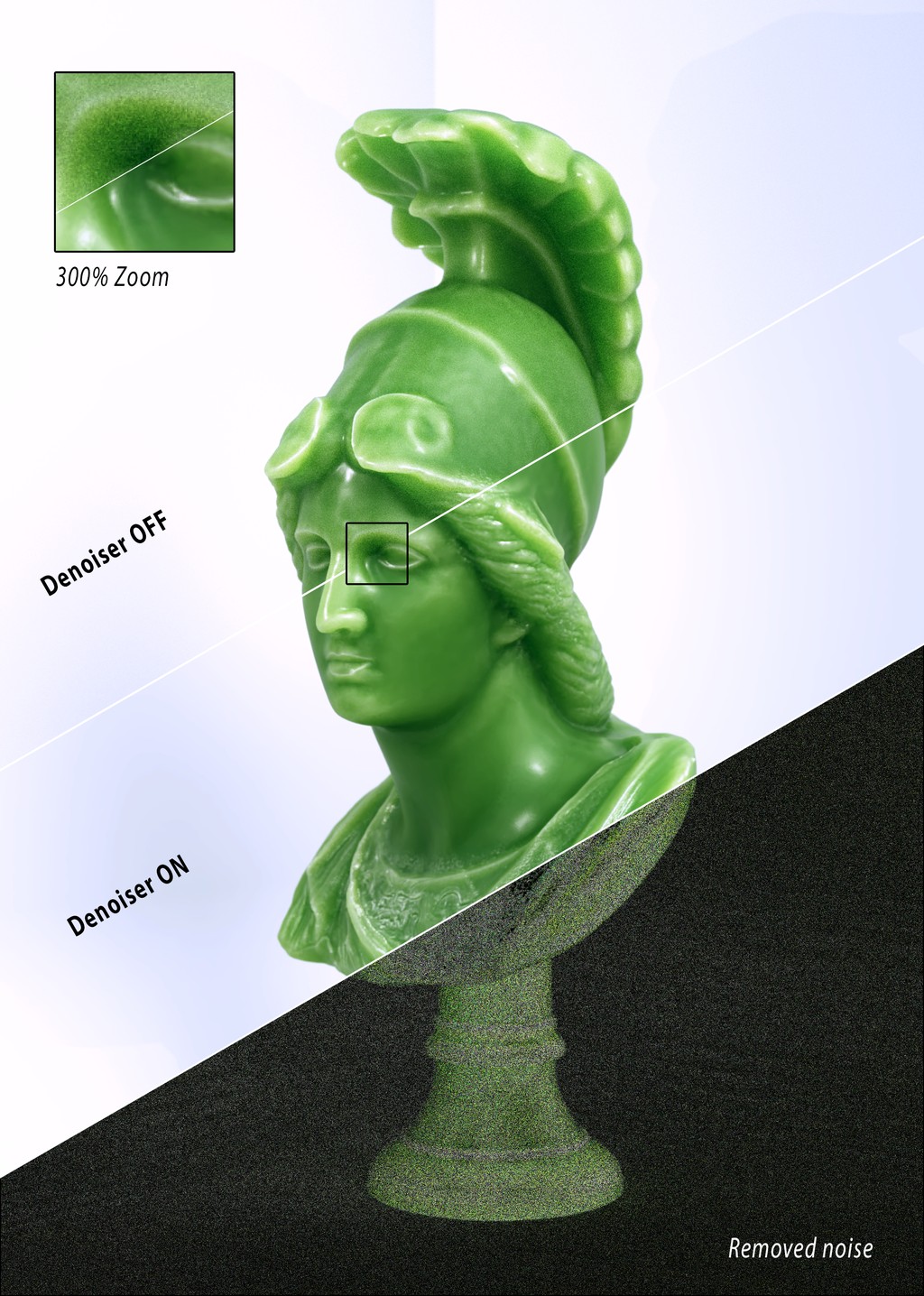 Light paths can now be efficiently recorded during rendering, without significantly impacting render times. This is part of a larger project where appleseed is being used in an industrial context to analyze how light is scattering on or inside machines and instruments.

When light paths recording is enabled in the rendering settings, it becomes possible (once rendering is stopped) to explore and visualize all light paths that contributed to any given pixel of the image. Light paths can be recorded for the whole image or for a given region when a render window is defined. Light paths can then be visualized interactively via an OpenGL render of the scene. Light paths can also be exported to disk in an open and efficient binary file format.

Here is a screenshot of appleseed.studio showing one of the many light paths that contributed to a pixel that was chosen in the render of a 3D model of the Hubble Space Telescope made freely available by NASA: 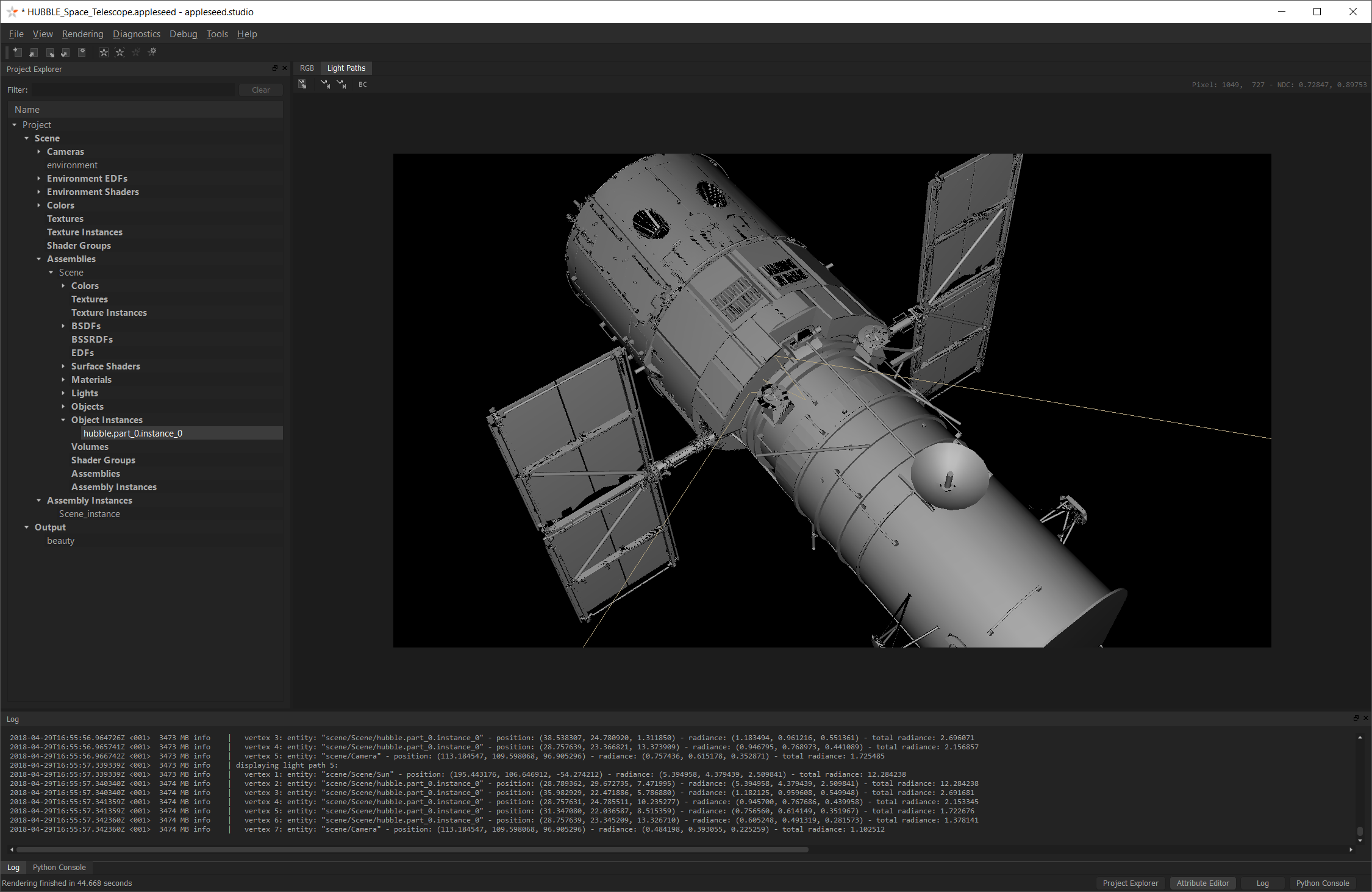 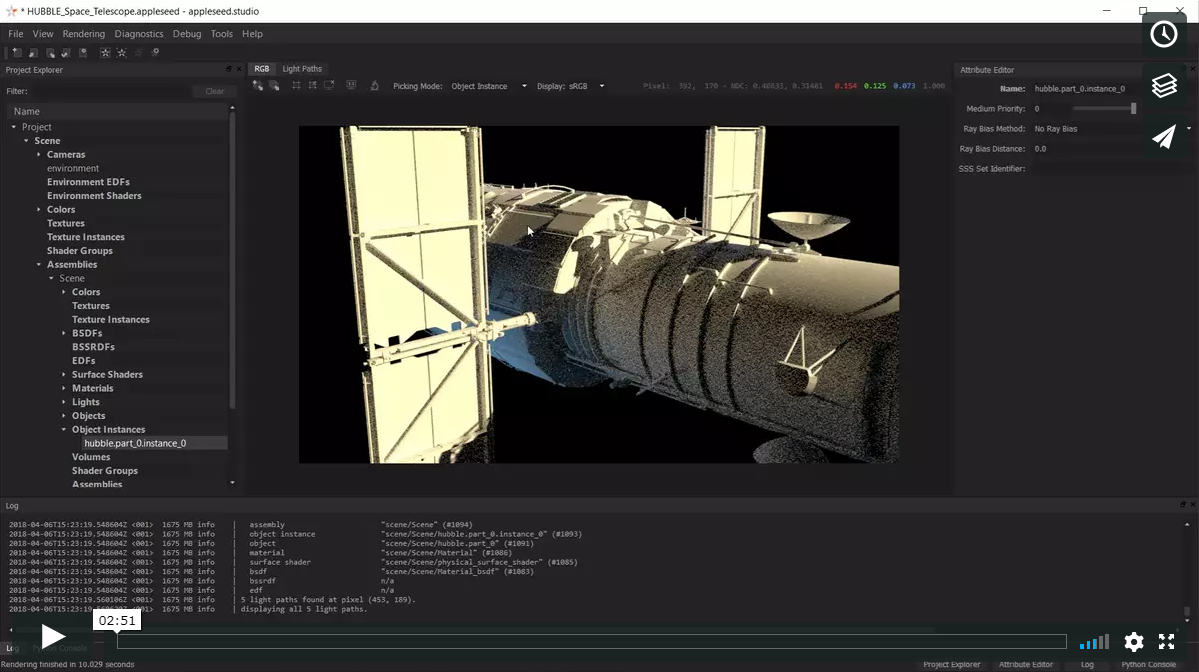 Jino Park and Fedor Matantsev implemented support for non-instantaneous opening and closing of camera shutters: it is now possible to specify how long a camera's shutter takes to open or close, as well as the rate at which it opens and closes. 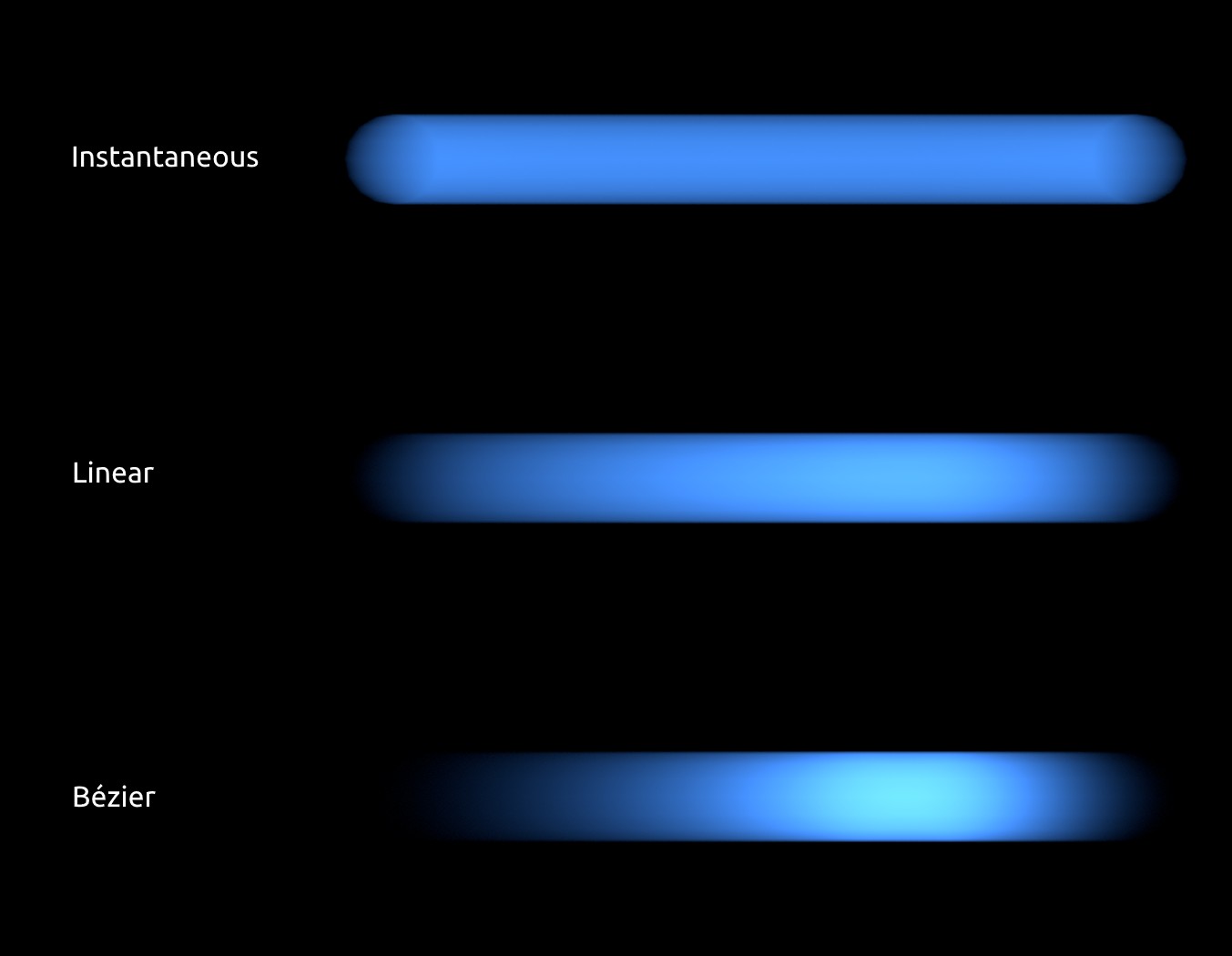 It is now possible to have appleseed add a "render stamp" to renders. The render stamp is fully configurable and can contain a mixture of arbitrary text and predefined variables such as appleseed version, render time, etc. Here is what the default render stamp looks like: 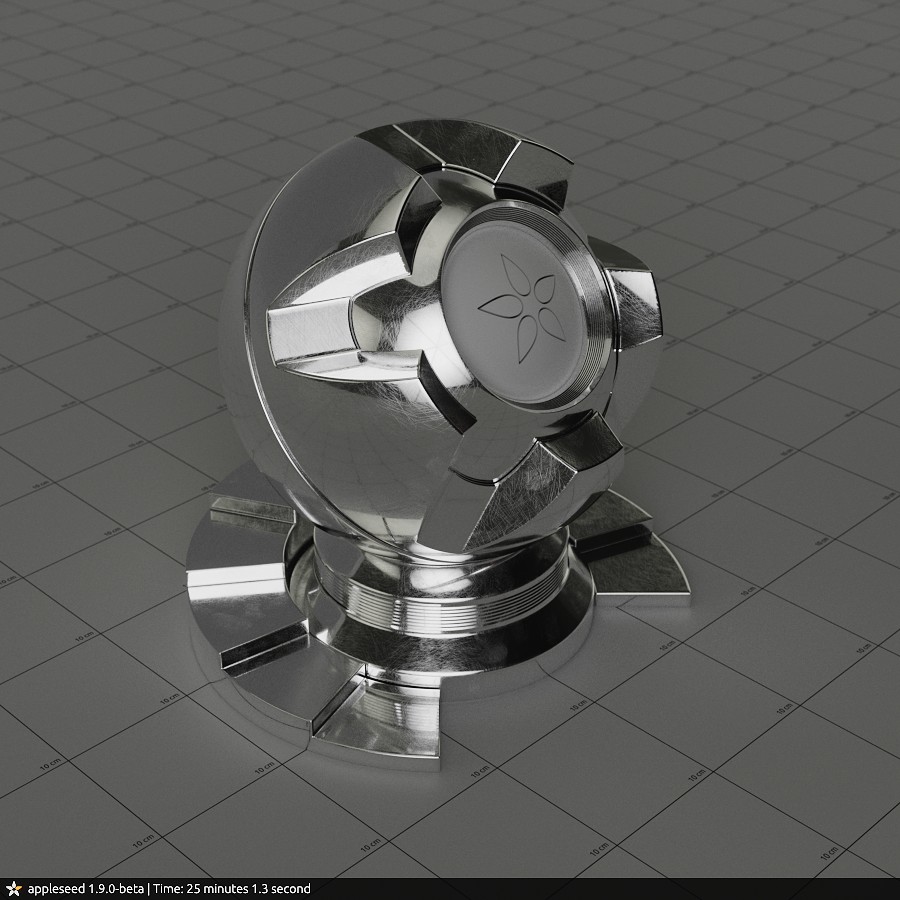 Esteban also added a new Pixel Time AOV (or "render layer") that holds per-pixel render times (technically, the median time it took to render one sample inside each pixel). This new AOV can help figure out which areas of the image are most expensive to render, and thus help optimize renders.

Here is an example of the pixel time AOV (with exposure adjusted) that shows that grooves and other concave areas of the shaderball are more expensive to render than convex ones (the scattered white dots are likely due to the operating system interrupting the rendering process once in a while): 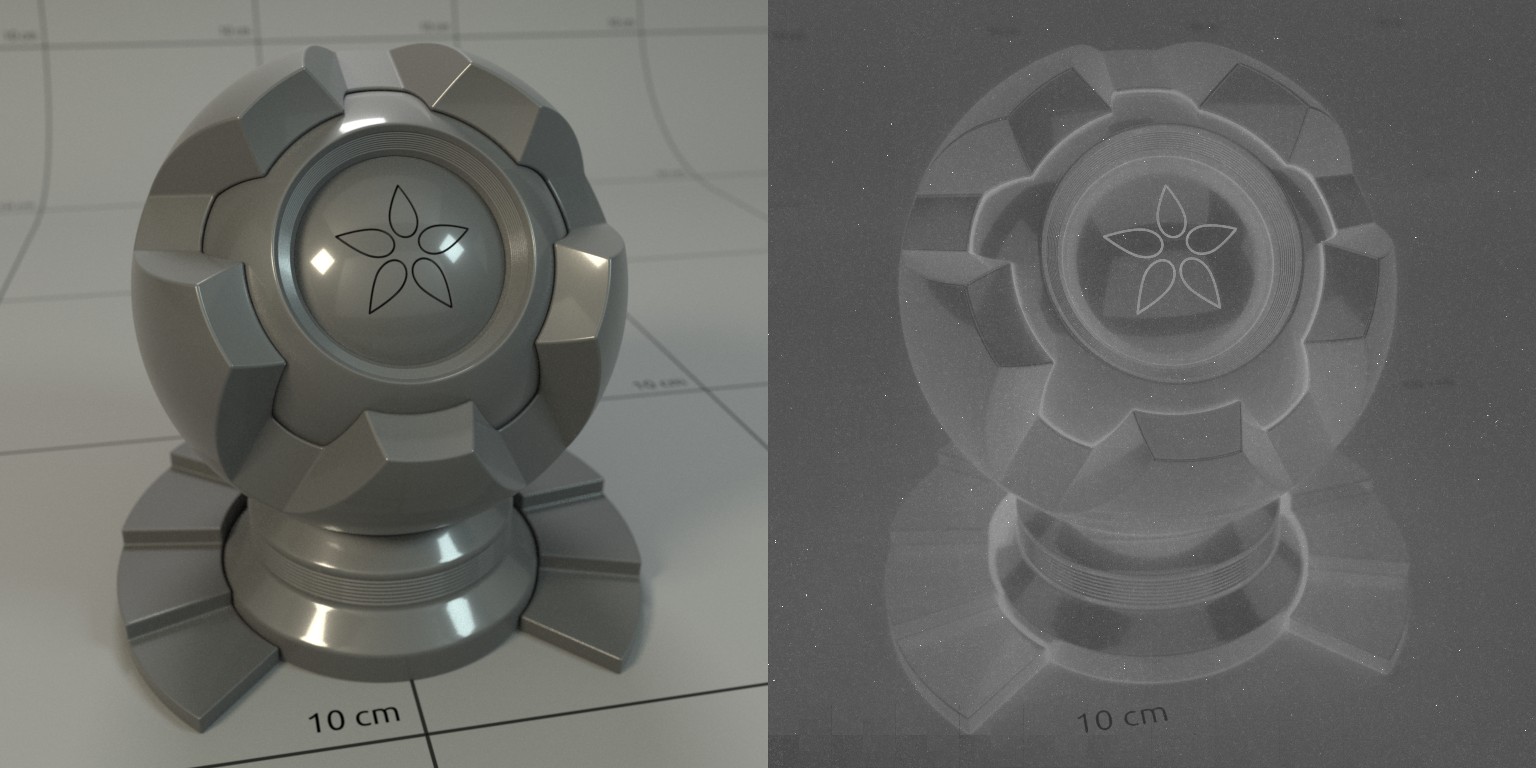