Llama is an experimental emulator for the Nintendo 3DS's ARM9 (with a very limited ARM11 implementation as well). 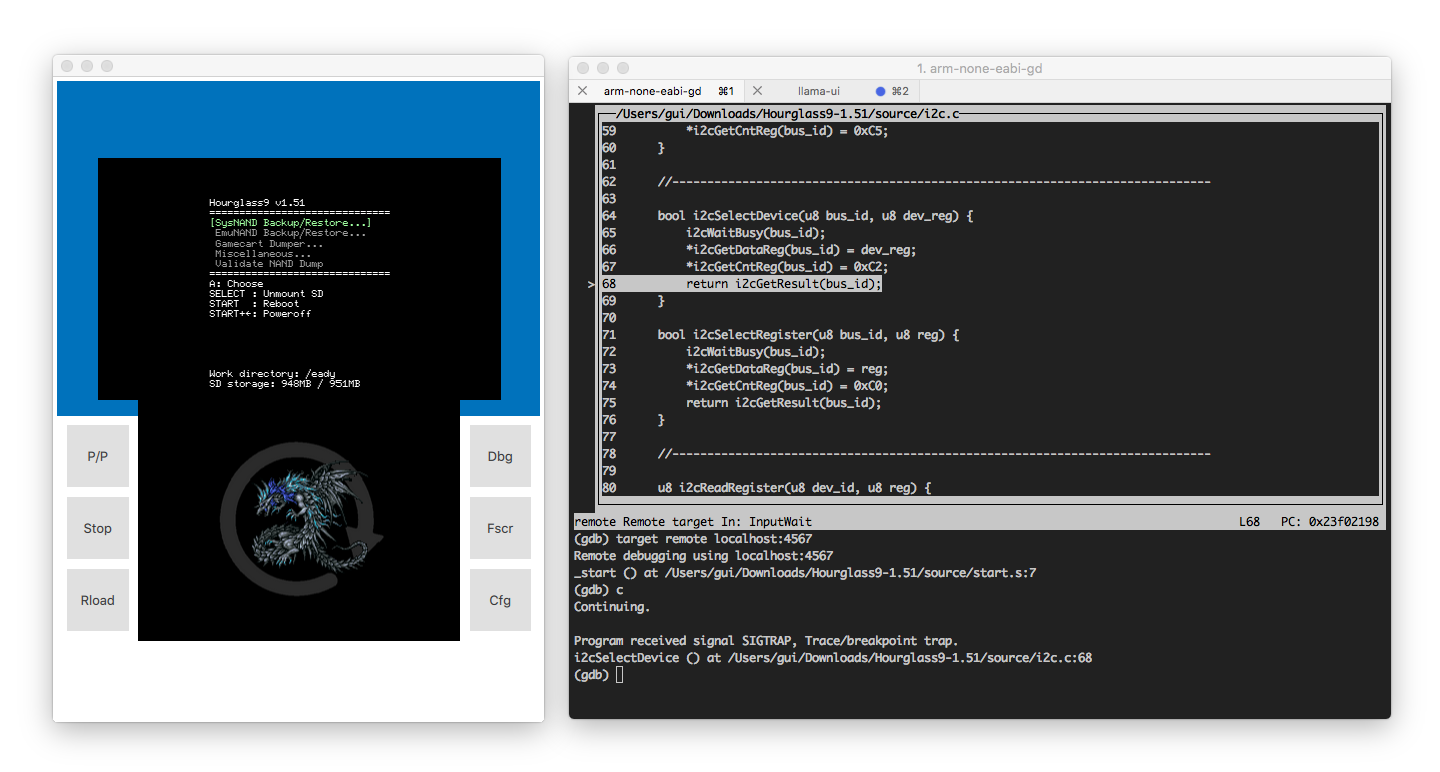 Source-level debugging in a GDB TUI? That's a lot of buzzwords!

First, you have to build llama from source. See below.

Llama loads binaries from either a FIRM file or a "ctr9" package.

A ctr9 package is a directory named [dirname].ctr9, with the following structure:

Llama will not automatically begin running the ctr9 package upon opening. To run, press the play/pause button or use the run debugger command.

Llama has a semi-useful built-in debugger controlled with textual commands.

What can I use it with?

My crossbar9 repository can be used as a template for Rust programs that should run on both llama and the actual 3DS.

How do I build it?

Llama is written in Rust and C++, which means you need a compiler for both languages installed on your system.

The GUI uses Qt5, which must be installed as well. Make sure you also have QtQuick/Qt-declarative.

Once all dependencies are installed, building should be as easy as running:

Included icons were created by material.io and are licensed under Apache v2.0.