Note: Current development is done on the xcode-9 branch using Xcode 9 (available for download on Apple's developer portal). You can see this issue for more details. 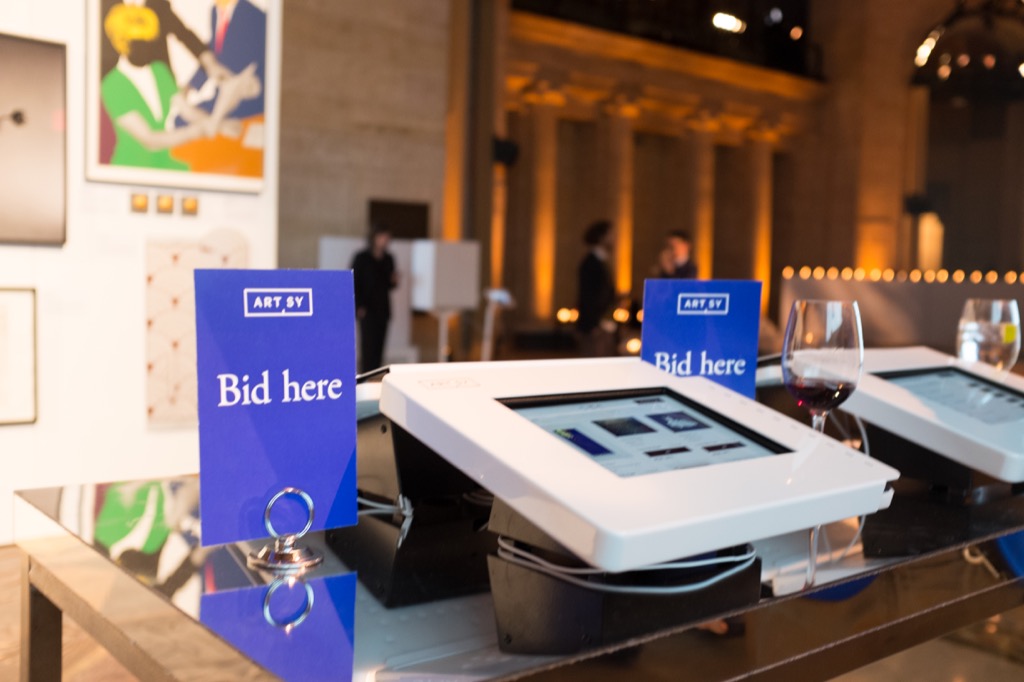 Featured in Vogue. Physical enclosure made by Visibility.

This is a core Artsy Mobile OSS project, along with Eigen, Energy, Emission and Emergence.

Don't know what Artsy is? Check this overview, or read our objc.io on team culture.

(Note: if you're an Artsy employee, you'll need to follow these directions instead.)

You'll need a few things before we get started. Make sure you have Xcode installed from the App Store or wherever. Then run the following two commands to install Xcode's command line tools and bundler, if you don't have that yet.

The following commands will set up Eidolon with the expectation that you don't have API access and will use blanks for API keys.

Now that we have the code downloaded, we can run the app using Xcode 9. Make sure to open the Kiosk.xcworkspace workspace, and not the Kiosk.xcodeproj project.

Artsy has licensed fonts for use in this app, but due to the terms of that license, they are not available for open source distribution. This has required us to use private pods. The Podfile deals with the differences transparently.

The Artsy API is private, making it difficult for open source developers to run the app. If you don't have access to the private Artsy fonts pod, then Eidolon infers that it should use stubbed data instead of hitting the live API.

If you have questions about any aspect of this project, please feel free to open an issue. We'd love to hear from you!

This project is being developed by Artsy primarily for its use as Artsy's auction kiosk app, and we are not expecting to have significant community contributions back to it. We are developing this project in the open because it is not part of our core IP, and open source is part of our job. However, if you notice something that is wrong or could be improved, don't hesitate to send us a pull request.