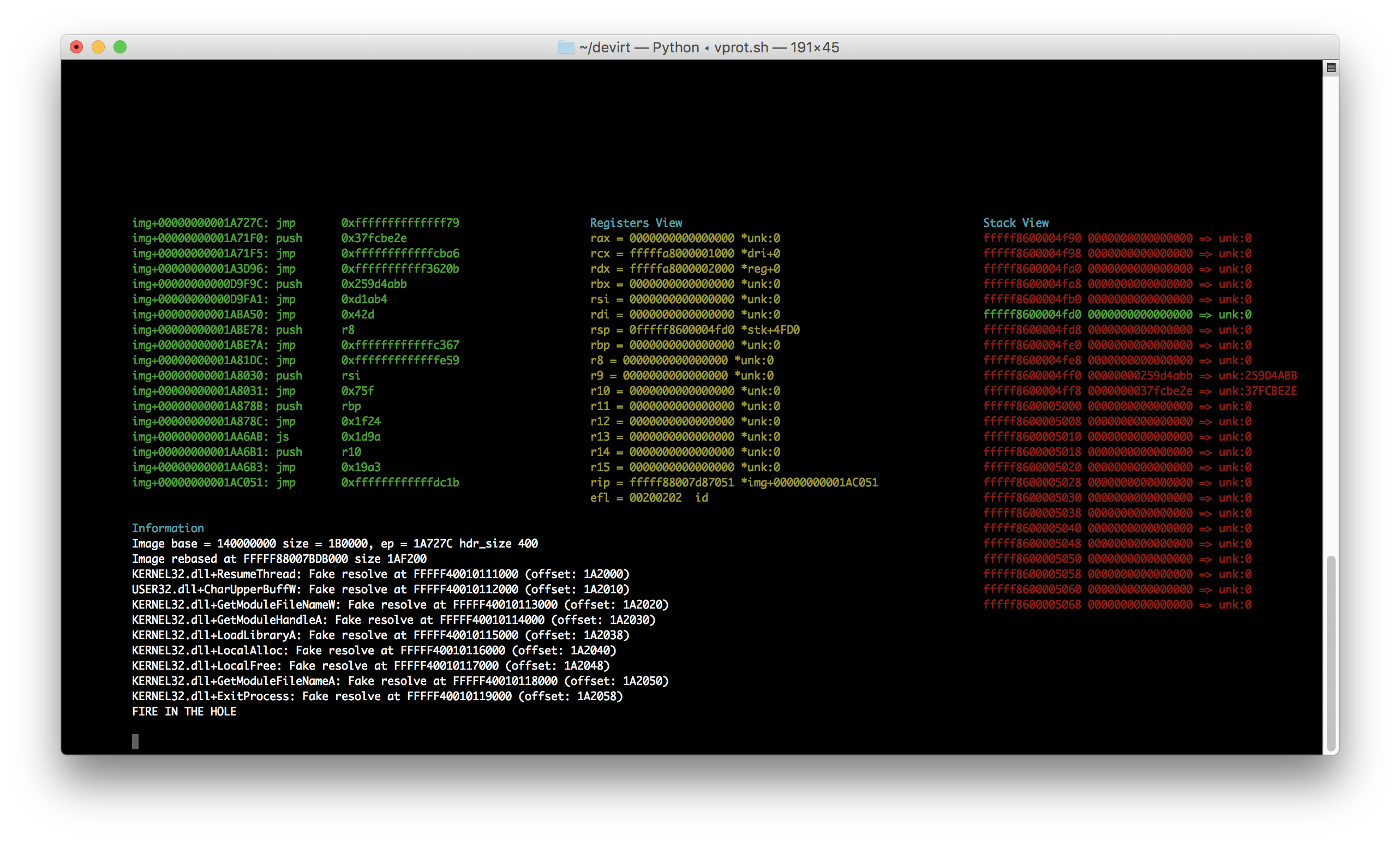 This is a simple x86-64 emulator for AMD64 PE files (Windows binaries). This was originally designed to run device drivers for analysis, but it will be extended to be much more.

This looks silly, why?

This will definitely be extended to be much more, but for now, it's just a silly PE runner, it "fake-resolves" imports as dummy functions. As noted before, this was originally written for device driver analysis, so not much stuff is done, it's kept minimal (for now).

Don't look at this yet, this is pretty much in an alpha stage, and will most likely take time to improve.