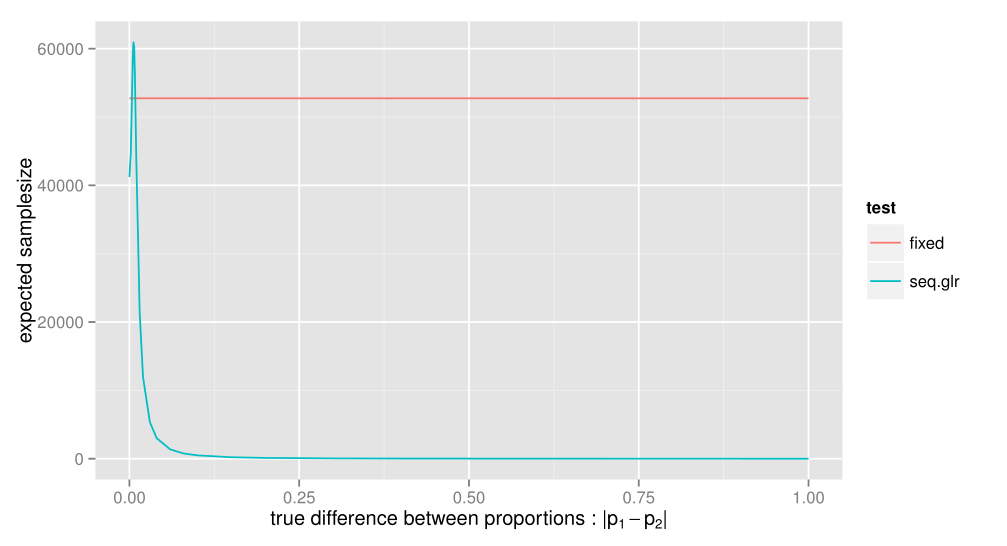 Try out this demo to compare samplesize from the fixed samplesize test versus the sequential GLR test yourself.

Improvements and additions are welcome, take a look at issues for suggested improvements.

The recommended way is to install SeGLiR via node package manager (install node.js if you don't already have it):

For a complete function reference, see the reference.

Make sure you have grunt and node installed. To install the development dependencies run npm install and to build it run grunt in the root directory.

SeGLiR is distributed under the MIT License.