A next-generation cd command with your interactive filter 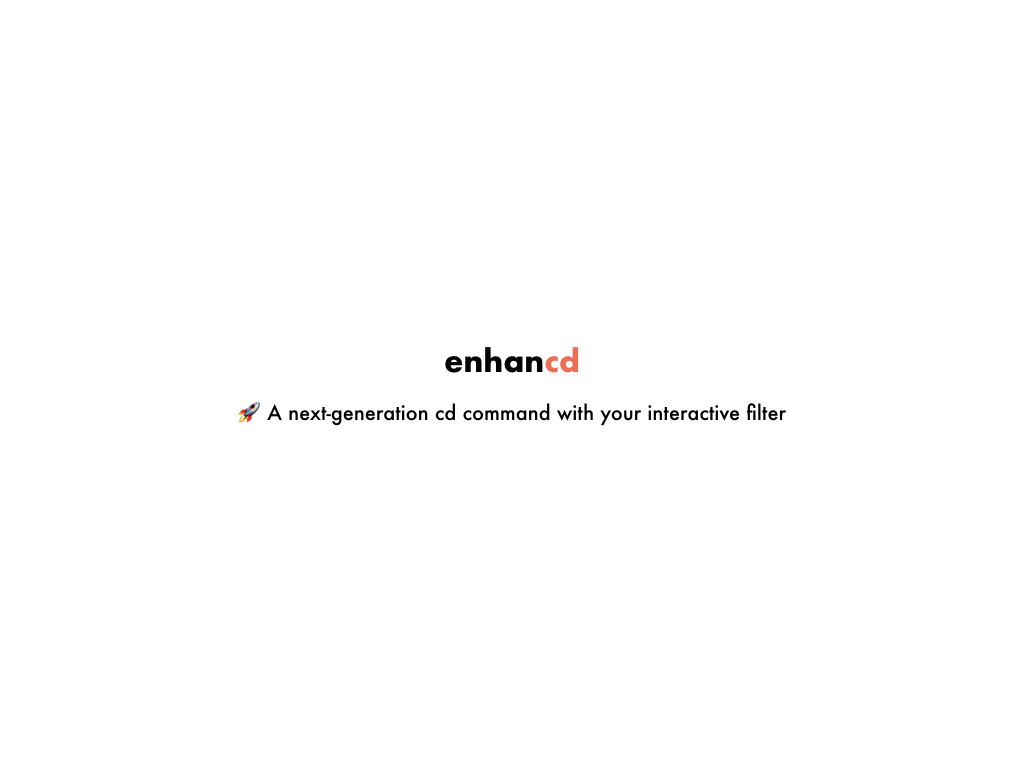 A next-generation cd command with an interactive filter

cd command is one of the frequently used commands.

Nevertheless, it is not so easy to handle unfortunately. A directory path given as an argument to cd command must be a valid path that exists and is able to resolve. In other words, you cannot pass a partial path such as "dir" (you are in /home/lisa, dir is /home/lisa/work/dir) to cd command.

The new cd command called "enhancd" enhanced the flexibility and usability for a user. enhancd will memorize all directories visited by a user and use it for the pathname resolution. If the log of enhancd have more than one directory path with the same name, enhancd will pass the candidate directories list to the filter within the ENHANCD_FILTER environment variable in order to narrow it down to one directory.

Thanks to this mechanism, the user can intuitively and easily change the directory you want to go.

You can fuzzy-search a directory name you want to run cd. For example, a word "text" is expand to "test" and "txt".

Under Zsh or Bourne shells such as sh and bash, you just source init.sh into your shell:

Because enhancd functions must be executed in the context of the current shell, you should run something like above command.

The basic usage of the cd command that has been implemented by enhancd is the same as the normal builtin cd command.

If no arguments are given, enhancd cd command will display a list of the directory you've visited once, encourage you to filter the directory that you want to move.

The ENHANCD_FILTER variable is specified as a list of one or more visual filter command such as this separated by colon (:) characters.

It is likely the only environment variable you'll need to set when starting enhancd.

Those options are defined at config.ltsv. As it is written in this json, the user have to make a directory list file or script that generate the list like this script. Of cource, you can disable those options if you do not like it.

Also if you use zsh as your shell, you can install this via zplug which is powerfull plugin mananger for zsh:

The "visual filter" (interactive filter) is what is called "Interactive Grep Tool" according to percol that is a pioneer in interactive selection to the traditional pipe concept on UNIX.

A next-generation cd command with your interactive filter