This Powershell GUIscript makes it very quick to generate network port configurations from the console or ssh. This script has graduated to its own repo, that's how useful it has been to me. 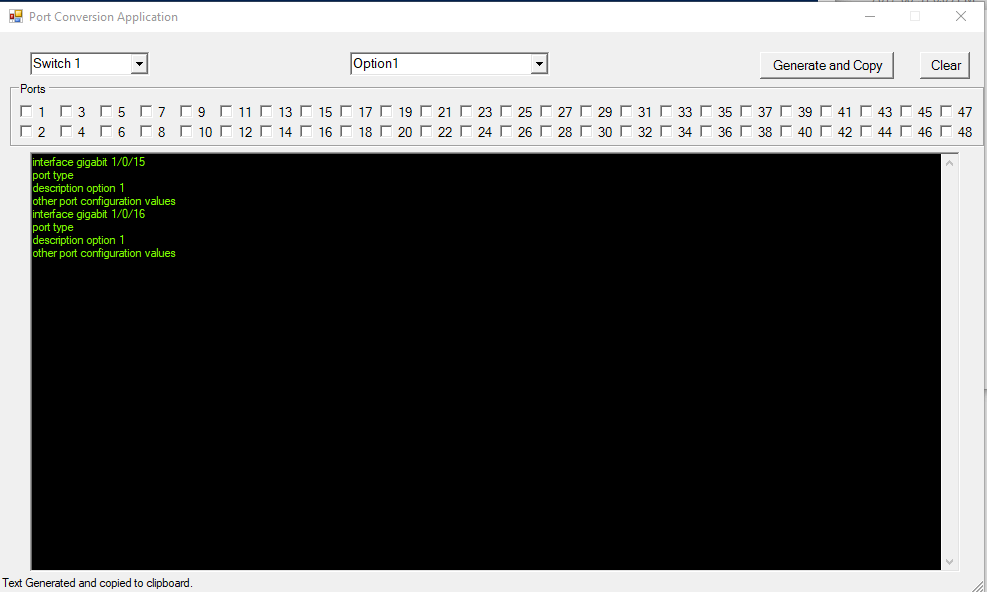 I built this script in my downtime because I'm too forgetful to remember several different port configurations for single switches or stacks. The script generates the interface number to the corresponding checkbox automatically. This can be used for just about any manufacturer of switch with minimal changes.

Typically you enter configuring a single port into the terminal by typing something like this:

From this point your terminal changes to the switch number and port number to designate that the following commands will fall under that particular port.

You're likely best off just running the script yourself and playing with the buttons to get a sense of what can be done with it.

Thanks to Bryan Hughes, who helped me work out some of the more difficult string bits with a clever looped list array.