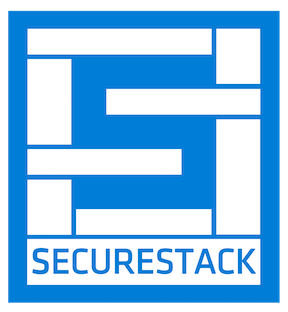 SecureStack is a drop in security layer for all your IT infrastructure. Think of us as a "Platform-Security-as-a-Service". SecureStack comes in two forms: SecureStack Base and SecureStack Server. You can find both products here in the AWS Marketplace

SecureStack Base is intended to be the foundation you build all your AWS infrastrucuture with. It is a hardened version of CentOS 7 and comes with many security applications baked right in. So, if in the past you've used a Linux image from the AWS Marketplace, or a custom image you've built yourself you can replace it with our SecureStack Base AMI.

SecureStack helps you meet your audit and compliance needs with multiple tools integrated into both Server and Base versions. All SecureStack Base instances will report their compliance and audit data directly to their SecureStack Server controller. SecureStack currently has modules for: PCI-DSS, OWASP, SCAP, and CIS.

All versions of SecureStack come with:

You can find the latest Installation and User Guide published as a Google document After you've launched a SecureStack Base or Server instance you can ssh into it with the username securestack and the ssh key you provided. The first thing you will want to do is update the SecureStack sofware and operating system.

To update all versions of SecureStack run this from the command line:

This command updates the CentOS operating system so occasionally you will have to run the update twice and reboot if there are any significant updates that require it. The updater will let you know if you need to reboot. When your system is done upgrading it will let you know by returning a 'Your operating system is up to date' message. If you see this message you are safe to run the configuration next.

If you are going to run SecureStack workloads in AWS there are a couple things you can do to optimize your configuration. These steps are not strictly necessary, but will help to make your environment both more efficient as well as more secure. First, you will want to create an IAM policy called "securestack-ec2-allow-S3". Copy this into your policy:

Once you know these values you can run the SecureStack configuration:

The configuration wizard will ask you to define your local_net and white_list as well as asking you if you want to enable or disable certain services. The services you can enable/disable are:

Once you've run the configuration wizard you can start the SecureStack engine: /opt/securestack/scripts/securestack start

SecureStack Server comes with a full featured web based SIEM and you should now be able to use the web ui. At the end of the configuration process the securestack script will show you the url to use to connect to the SIPServer web ui. process you would have had the opportunity to create a user and password for the the web ui. When you are prompted for the username and password enter it. In a browser you can open http://server_address_here to see the SecureStack Server UI. If you can't connect, verify that your AWS security groups allow access to http (tcp 80). You can watch this [video to learn more about our SIEM] (https://youtu.be/oaBxbiCv1UU "Introduction to SecureStack SIEM")

During the configuration you would have had the opportunity to create a user and password for the the web ui.

Feel free to email us with any questions to support@securestack.com.au