The software side of a "physical Intel map", built with NoFlo and MicroFlo. Please read the introductory blog post for more information. The actual table can be seen live at the c-base space station in Berlin.

The status information is then transmitted to a microcontroller that shows portal owners, attack notifications, etc. using the LEDs.

At c-base the table runs as part of the c-flo IoT network, with the data fetching part running on a server machine, and the light control running inside the table itself. Messaging related to these is coordinated by MsgFlo.

Starting and Stopping the Service

Clone this repository to /opt/ingress-table on your system, add an authorized access token as cookie.json, npm install dependencies.

Start the services with:

The RGB-LED strips we use run on 12 Volts DC and have one shared plus pole and an individual minus pole for each color. They cannot be driven by the Tiva itself so we use an N-Channel MOSFET to control them. We use three IRL540N MOSFETs (named Q1, Q2, Q3) per RGB strip. 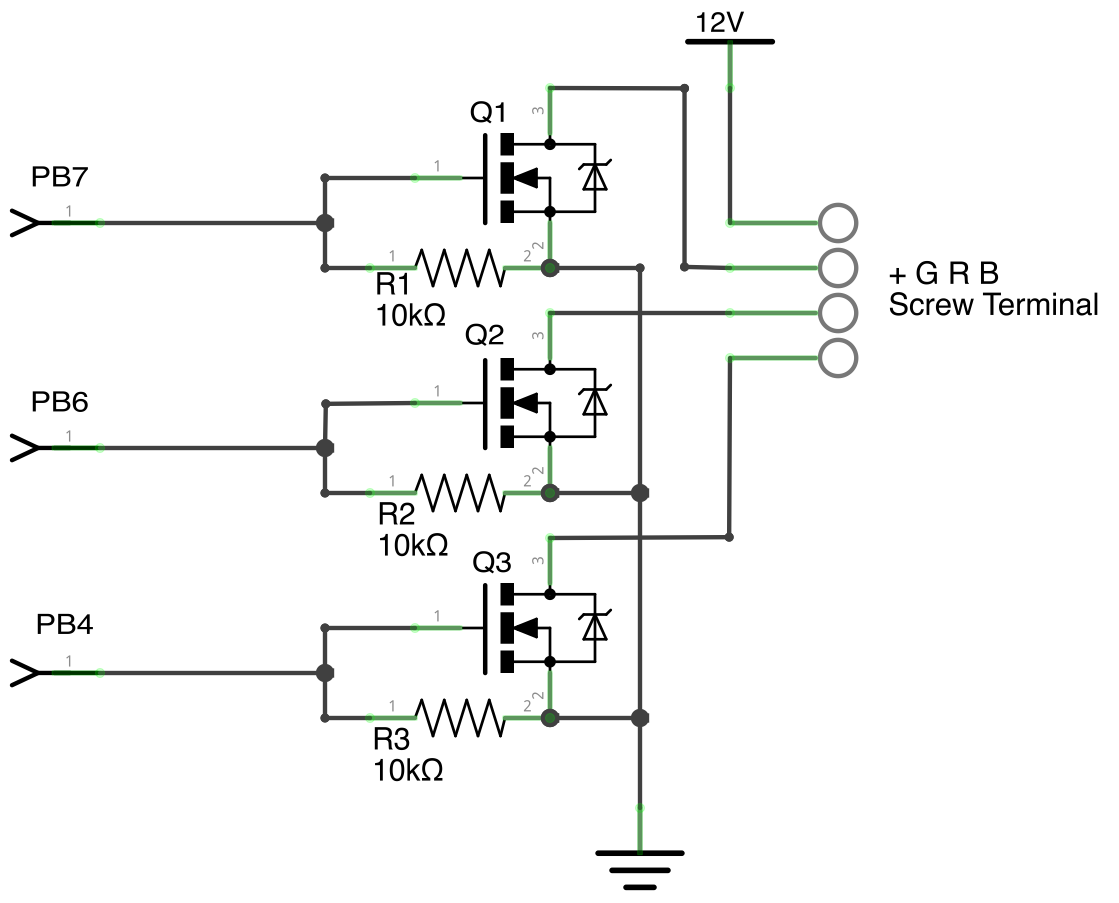 This is the circuit for one channel only, you must build this 5 times. Here is an example of how you could put in on a perfboard: Note: out-of-the box on the Tiva the pins PB6, PB7, PD0, PD1 can't be used. You can disconnect the R9 and R10 resistors to make them usable.

Flashing and resetting the Arduino