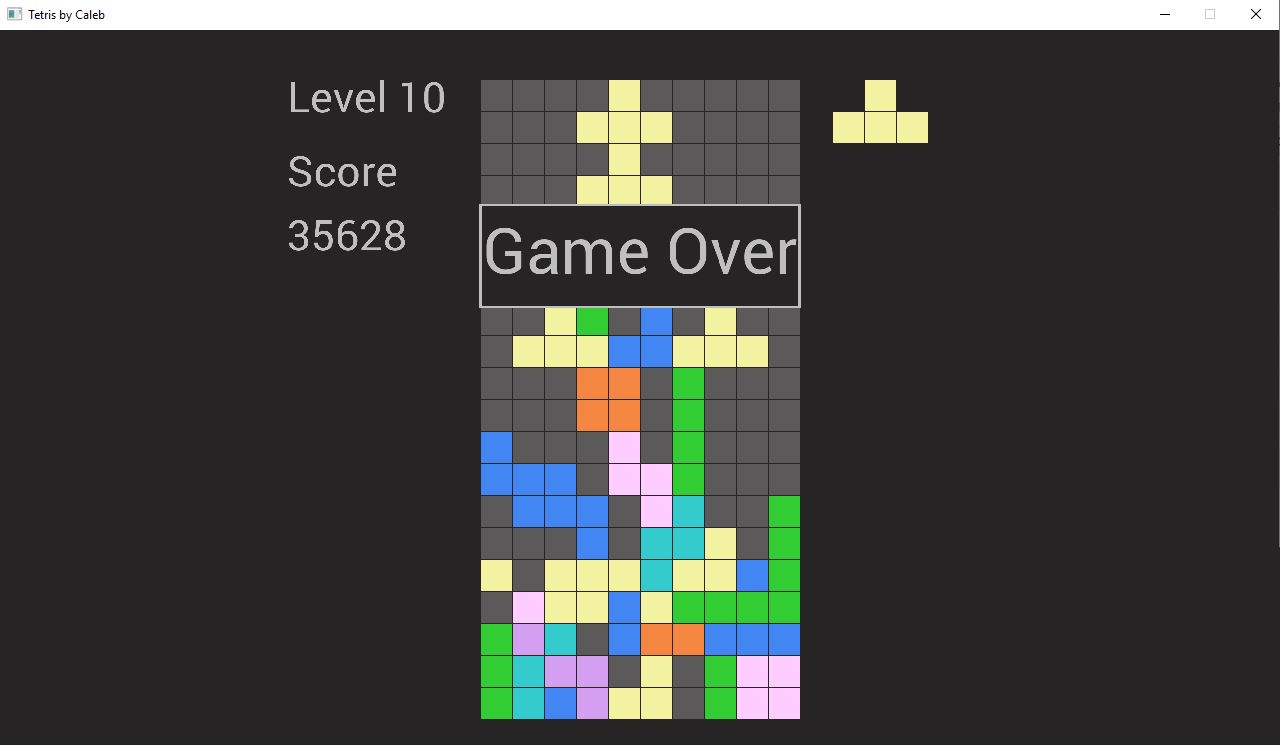 This app aims to be a complete low level Tetris clone written in Rust and SDL2. It should have Scoring and game play similar to the NES version of the game. The code is based off of the typescript Tetris prototype I've previously written.Only with better game logic more consistent with the nes version of the game. You can see that version here TypeScript Tetris

Version 1.0 is now available for windows 10 64bit. You can download it here. or find it in the release section. Unzip the file rust-tetris-release-1.zip click into the folder and double click on rusttetris.exe

Currently Ubuntu 18.04 and Windows are supported. Because thats what I'm testing on.

You will need the latest stable version of rust. You will also need sdl2 and sdl2-ttf development libraries if you are on ubuntu. which you can install with.

Windows users may use the build.rs script in the main directory and the included sdl libraries.

To build and run the project, cd into the root directory and type

Cargo will go out and gather the needed dependencies, build and launch tetris.

Use the left, right, and down arrow keys for navigation. The up key rotates the piece. The space bar lands the piece at the bottom. The r key resets the board. Press enter to pause the game. Esc exits the game.

The default resolution is set to 720 windowed; However you may change this along with the fps in the src/assets/jata.json file.