Galaxy is a C++, SDL based Space Invaders clone. 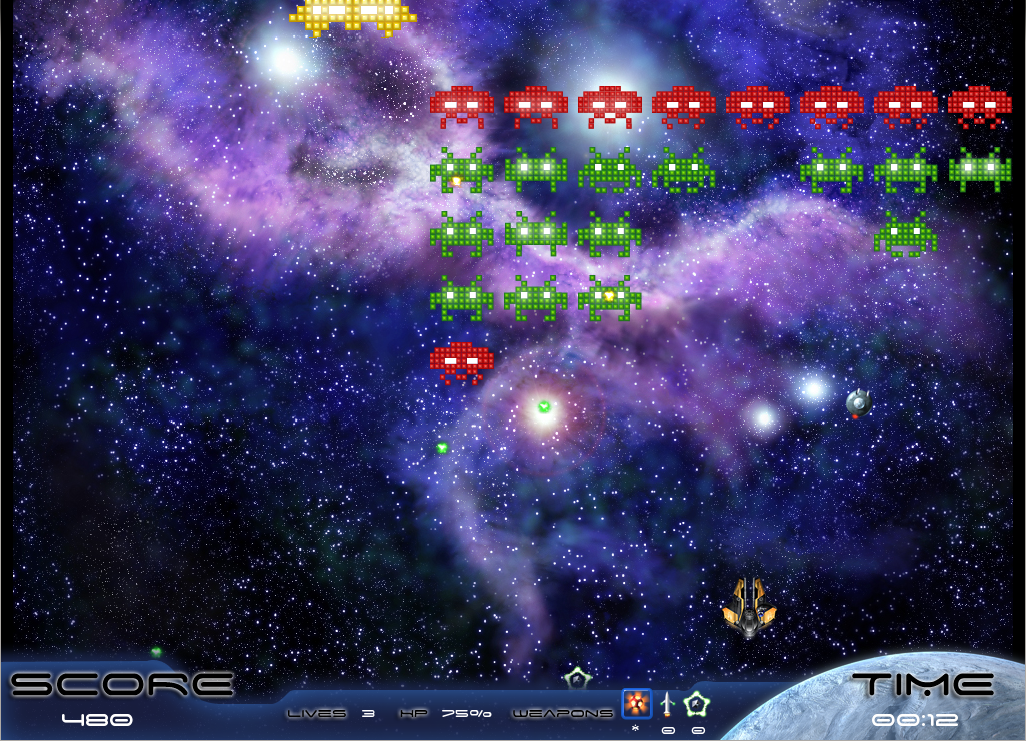 Then build and run:

This package is developed with SDL (Simple Directmedia Layer):

Galaxy can also be built in Windows XP, Vista and 7 using MinGW.