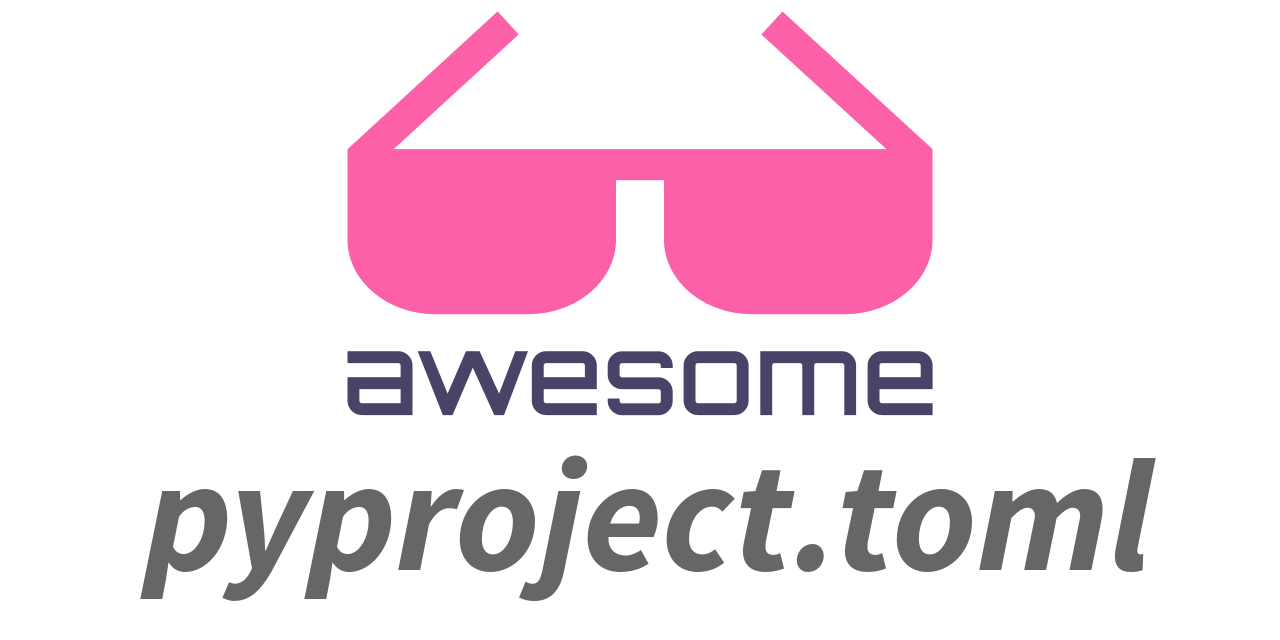 pyproject.toml is a new configuration file defined in PEP 518. It is design to store build system requirements, but it can also store any tool configuration for your Python project, possibly replacing the need for setup.cfg or other tool-specific files.

We think pyproject.toml is pretty awesome, so this awesome list contains projects already using it, or discussing its inclusion.

Do you know of any other project not included here? Please submit a PR!

Projects discussing the use of pyproject.toml

Some project are still considering the adoption of the pyproject.toml file. These entries link directly to the project discussion.

To the extent possible under law, the authors have waived all copyright and related or neighbouring rights to this work.