GPLv3. See the included LICENSE.txt file or visit gnu.org and read the license.

It's recommended you use Qt Creator.

You may also build from the CLI (on Linux and MacOS):

A note for Linux users: You may have to install the Qt5 networking package separately such as libqt5network5 (depending on your distribution). You also need libbz2-dev otherwise compilation will fail. If you are having trouble finding the required Qt versions, you can try this link: https://launchpad.net/~beineri (for Ubuntu/Debian ppas).

A note for Windows users: Qt 5.13.2 (or above) with MinGW G++ 7.x.x is the compiler/Qt kit you should be using. MSVC is not supported by this codebase at the present time.

What to do if compiling fails

If you have problems compiling, the most likely culprit would be your compiler not being C++17 compliant (please use a recent verson of GCC or clang on Linux, Apple's Xcode on Mac, or MinGW G++ 7.x on Windows).

The other likely culprit is the fact that at the present time I have included a statically-built librocksdb in the codebase. There are versions of this library for Windows, Mac, and Linux included right in the source tree, and Fulcrum.pro looks for them and links to them. Instructions are included within the Fulcrum.pro project file about how to build your own static librocksdb if the bundled one does not work on your system.

If you are still having trouble, file an issue here in this github.

Linking against the system librocksdb.so (experimental)

You may optionally build against the system rocksdb (Linux only) if your distribution offers rocksdb version 6.5.x or newer.

Note: Some Linux distributions have been known to package librocksdb.so incorrectly. See here for an example, so until I can be confident most distributions do it right, I am considering using the system librocksdb.so an experimental feature for the time being (in principle it should work ok if the library is compiled correctly).

Execute the binary, with -h to see the built-in help, e.g. ./Fulcrum -h. You can set most options from the CLI, but you can also specify a config file as an argument. See:

Fulcrum requires a bitcoind instance running either on testnet or mainnet (or regtest for testing), which you must tell it about via the CLI options or via the config file. You also need to tell it what port(s) to listen on and optionally what SSL certificates to use (if using SSL). Note: Electron Cash at this time no longer supports connecting to non-SSL servers, so you should probably configure SSL for production use.

It is recommended you specify a data dir (-D via CLI or datadir= via config file) on an SSD drive for best results. Synching against testnet should take you about 10-20 minutes (more on slower machines), and mainnet can take anywhere from 4 hours to 20+ hours, depending on machine and drive speed. I have not tried synching against mainnet on an HDD and it will probably take days if you are lucky.

Once the server finishes synching it will behave like an ElectronX/ElectrumX server and it can receive requests from Electron Cash.

You may also wish to read the Fulcrum manpage.

Fulcrum comes with an admin script (Python 3.6+ is required on the system to run this script). You may send commands to Fulcrum using this script. The script requires that an admin port (config var admin=, CLI arg -a) be configured for your server. To run the script, execute ./FulcrumAdmin -h and you will see a list of possible subcommands that you can send to Fulcrum. Here are two of the most popular commands to try (the below assumes the admin port is on port 8000):

(This section is incomplete for now, all apologies -- more documentation is coming soon!)

This codebase will not compile correctly (or at all) using MSVC. Please use the MinGW and/or G++ kit in Qt Creator to build this software.

If you have clang on your system, configure the project to use it as the compiler preferentially over G++. G++ works too, but clang is preferred.

Everything should just work (I use MacOS as my dev machine).

A: Yes, I know. However, Qt is a very robust, cross-platform and fast application framework. You can use its "Core" library for console apps, servers, etc. It has great network support and other basic things a programmer needs to get stuff done. 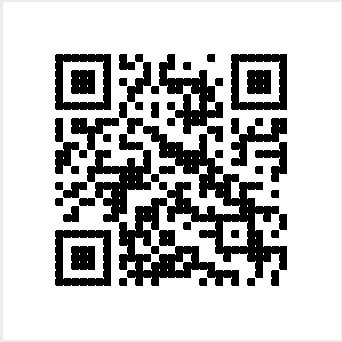