Sign up
The example demonstrates the use of Akka.Net Clustering to monitor the file system for new files.
Find file

Scale Up and Scale Out using Akka.Net

Monitor and get real-time statuses when you add SignalR

Are you tired of having to put locks on your shared objects and having to manage your threads. Do you want to be able to scale your application up by adding actors and even scale out the cluster by just bringing up another service?  Want to make your application real-time by using a message bus? Then hopefully this will show you how to create powerful concurrent & distributed applications using Akka.Net and SignalR.

How to get this running

To get the solution running follow these step to see the action! 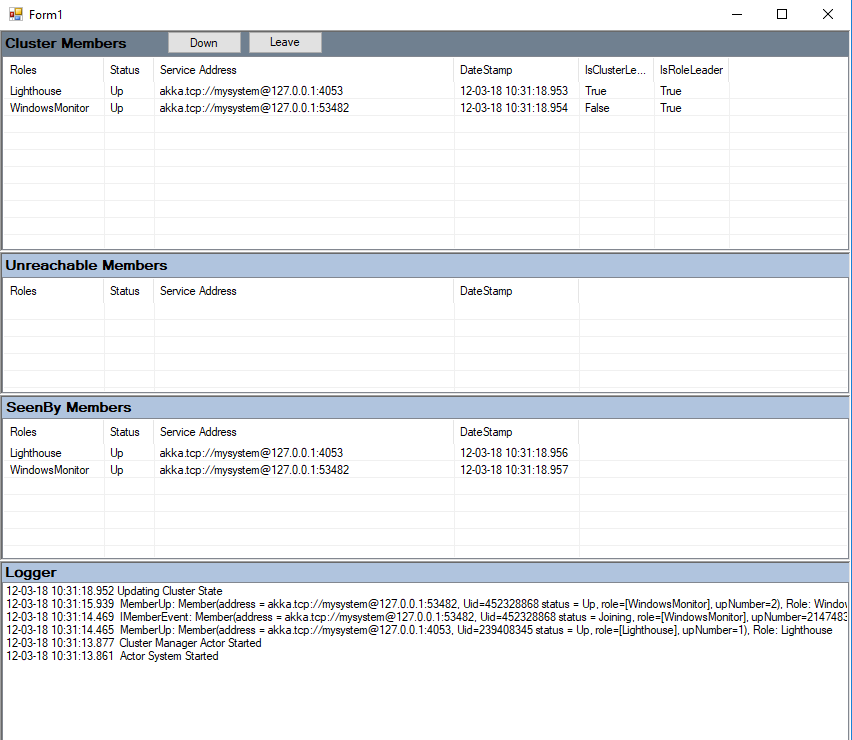 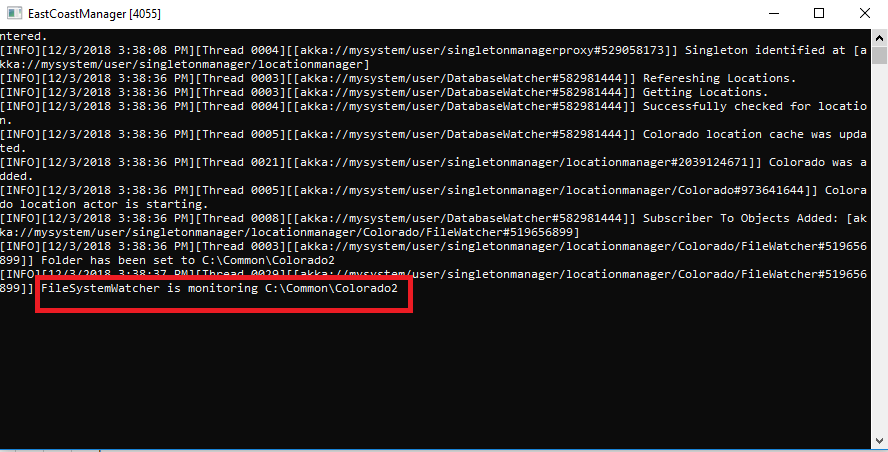 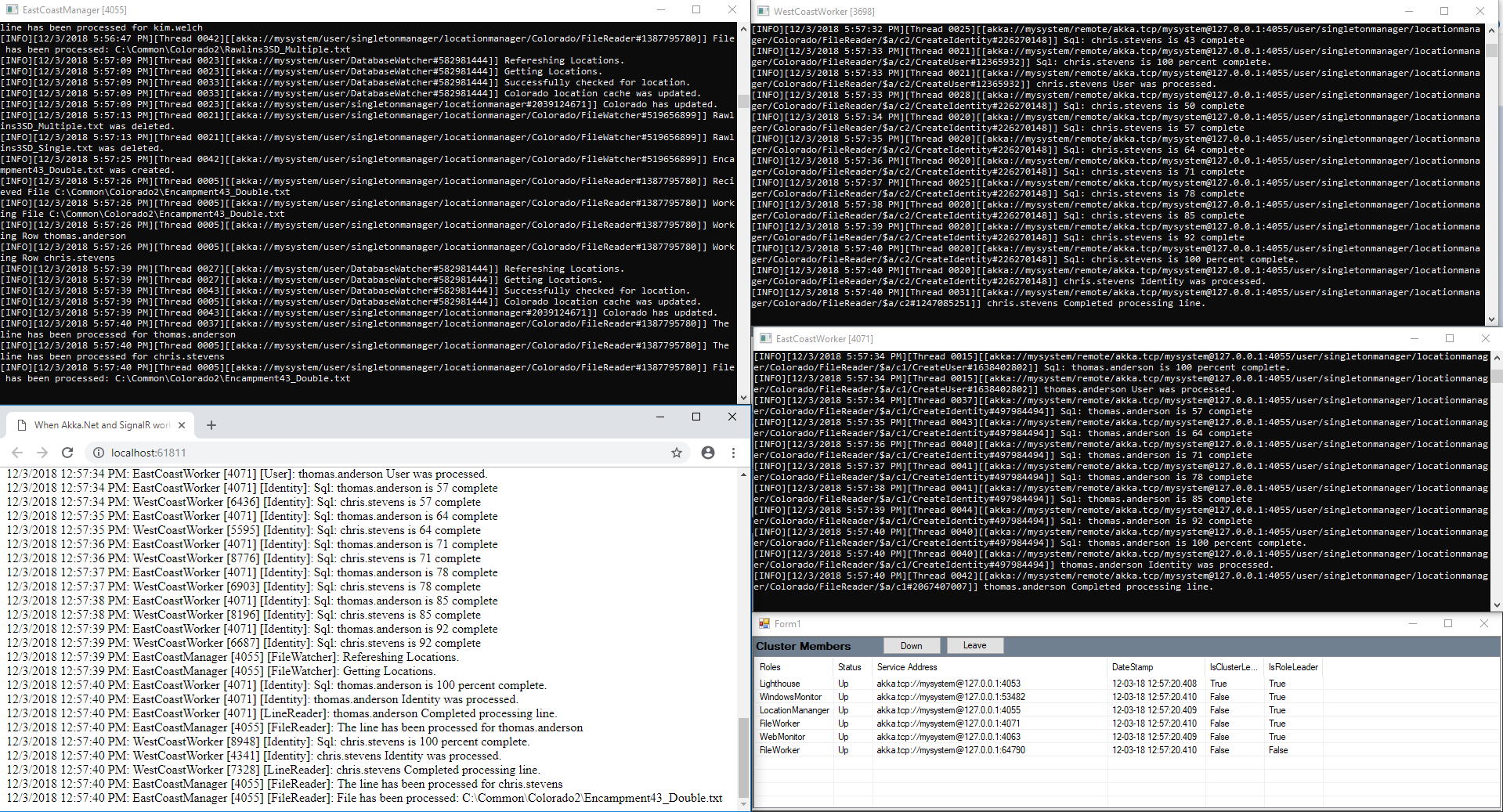 It is a service-discovery service called a seed node. To maintain fault tolerance you should always run two instances which allows other members to join when needed.

In a highly-available application, it is occasionally necessary to have some processing performed in isolation within a cluster, while still allowing for processing to continue should the designated worker node fail. Cluster Singleton pattern makes this very easy. For example, consider a system that processes a file from a clustered file system or aggregating and then needs to perform some sort of action on these records within the file.

You can see my older version created using DotNet 4.6 and AngularJS. Same concept as this example but dealt with invoices. https://github.com/cgstevens/MyClusterServices

In the FileProcessor example I have created a Singleton Actor. This actor will only exist on either the ProcessorEastCoast or ProcessorWestCoast services. Since all actor systems are hierarchical; lets start are the top. 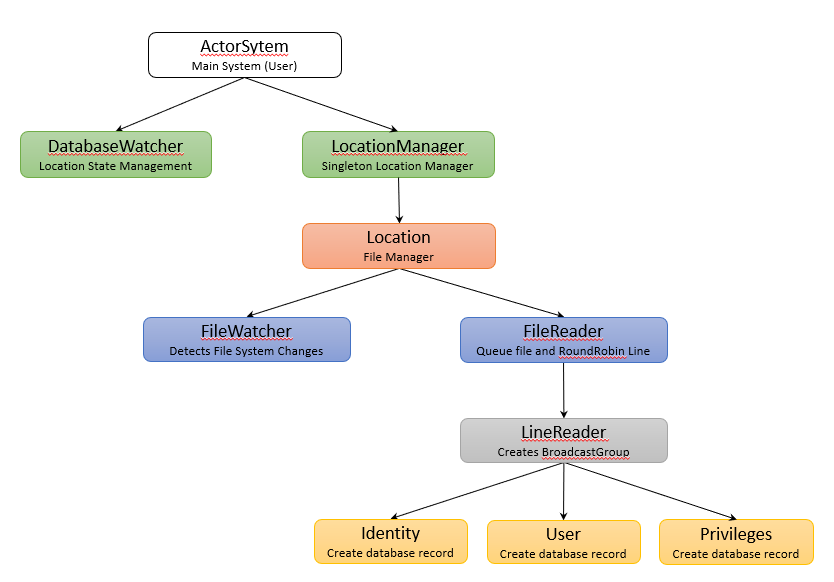 The worker is a cluster member ready for the manager to task work off to. Demonstrates clean exit when itself is removed from the cluster. The worker will get a set of records and then process those records. Report back what the status of the work back to the Tasker.

The WebMonitor subscribes to the Topic.Status and sends anything messages sent to that Topic to the the SignalR Hub.

Shows the state of the cluster from its point of view. Allows you to tell a member of the clister to leave or be considered down.

Contains the messages, paths and actors that are shared between the above projects.

Common Akka Links to help you along with your Akka adventure!

Need to ask a question: https://gitter.im/akkadotnet/akka.net

Where do you begin: https://github.com/petabridge/akka-bootcamp

Where do you begin Part2: https://github.com/petabridge/akkadotnet-code-samples