A CLI for Commodore Computers! 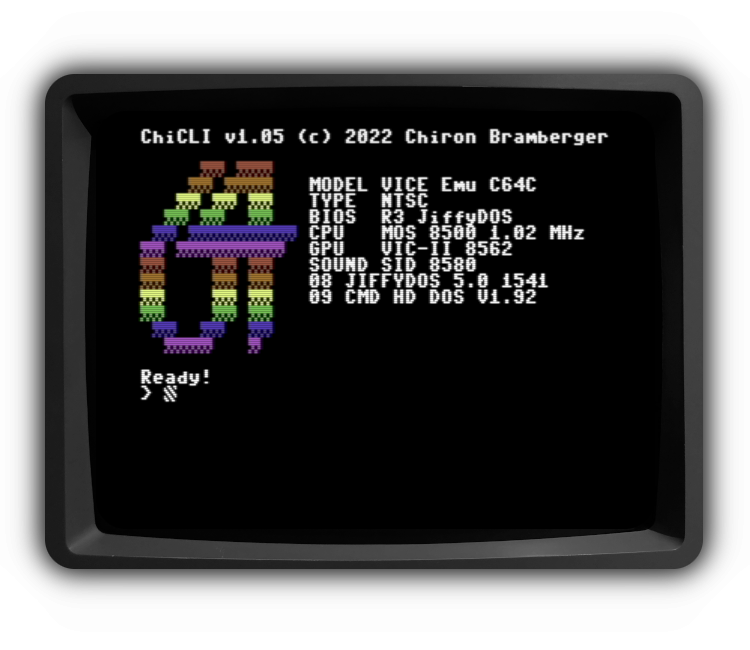 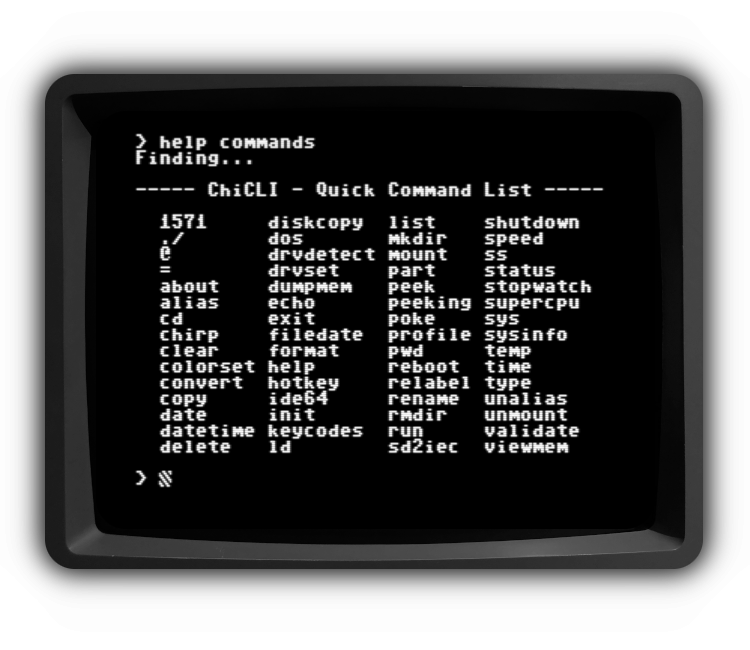 "Your program completes me. I think i may even make my C64 boot directly to it. I like it that much. I have never seen anything this slick!! Major kudos and praise to this dev! It is a must have for every C64 enthusiast and raises the bar substantially! I have never seen or used such a perfect terminal on a C64 in all my decades using the platform. It is extremely powerful and easy to use. It modernizes the system and makes it perform equal to or better then a PC MS-DOS distro command line. Full featured copies quickly from folder to folder unlike CBM manager. It breaks new barriers on this platform! I highly recommend it to everyone. It does advanced stuff like mounting D64 containers on SD2IEC. Directory manipulation you name it! Partition manipulation. This terminal is epic!!! Major cheers to the dev! I'm going to make it my core drive boot!"
~ LordDarkenbeast, Reddit User

"Right on! I think that this is exactly the type of thing the Commodore 64 needs right now."
~ Privileged_Interface, Reddit User*

"Seriously, better than fast blue hogs of the hedge this is man. This looks bosssssss. I got so many f**n disks of absolute crap pirate games to murder, this is gonna be handy af dude"
~ LLH on Facebook

"Deym thanks for this! Looks amazing! Will try out soon."
~ RBJeffrey, Reddit User

Please note: these public quotes do not imply endorsement of any kind.

This software, while made with love, comes with no warranty or guarantees of any kind.

Testing successfully with the following hardware: