A detailed review of Super Mario World written in Clojure(Script)

This is a rather detailed review of Super Mario World for the Super Nintendo. The review features 53 videos, interactive components, and lots of information on the game. It was an experiment and a way to get some more ClojureScript and Om under my belt.

This directory contains an Atom Shell based app (named Daisy) that manipulates Super Nintendo videos. Daisy is how I made all of the videos for the review. It's currently a very raw, very alpha app. The app is built with ClojureScript and Om. 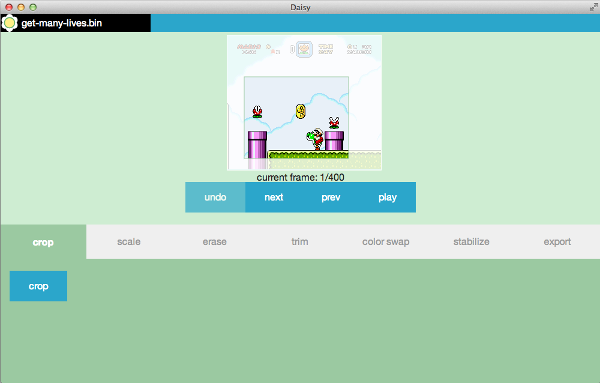 This directory contains the actual review. The live version is at https://supermarioworld.rocks. The review is also built with ClojureScript and Om, along with Garden. 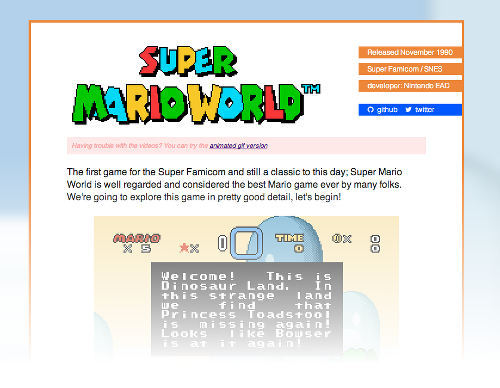 Getting the review running locally

You will need a proper Clojure environment including leiningen.

After all that churns out, you should see the review at http://localhost:3000

A detailed review of Super Mario World written in Clojure(Script)