A wishlist app for a set group of people 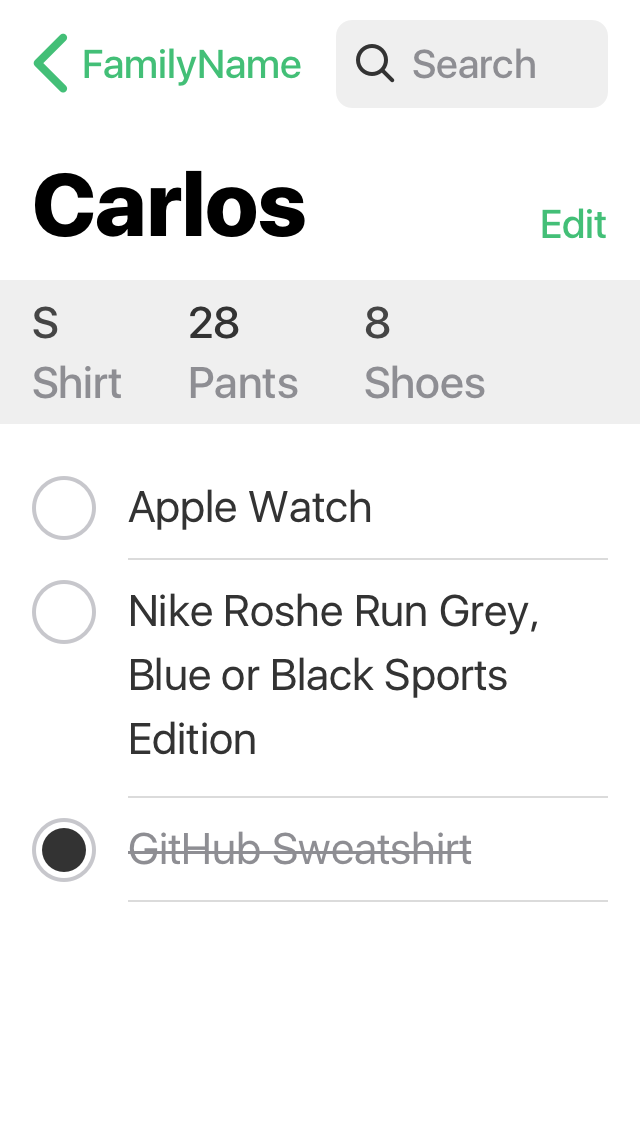 Problem: So you've organised a kris-kringle with your entire extended family. You already know who you're buying a gift for— but you don't know what they want! Also, you have an idea of you yourself want. You wanna make sure people are buying the right things for each other.

Solution: Wishes! This webapp is a shared family wishes manager that allows you to populate your own personal wishlist, and check what other people in your family want! Bonus feature— you can anonymously ‘cross off’ items in other people's wishlists, that way you can avoid duplicate gifts!

A wishlist app for a set group of people