The UAA is a multi tenant identity management service, used in Cloud Foundry, but also available as a stand alone OAuth2 server. Its primary role is as an OAuth2 provider, issuing tokens for client applications to use when they act on behalf of Cloud Foundry users. It can also authenticate users with their Cloud Foundry credentials, and can act as an SSO service using those credentials (or others). It has endpoints for managing user accounts and for registering OAuth2 clients, as well as various other management functions. 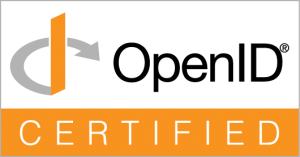 The authentication service is uaa. It's a plain Spring MVC webapp. Deploy as normal in Tomcat or your container of choice, or execute ./gradlew run to run it directly from uaa directory in the source tree. When running with gradle it listens on port 8080 and the URL is http://localhost:8080/uaa

The UAA Server supports the APIs defined in the UAA-APIs document. To summarise:

Authentication can be performed by command line clients by submitting credentials directly to the /oauth/authorize endpoint (as described in UAA-API doc). There is an ImplicitAccessTokenProvider in Spring Security OAuth that can do the heavy lifting if your client is Java.

If this works you are in business:

UAA will log to a file called uaa.log which can be found using the following command:-

First run the UAA server as described above:

From another terminal you can use curl to verify that UAA has started by requesting system information:

For complex requests it is more convenient to interact with UAA using uaac, the UAA Command Line Client.

You can run the integration tests with docker

Using Gradle to test with postgresql or mysql

To run the unit tests with docker:

There are actually several projects here, the main uaa server application, a client library and some samples:

Running the UAA on Kubernetes

The Kubernetes deployment is in active development. You should expect frequent (and possibly breaking) changes. This section will be updated as progress is made on this feature set. As of now:

The K8s directory contains ytt templates that can be rendered and applied to a K8s cluster.

In development, this Makefile can be used for common rendering and deployment activities.

In production, you'll most likely want to use ytt directly. Something like this should get you going:

If you'd like to overide some of those values, you can do so by taking advantage of YTT's overlay functionality.

Of course, you can always abandon the default values altogether and provide your own values file.

Contributing to the UAA

Here are some ways for you to get involved in the community: