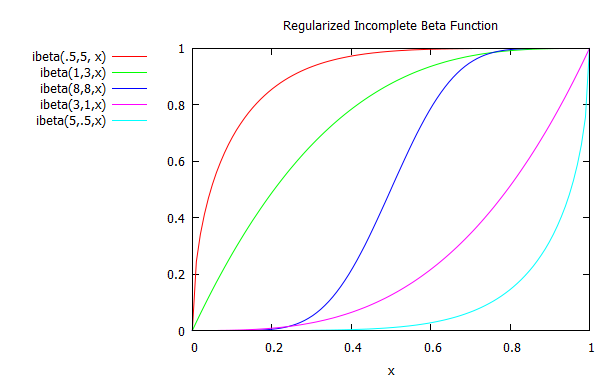 You'll need a compiler with lgamma to compile it. Any C99 complier should work.

I wrote up an article about how it works here.

Why would I use this?

So use this instead. It works, it's very small and easy, and it's released under the zlib license.

What can I do with it?

Well, it's used as a building block in a lot of statistics functions.

For example, you can use this to calculate Student's t cumulative distribution function like this: