Join us on Discord!

This is my attempt at rebuilding Diablo II from scratch. There is still a long ways to go, but a lot of the core is there. The game itself uses 100% original Diablo II assets which are not (and will never be) provided, i.e., you should already own a copy of the game to play this. I am going to do my best to remain faithful to the original game, however I am planning on changing and adding additional features as I think they become necessary (e.g., auto gold pickup). I will write articles in the future explaining how I was able to accomplish certain things, and how some core systems work.

Unlike the original game, this version supports just about any reasonable aspect ratio (4:3, 16:9, 18:9, 21:9), however by design I'm locking the game to 480px in height because the original game assets are all geared for that (i.e., the width is dynamic). The expansion did introduce 800x600 support, and I may end up supporting that for the desktop version in the future (specifically for some of the multiplayer lobby stuff), but it's not necessary for the core functionality. The mobile version currently uses 360px height to make selecting UI elements easier, however since much of the UI panels are 480px, in-game is locked at 480px, but I will change this in the future or at least provide scaling on a per-component basis (text). This does run on Android, and I have been using a Galaxy Note 5 as the min spec when testing, but older phones may work as well, especially after optimizations have been made. I can already play Diablo II on PC, my goal is to be able to sit back and play it casually with my friends while also supporting cross-platform play. This game supports local play that can then be taken online (similar to Open Battle.net), with a more secure option being far beyond that.

NOTE: This is not playable yet, but the game runs and you can load save files, walk around a bit and look at your characters. Game saves are not modified yet, and 1.13c+ saves are supported (support for some other versions may be added in the future, but it isn't a priority, and I expect most people to create new characters anyways). I do not plan on, or want to make this game compatible with playing with users using the original game client. 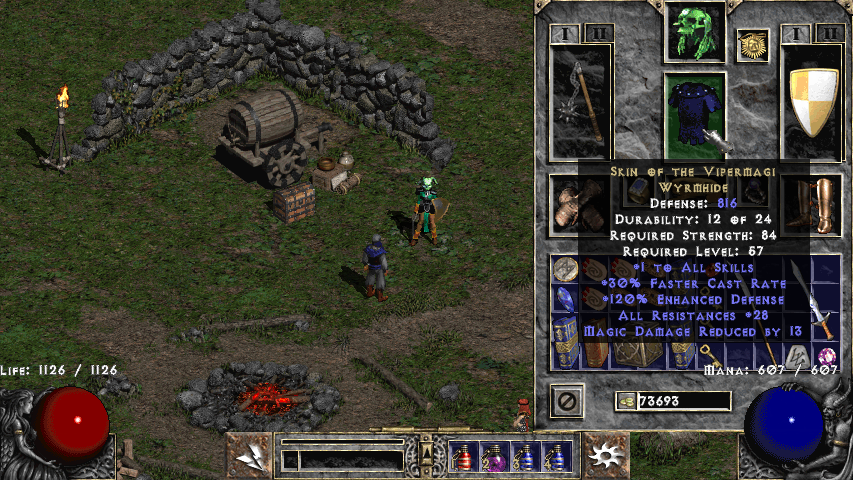 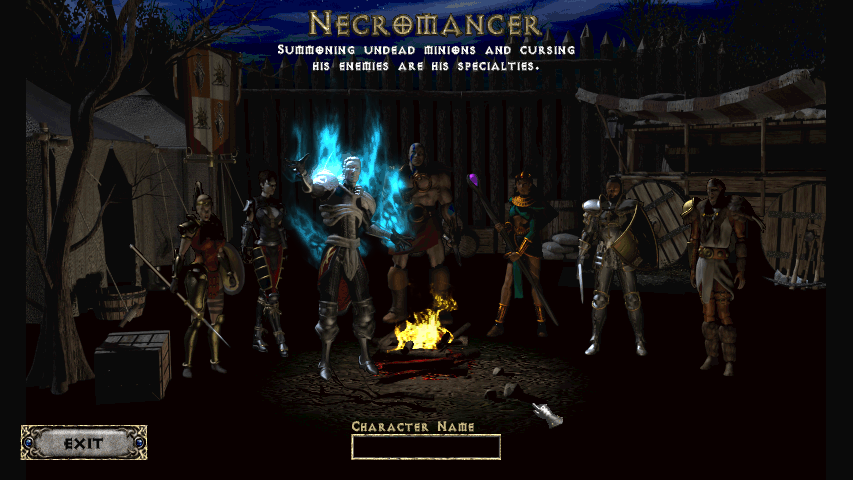 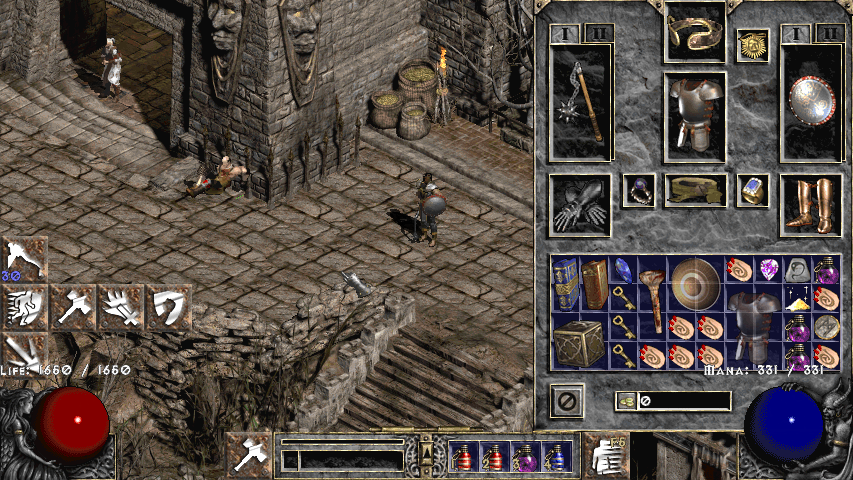 The Android SDK is required to build the project by default (even if you want the desktop module only), however you can circumvent this by following this post which explains which files to modify and references to delete.

Sometimes it may be necessary to also run gradlew --refresh-dependencies

I have not tested support on any Linux distros yet -- but it should work. Since this project is developed using the MPQ format from the Windows installation, it's likely that only the Windows MPQs will work. If there are any additional steps required, let me know and I can add them until I get a chance to test this myself.

Steps will be provided when the project is further along and the configuration process can be cleaned up a bit. There are Android-specific implementations of some core gameplay systems, but everything is validated to work on Android.

Still a work in progress, but this allows you to look at the game's assets and is used to test my MPQ library implementation. Currently this does not allow for viewing all files that the game can load, but those should hopefully come in the future. This should be a replacement for DR Test in the future, at least in a general sense, since the UI I made is much more helpful when writing the game code.

Used to test the map building algorithm/renderer. This is very basic at the moment.