This is a python module that can convert any arbitrary image to ASCII art. It contains a module, Image2ASCII.py, that contains two functions.

The first function contained in Image2ASCII.py is image2ASCII. It can be used like image2ASCII(im) where im is a PIL image. For any image you provide, it does a few things.

The function can also be used to show the starting image beforehand or generate art of a different size. In this case, you can use image2ASCII(im, scale, showimage), where scale is an integer and showimage is a boolean value.

The second function in Image2ASCII.py is RenderASCII. It can be used like RenderASCII(text), where text is a string. The function is designed to render text from image2ASCII onto an image for easy viewing, without copy/pasting from the console. Rendering the text from the ball looks pretty much the same as the ball text pasted above. This same rendering method works quickly with big images. 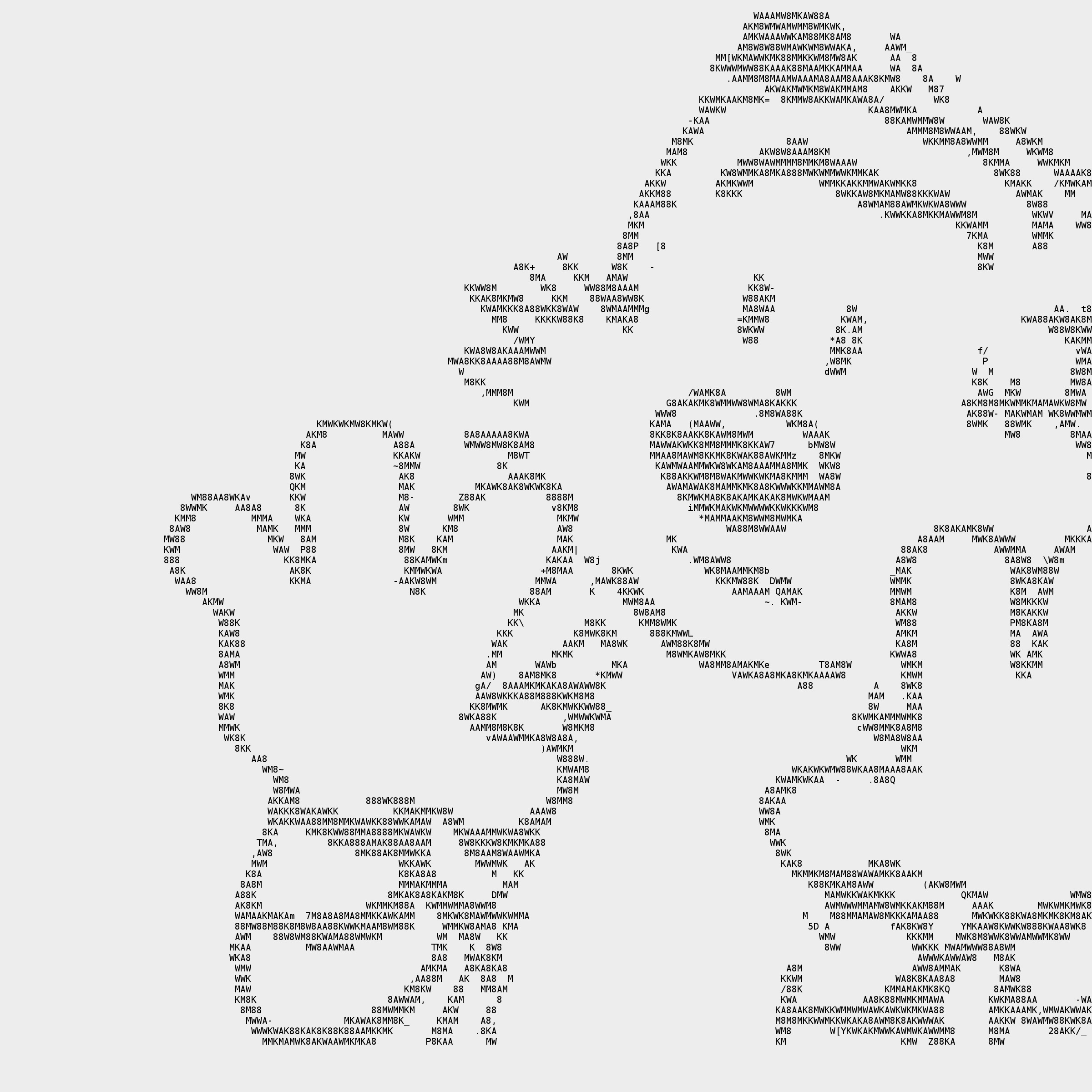 This shows a rendered ASCII art image of the provided image of Calvin.