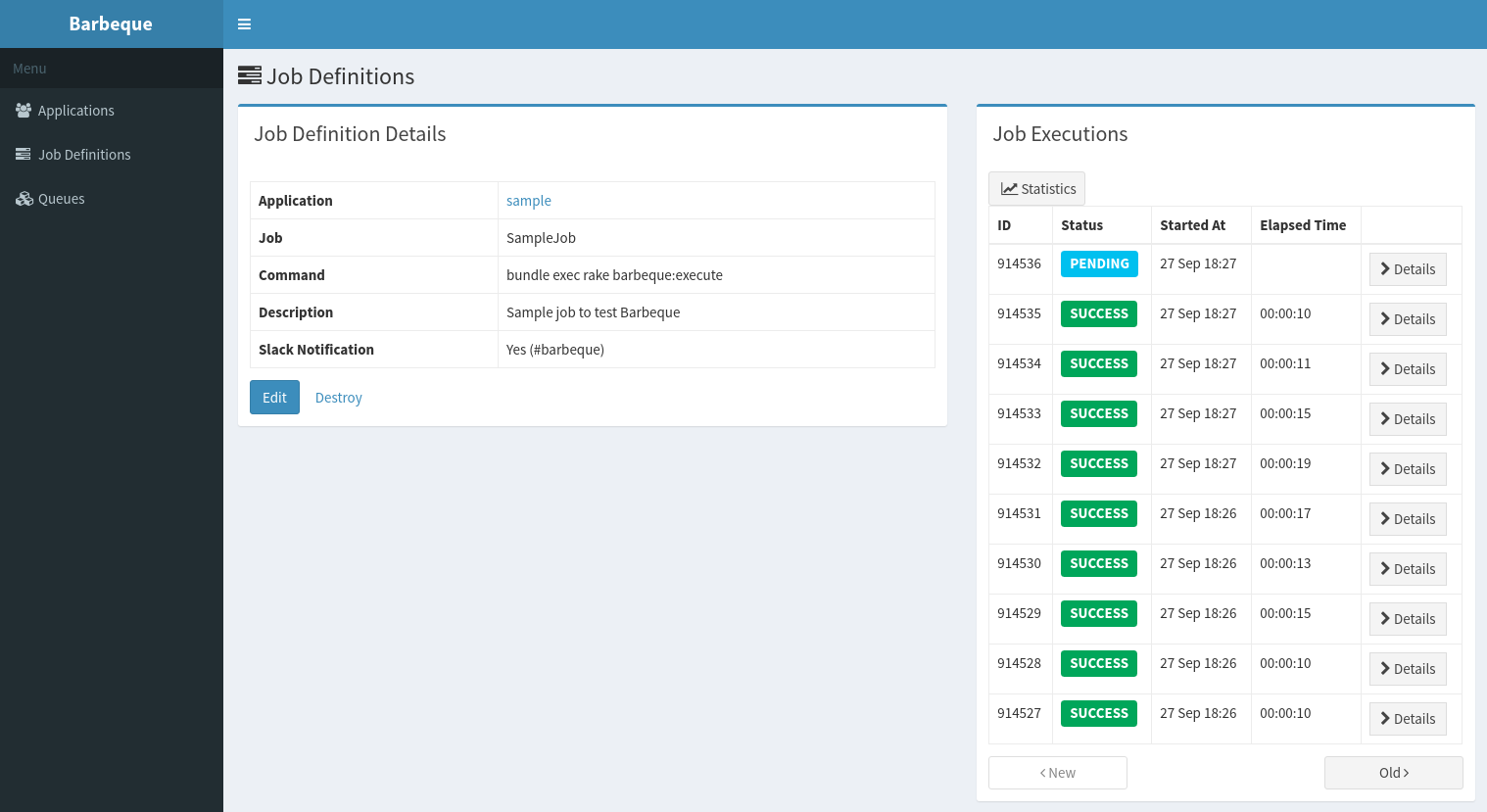 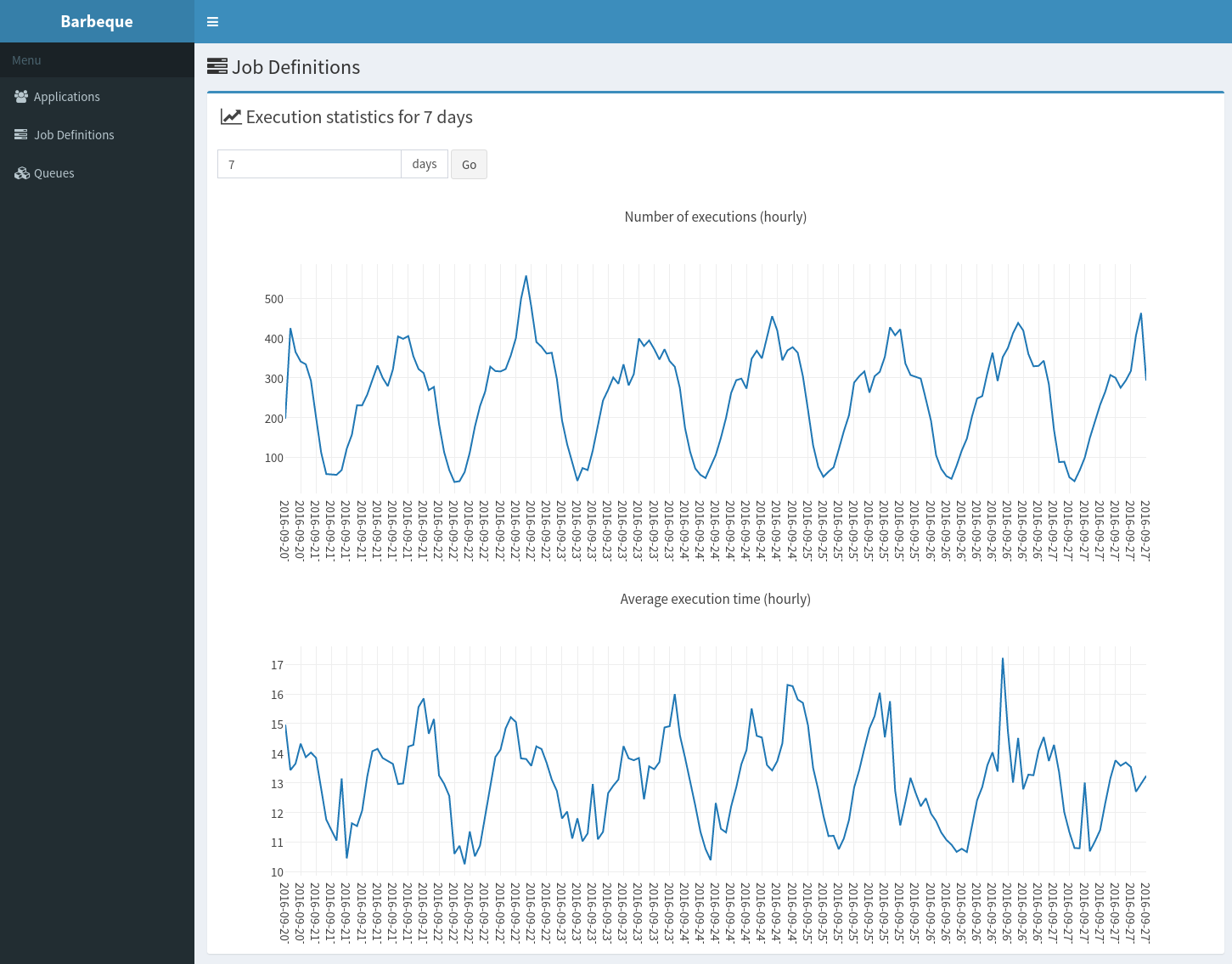 Barbeque is used on production at Cookpad.

Barbeque is a job queue system that consists of:

A job for Barbeque is a command you configured on web console. A message serialized by JSON and a job name are given to the command when performed. In Barbeque worker, they are done on Docker container.

Install barbeque.gem to an empty Rails app and mount Barbeque::Engine. And deploy it as you like.

Barbeque's enqueue API tries to be independent of MySQL by design. Although that design policy, verifying the enqueued job is useful in some environment (such as sandboxed environment). Passing BARBEQUE_VERIFY_ENQUEUED_JOBS=1 to the Web API server enables the feature that verifies the enqueued job by accessing MySQL.

Barbeque executor can be customized in config/barbeque.yml. Executor is responsible for starting executions and getting status of executions.

Barbeque::Executor::Docker starts execution by docker run --detach and gets status by docker inspect.