A library manager for anime and series (https://github.com/cosarara/fucking-weeb in rust)

A library manager for animu (and TV shows, and whatever). (A rewrite of https://github.com/cosarara97/fucking-weeb)

I have my series split over different hard drives, in nested directories with names like "[Underwater] Something Something [Batch]". That makes it hard to browse.

I then also have to remember what's the last episode I watched. And if I'm watching that series with different audio/subtitle settings than the default, change those.

Wouldn't it be cool if I could save all this information in an easy to navigate library thingy? That's what this is. 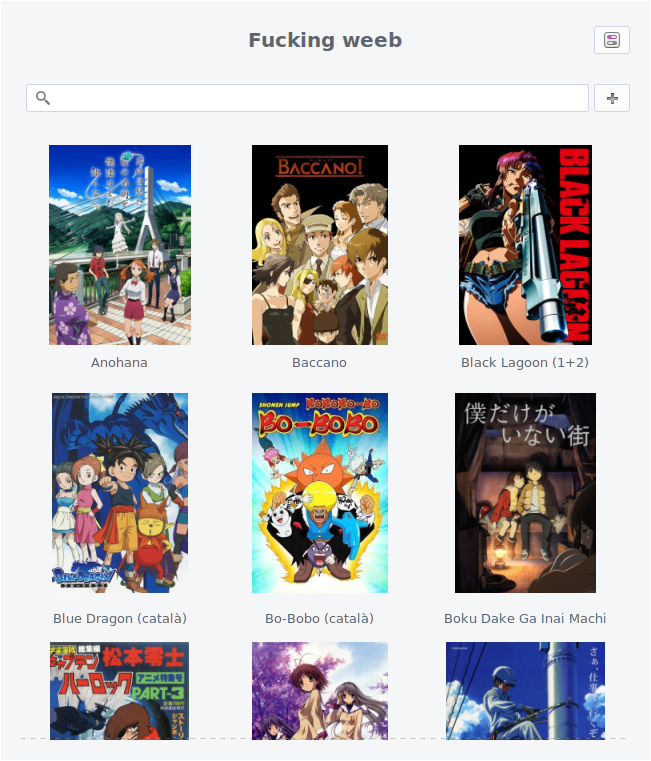 Install rust, cargo, and gtk3 then:

I wasn't having enough fun with CHICKEN, first of all because I'm a pretty bad scheme programmer, but also because I faced a couple bugs it had (which were later solved in version 4.12.0).

Anyway, who doesn't love to rewrite stuff? The second time you write a program you do it better, and faster.

A library manager for anime and series (https://github.com/cosarara/fucking-weeb in rust)