A little app for experimenting with tiny musical performance. 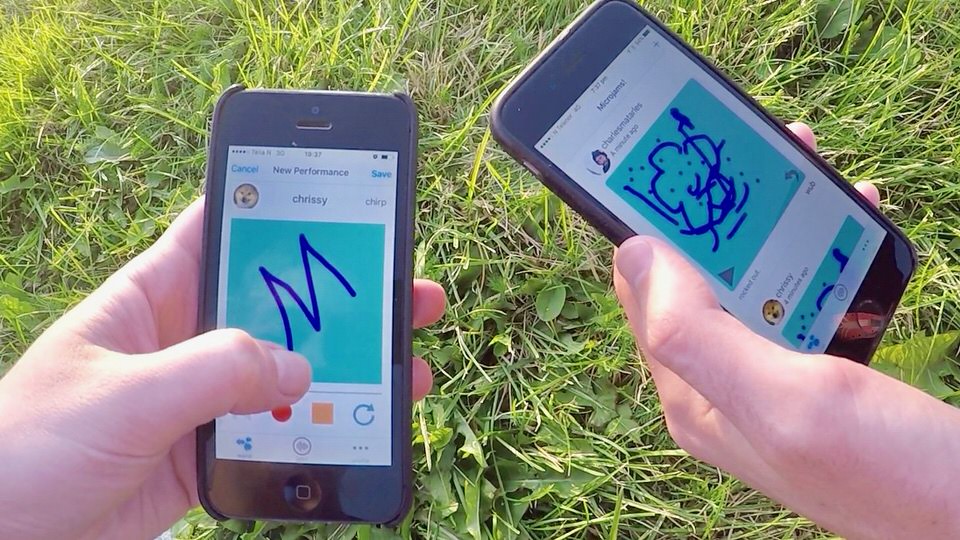 MicroJam is a mobile app for sharing tiny touch-screen performances. Mobile applications that streamline creativity and social interaction have enabled a very broad audience to develop their own creative practices. While these apps have been very successful in visual arts (particularly photography), the idea of social music-making has not had such a broad impact. MicroJam includes several novel performance concepts intended to engage the casual music maker and inspired by current trends in social creativity support tools. Touch-screen performances are limited to 5-seconds, instrument settings are posed as sonic "filters", and past performances are arranged as a timeline with replies and layers. These features of MicroJam encourage users not only to perform music more frequently, but to engage with others in impromptu ensemble music making.

MicroJam is an iOS project written in Swift and using libpd for the audio backend and synthesis components. You should be able to build MicroJam by opening microjam.xcworkspace in Xcode (currently using 8.3.3).

Synthesis components can be found in the synth components and edited with Pure Data.

A little app for experimenting with tiny musical performance.