Type4Fame is a multiplayer typing game havily inspired by typeracer.com but targeting a wider audience, a lot of cool gamification features, new game modes and ability to create your own public or private games. Get experience and money as you type, upgrade and buy new chars (not only cars, but superheroes, planes, rockets, robots, heroes from games and anime, etc.). 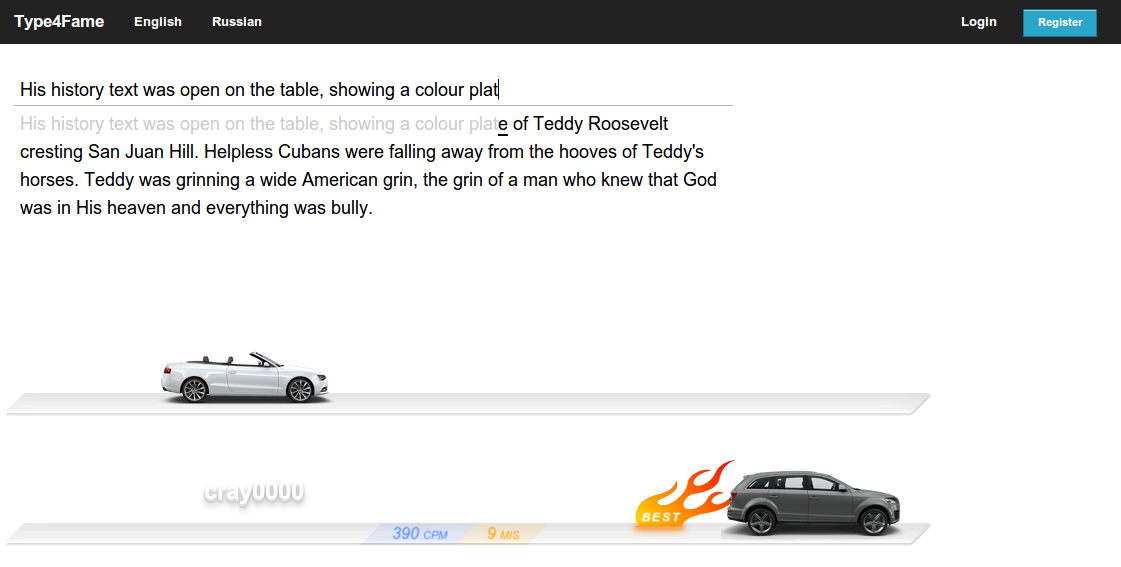 How to run locally

How to modify and contribute

You don't need to compile .coffee to .js, because it's done automatically for you. But .html.haml and .sass files need to be compiled into .html and .css. To do so you'll first need to install ruby and ruby gems listed in Gemfile:

Now you can run

and your .html.haml and .sass will automatically compile on every file modification.