Problem to Solve by Fast Finality 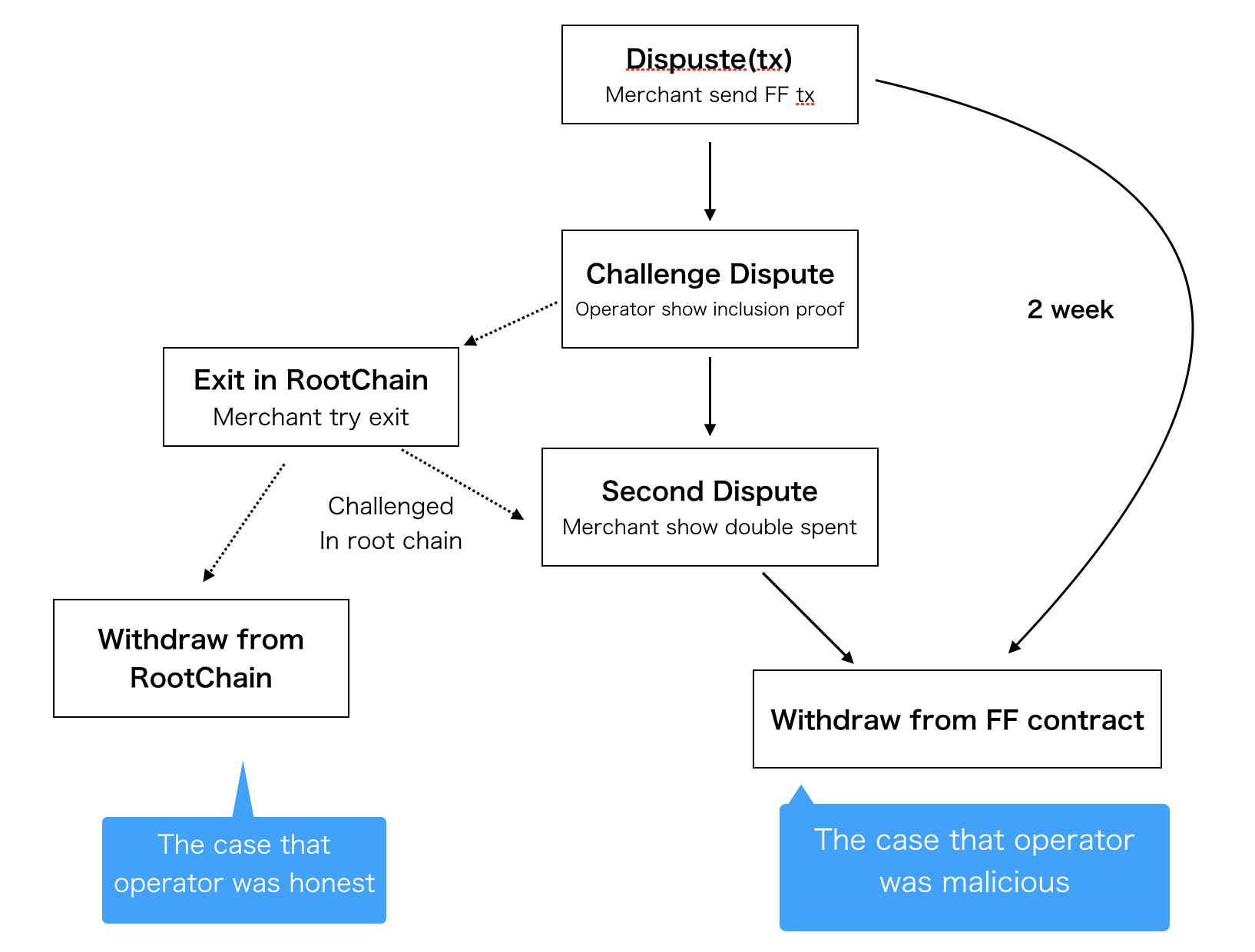 If double spend happens (or transaction didn't get included into a Plasma chain block in a certain period), Bob can send "FF Tx" with operator's signature to Fast Finality Contract. Here, Bob wants to claim that "Operator promised to include my transaction in a Plasma chain block soon, but they didn't" This assertion is called 'Dispute' in Vyper code. Bob can finalize this assertion after 2 weeks.

Operator can challenge Bob's First Dispute by showing inclusion-proof of the "FF Tx," claiming that "Bob's tx was in fact included in Plasma chain block, as I promised." In this case, Bob can exit "FF Tx" admitting that his "FF Tx" was actually included in Plasma chain block, giving up on stealing Operator's collateral. Here, there would not be any problem if Bob successfully exits without getting challenged, but when Bob's "FF Tx" gets challenged here, Bob can go to next step called "Second Dispute".

In the previous section, Bob was challenged by "Double Spend Challenge". However, Bob, in fact, might never have been a malicious actor here. That case, Bob can go carry out "Second Dispute," showing the double spending transaction of "FF Tx". It should neither be an Invalid History Challenge nor Spent Challenge because Bob has checked his coin history before the input of "FF Tx." Also, Bob never used "FF Tx" until he confirms the history before "FF Tx." In this case, Operator and Alice were malicious. After this "Second Dispute" was validated, Bob can withdraw the amount of fund transacted in "FF Tx" from Fast Finality Contract.