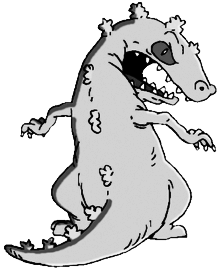 To begin with, you must select a backend:

RbNaCl is a Ruby FFI binding to libsodium, a portable state-of-the-art cryptography library.

To use Cryptor with RbNaCl, add the following to your Gemfile:

And in your Ruby program, require the following:

Cryptor can use ActiveSupport 4.0+'s MessageEncryptor class to encrypt messages. This scheme uses AES-256 in CBC mode for encryption and HMAC-SHA1 to provide ciphertext integrity.

This option is only recommended if you have some compliance issues which mandate the use of NIST ciphers or if you have problems installing the rbnacl-libsodium gem or libsodium library for some reason.

To encrypt data with Cryptor, you must first make a secret key to encrypt it under. Use the following for RbNaCl:

or the following for ActiveSupport::MessageEncryptor:

You can't actually see the secret key itself by calling #inspect or #to_s. This is to prevent accidentally logging the secret key. Instead you can only see the key's fingerprint, which is given as a RFC 6920 hash URI of the secret key's ORDO secret URI.

To obtain the secret URI, use the #to_secret_uri method, which returns a string:

This string can be saved somewhere secret and safe then later loaded and passed into Cryptor::SymmetricEncryption.new:

After this, you can encrypt with the #encrypt method:

and decrypt with the #decrypt method:

Cryptor is designed to support key rotation, allowing new ciphertexts to be produced under an "active" key, but with old keys configured so older ciphertexts can still be decrypted (and also rotated to the new key).

To rotate keys, first make a new key, but configure Cryptor with the old key too using the "keyring" option:

Cryptor can support arbitrarily many old keys on its keyring. Any messages which have been encrypted under the old keys can still be decrypted, but newly encrypted messages will always use the new "active" key.

To rotate messages from one key to another, use the #rotate method:

This is useful if a key is ever compromised, and also good security hygene in general.

Cryptor also supports the #rotate! method, which works just like #rotate, but raises Cryptor::AlreadyRotatedError if asked to rotate a message that's already up-to-date.