This is a sample demonstrating how to develop on Objective-C for both iOS and Android with help of CrystaX NDK. This is simple application which draw rotating cube and handle screen touches. Whole code is Objective-C - no Java at all.

This is simple: just open ios/opengl.xcodeproj in Xcode, build and run.

To build it for Android, the following prerequisities needed:

If you're on OS X and have the Homebrew, it's simple to install them all:

Please note, however, that CrystaX NDK should be of version 10.3.1 or higher. With Homebrew, you can check it as below:

Alternatively, you can download latest daily build(darwin, linux, windows) and unpack it somewhere:

Now, create anroid/local.mk with settings pointing to your Android SDK and CrystaX NDK installations. You can look into android/local.mk.sample for example.

When it's done, plug your Android device by USB, cd to android folder and type there: 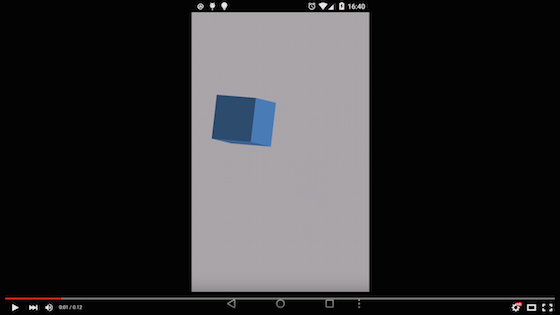